Salima Nadira, the Founding Editor of this student journal, Treehouse is one of the winners of the annual World Championship of Performing Arts (WCOPA). She is one of the queens of ‘SASS’, crowned as the Best Vocal Group of the World in Los Angeles. For the first time in the 18 year history of the WCOPA, a Singaporean band, comprising of the trio, Sophie Soh, Siti Nur’Ain and ‘our’ Salima, won this prestigious title. SASS even made it into a feature article in the ‘Straits Times’. While we congratulate the whole band of lovely ladies on their glorious victory, we are so very proud to talk to Salima, our very own Tembusian, about this proud moment.

To me, Salima, is a person who will make you feel your own self, when you are having a chat with her. You don’t have to change your demeanour one bit, to meet with the expectations of the person sitting opposite to you. So here she candidly answers some questions about putting the little red dot in Hollywood. 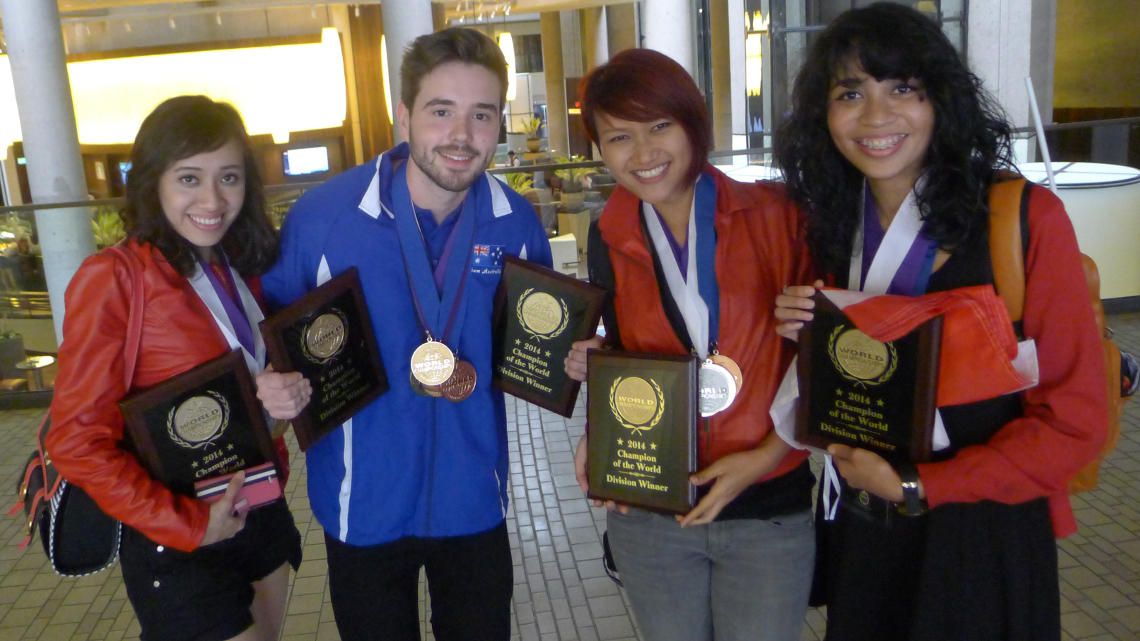 Salima (second from right) with Sophie (left), Nur’Ain (right) and an Australian contestant

Q: What were your first words after you heard you had won?

A: “OH. MY. GOD.” Also I briefly wore the most horrendously shocked facial expression known to mankind.

Q: How did others in the competition react to you winning?

A: We competed against two other teams in the finals, they congratulated us but subsequently didn’t talk to us until the next day haha, just kidding! Actually they took it really well and I think we all know they deserved to win every bit as much as we did. They were really really good!

A: I called my mom and she was so happy! My friends on Facebook were super excited about it too, they were sending me screenshots and tagging me in posts and commenting on photos. It was an amazing feeling to know that we had support from the people at home, even though we were so far away.

Q: How did you come to be singing in the competition in the first place?

One of our members, Sophie, found out about this competition on Facebook and we all discussed it and decided to give it a try. And we’re so glad we did!

Q: How did you celebrate?

A: We didn’t manage to enter an after party, so… we went to sleep. But the next evening we went for supper with our friends, the team from South Africa (incidentally also our competitors), at a diner and took a walk around downtown just chilling out. Post-competition, it was great that the pressure was off, for a while.

Q: What should everyone know about being in a final?

A: It’s not all about competition. Much of the last rounds was characterized by camaraderie – strong feelings of affection and support for each other. We had a very spontaneous jam session before the semis that was really awesome and my favourite memory of the whole experience that I will keep forever. When people won, we supported each other. That’s more important than winning.

Q: What should everyone know about visiting Hollywood?

A: It’s not like Singapore, you shouldn’t be out late at night unless you think you can handle trouble! That said, the dark corners have much to offer. (I’m talking about music and other gems.) Disneyland is expensive. Ralph’s has super cheap groceries. But if you want to spend, you may as well eat at restaurants cos it’s quite worth it. 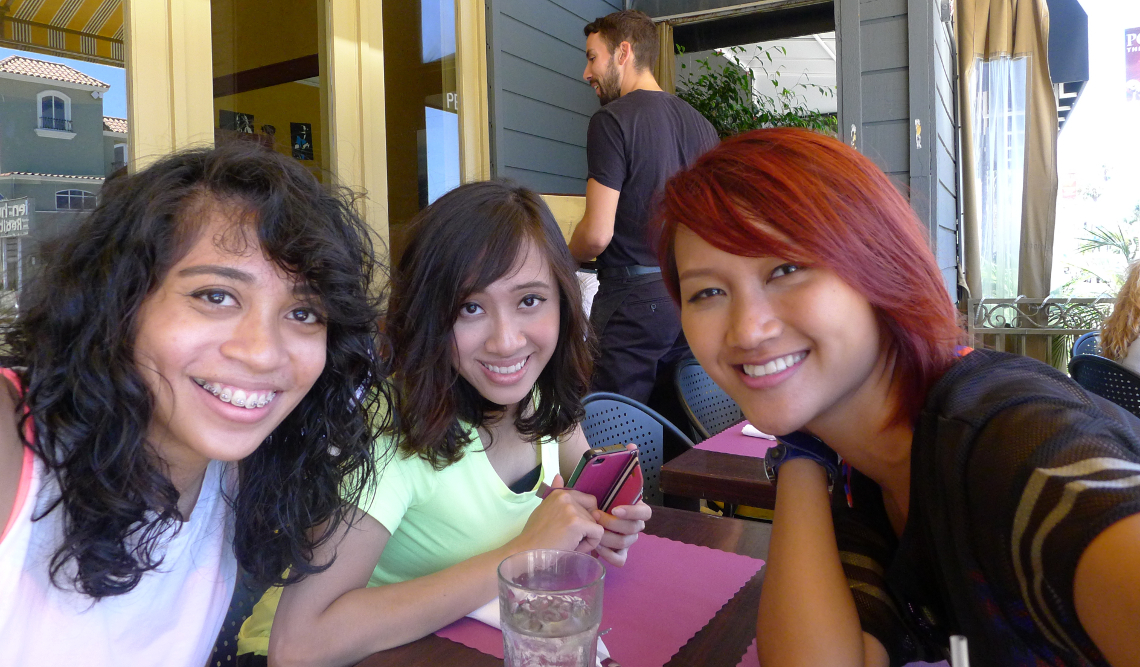 Q: What are you most proud of?

A: Having learnt to say a phrase in Afrikaans and another in Russian!

A: No concrete plans for now, but definitely want to write more originals and work towards an EP soon – maybe by the end of this year!

Q: Do you have any ‘tips for success’

A: It doesn’t matter how good, or how lousy, you think you are. What matters is that you keep going.

Q: As the ex-editor of Treehouse, what question would you ask yourself that hasn’t already been asked?

A: Nice question. If I were conducting this interview, I would ask what challenges we faced during the competition period. Ripe with potential for juicy drama 😉

So if you see Salima back in Tembusu you know what to ask her!