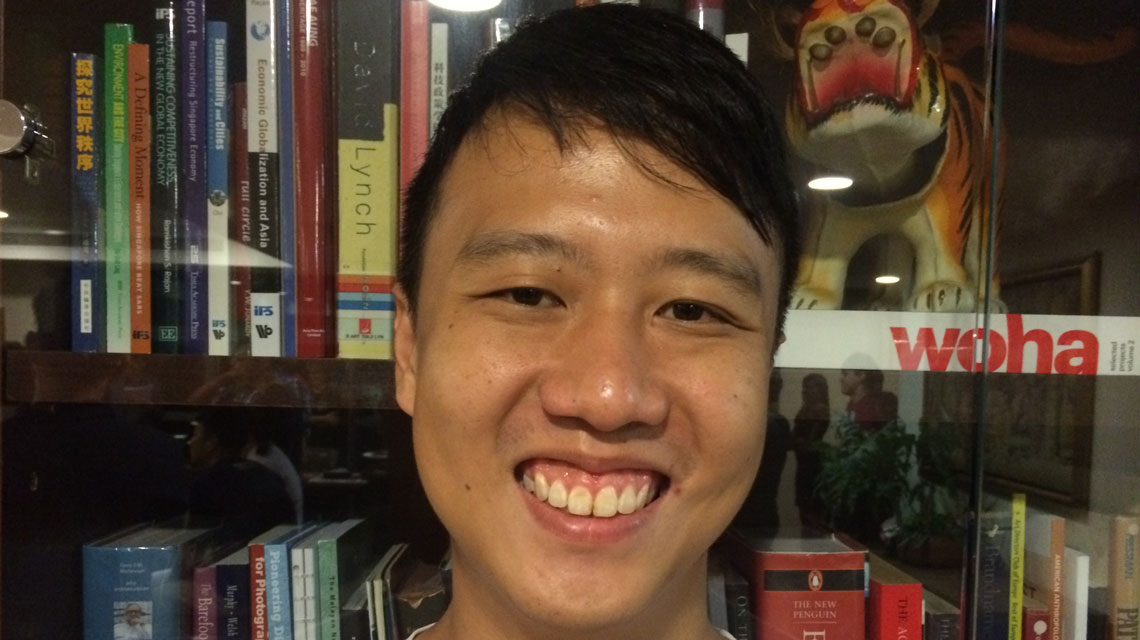 Ernest Tan is a 5th year PhD-MBA student in the NUS Graduate School of Integrated Sciences and Engineering, working under the Biomedical Engineering Department. He received his Bachelor of Engineering in Mechanical Engineering in 2016, whilst completing the three-year Design Centric Program. His current research is on the development of a bio-printing process for nasal osteo-chondral bridge regeneration, and he hopes that his work will be able to help people, as well as lay the foundation for regenerative processes using bio-printing to fabricate other biological organs.

Ernest’s interest in engineering sparked because of his mother, who is also a Mechanical Engineer by training. While it can be said that his mother is one of the strictest, she also taught Ernest how to look at the world in an analytical manner, understanding how every part plays a role in the development of an overall function. Through this upbringing, Ernest was inspired to follow her footsteps (despite her protests), and joined the Engineering fray. During his undergraduate years, Ernest undertook several projects involving medical devices, which slowly grew his passion in the Biomedical sciences and ultimately leading him to take on a PhD in Biomedical Engineering, despite having had no prior formal Biology training (something he would not recommend anyone to do).
Ernest’s story in Tembusu College began in 2012, having joined the College as a freshmen and part of the College’s 2nd intake. Through his entire stay, Ernest was actively engaged in several College activities, including being the Shan House Captain and initiating Tembusu’s Family Day. Currently, Ernest actively plays in the College’s Ultimate Frisbee interest group, Barefoots, to keep fit and healthy (hopefully). Ernest then became a Residential Assistant (subsequently Graduate Fellow) so that he can fool people into thinking he is still a Freshmen, while helping people to feel at home in the College, just like how it helped him feel for the past years.

Having written a few paragraphs in the third person form about his life, Ernest is now feeling very embarrassed and shy, and that it is a weird experience that he hopes never to do again. He hopes that people will interact with him rather than to define him based on a few paragraphs that he needs to write as part of his Graduate Fellow job scope. If you ever see Ernest around campus, just say hi or give him a hi-five (to the hand, not the face).