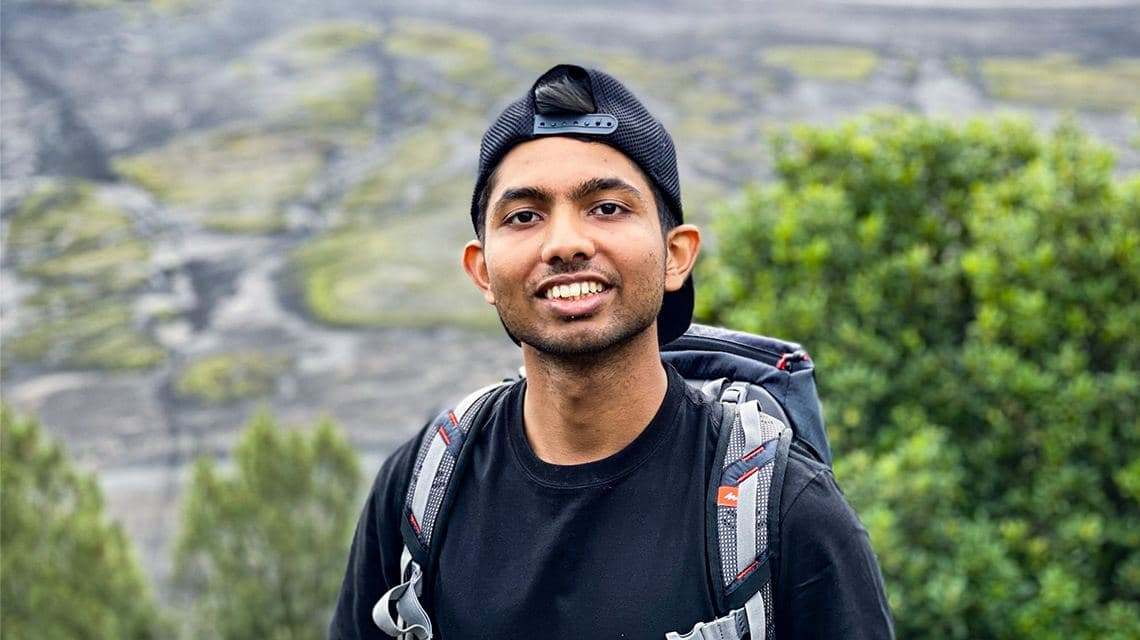 Rishi is a 2nd-year Chemical Engineer undergraduate student with a second major in Innovation & Design Program (IDP). He has participated in Tembusu events such as the Tboxing Exhibition Match whilst also serving in the Tembusu CSC Marketing subcommittee, working with his peers to get new deals for their tCard!

Rishi is also the head of the Makers space under Techne. He has spent many sleepless nights in this space designing and printing new prototypes such as model cars and (for some reason) automatic toothpaste dispensers! As an avid reader of comics, he is currently working on 3D printing his very own ironman helmet with his version of Jarvis (or as he calls “dumb Jarvis”)! The possibilities are endless, and more than creating, he loves to share this passion with others (so don’t be shy to ask him about it!).

Besides this, Rishi also has a major case of wanderlust! From hiking right into the crater of an active volcano (almost choking on sulphur gas) to crashing his ATV whilst dune bashing, he believes in experiencing all that this world has to offer! Currently, his sights are set on obtaining his skydiving licence as soon as the travel restrictions are eased. Till then, he enjoys going on long drives and some scenic spots in Singapore to escape.

In university, when his academic life starts to get intense, Rishi often finds himself picking up works written by Haruki Murakami or Kazuo Ishiguro and momentarily escape to their realities. At the end of a long day, you can find him in his room chilling to some lo-fi music engrossed in these books. Sometimes you can even see him having hour-long discussions about these books with his friends.

But of course, most of the time, he is almost always up working on some project (totally not last minute), so whenever someone needs to have a chat (or vent), even at ungodly hours, his door is always open. Feel free to approach him anytime!