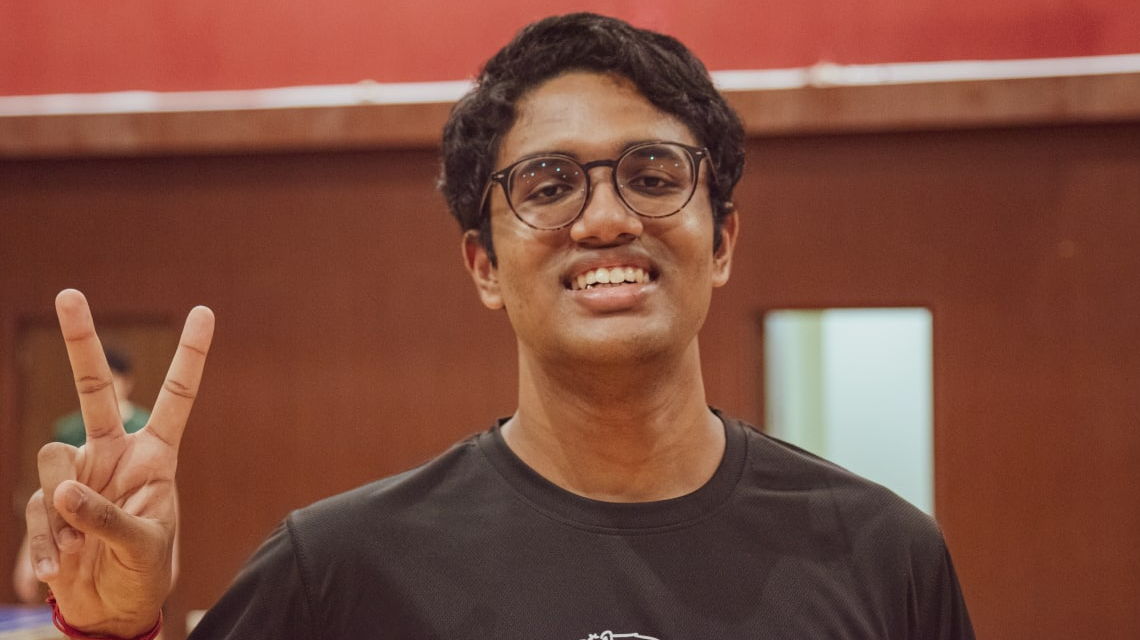 Vishnu is a third-year undergraduate majoring in Computer Science. He was previously a member of the Tancho House Committee and is excited to give back to Tancho as part of the Residential Team! He is actively involved in various college groups and has even been the Captain of the Table Tennis Interest Group (IG) and a member of the Tembolly Dance IG exco. Currently he is head of the College Meditation IG.

Vishnu loves to explore the beauty in complexity, be it when studying complex computing concepts or unravelling the latest Christopher Nolan movie plots. His interests are split evenly between food, sports, gaming, television and music. Whenever he's free, you can catch him either tuning in to his precious radio, watching sports, or making a cup of chai for anyone willing to share it with him. Although he is usually quite calm, he becomes very enthusiastic whenever anyone asks him why he is a football or cricket fan (Don't ask him if you don't have at least an hour to spend listening!). His favourite shows are How I Met Your Mother and The Office, and he has watched them more times than he can remember (and will continue to re-watch them). He believes in stepping out of his comfort zone and is always up for new experiences!

Vishnu is a believer in the idea of listening rather than hearing and is willing to lend his ear (and his support) to any of his fellow residents who wish to talk about anything that they want to, at any time of the day :)