If you had passed through the Tembusu lobby between 17 Feb and 7 Mar, you would probably have seen some geometrical structures made of plywood and some complex sketches displayed on boards set up in the area. That is, if you hadn’t been blinded by how smoothly the displays blended into the architecture of the lobby.

Those displays were part of the first SEED exhibition, a new initiative by the Tembusu Think-Tank and Feedback Unit to create a platform for students to showcase their ideas and works to the College. It was titled “Morphing Earth”, and was curated by architecture students Yonathan Kaleb Ong, Year 2, and Jefferson Jong, Year 1. Both are freshmen in Tembusu College. 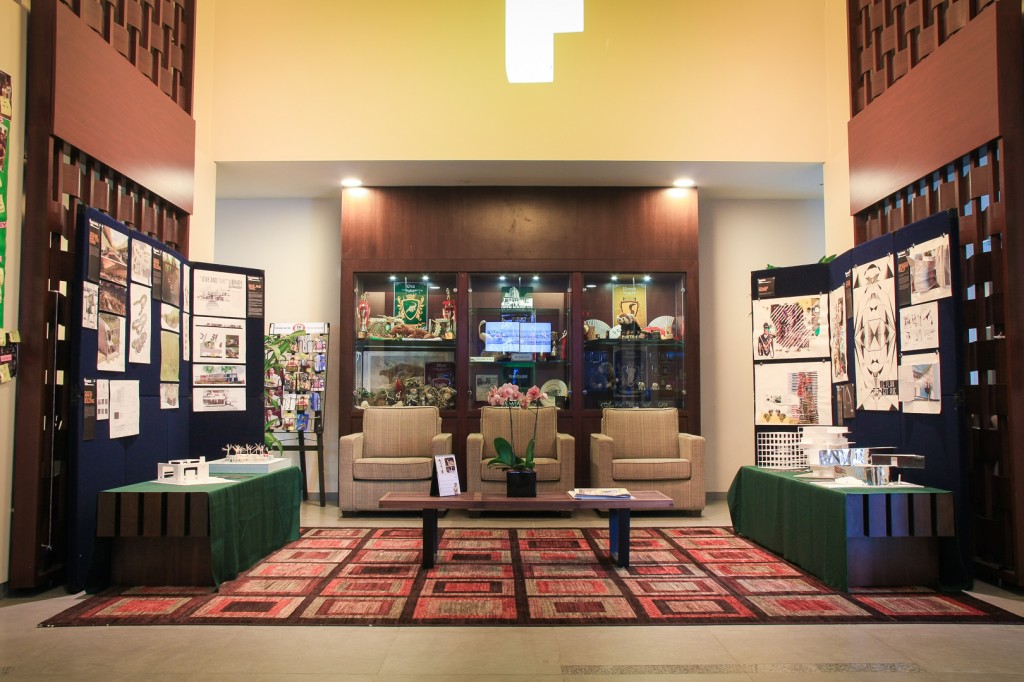 The exhibition featured more than 10 displays by 10 architecture students. Aside from artworks and models, there were also info sheets as well as a feedback form – on architecture studio tracing paper.

The exhibition may have run for three weeks, but its impact on the population remains uncertain. Only one person gave constructive feedback, a Master’s student in architecture. The majority of responses tended to be lukewarm or facetious.

Yonathan, one of the curators, felt that the exhibition may have been less accessible to non-architecture students as the displays were “too specific”. However, he highlighted the second iteration of SEED, titled “What Cartoons Teach Us” which will be bringing in the Tembudoodles interest group, as having a better chance of engaging the general student body.

The next SEED exhibition is planned for April.