On Sunday, 23 Feb at 6.30pm, Tembusu College was announced champion of the Inter-College Games (ICG), one of NUS UTown’s key annual flagship events. Tembusu earned a total of 32 points, with Yale-NUS getting 30 points, University Scholars Programme 24 points, and College of Alice and Peter Tan 18 points.

The Ultimate Frisbee teams played particularly well, scoring 15-2, 12-1 and 12-4 against the USP teams in the semi-finals.  As for badminton, some of the games were walkovers as USP sent only one team instead of two. 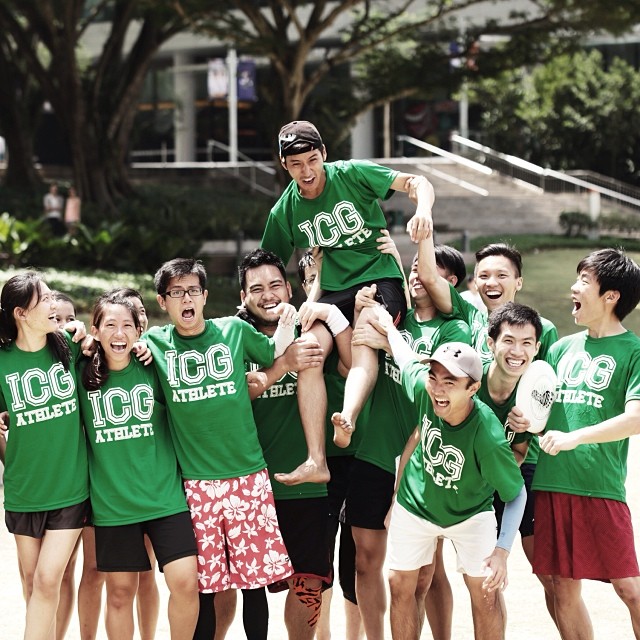 All the four colleges – CAPT, USP, Tembusu and Yale-NUS – got a base 3 points for fielding more than 10 teams. Subsequently, each college’s standing in the Games depended on their performance during the matches.

The ICG spanned two weeks, on the weekends of 15-16 and 22-23 February, and was held at various locations all over UTown. This inaugural event was organised by USP. Over 500 students are estimated to have been involved as players, volunteers or committee members.

During the match, supporters could follow the scores on the official ICG website. There was also a promotional video made for the ICG by Tembusians, shown below. Next year’s Inter-College Games will be hosted by Tembusu College.