The first time I met David Hoe was in the lift lobby in Tembusu, back when I was a freshman. He had just come back from his daily morning run. He introduced himself and asked me how I was settling into college life. He recounted how fortunate he was to have spent the summer at Harvard, while I stood there in awe.

He had met Valencia Ng, co-founder of the mentoring programme, through a module at Tembusu, ‘Social Innovation’, taught by Kelvin Pang. It was Kelvin who would later introduce them to each other as they had approached him with similar ideas – which has now become the college’s local community outreach project, Tembusu Mentors.

In my first two years in Tembusu, I lived next door to Clarence Ng, a shy but brilliant guy. I used to see him disappear every Saturday morning in my first year wearing the green Tembusu tshirt. Clarence had joined as a mentor in his freshman year, volunteering his time teaching math, physics and chemistry to the students.

Going into second year, he told me he had made the decision to lead the mentoring programme. At that point in time, I knew very little about it. On the rare Saturday mornings when I dragged myself down to the dining hall, I had seen Tembusians having breakfast with teenagers in school uniform; that was the only thing I knew about them. One night over dinner, I learnt more about the programme from Clarence. As he shared a few of the problems he was facing – I thought I could help. I had no experience in teaching, but it seemed worthwhile to spend time mentoring a student rather than lazing around in bed. I joined the programme as a mentor and was given an extended role as the programs and publicity manager.

Clarence wanted to expand the mentoring sessions beyond the classroom, continuing what David had started. Resources were scarce since the student government was not inclined to dish out the requested amount from their budget. Nonetheless, with the help of existing student led interest groups in Tembusu we managed to keep the programme low cost yet vibrant. Though it became increasingly difficult to get funds, Clarence purchased “welfare packs” to boost the students’ motivation and the occasional pizzas appreciating mentors’ work out of his own pocket. It kept morale high and the programme running. 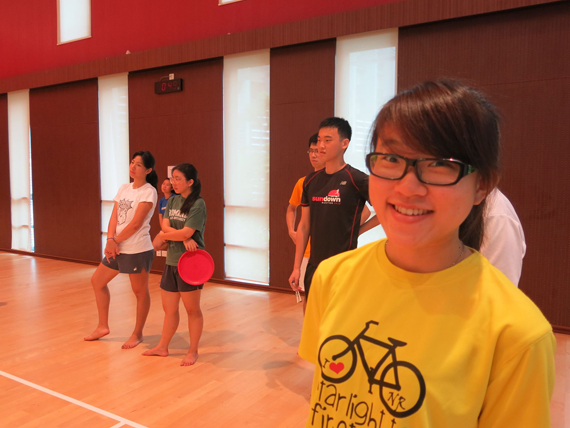 Around thirty students from the neighbouring New Town Secondary School spend their Saturday mornings at Tembusu, almost every week of the academic year. Students from the college who volunteer as mentors are paired with the students and clustered into ‘lifegroups’ of 4-5 pairs each.

Saturdays started with the mentors and student casually catching up over breakfast. As the morning inched towards nine, Clarence would shepherd the crowd into the Learn Lobe for the mentoring sessions. Ranging from English comprehension passages to tough physics problems, the students shared questions they faced in understanding what the teacher had gone through in class earlier that week. The lifegroup structure helped the students get different perspectives to solve the problem from each of the mentors in the group.

After an hour or so of going through coursework, we spent the remaining time playing frisbee with the Barefoots (Tembusu’s Frisbee team), or scrapbooking with Yarn & Glue (Tembusu’s arts and craft interest group). Interacting with undergraduates gave the students a unique immersive feeling into an academic domain that they admittedly mentioned was out of their reach each time they walked by University Town.

Beyond the few hours at Tembusu, learning tools such as Khan Academy was introduced in the most recent edition of the mentoring programs. Students joined online classes created by their mentors where they could learn from short video clips and solve problems. They also posed questions to their mentors who carried on the discussion offline when they met the next Saturday. The key message put across to them is that they’re here to ask and learn, not to listen and memorize – something that the students require time getting used to. 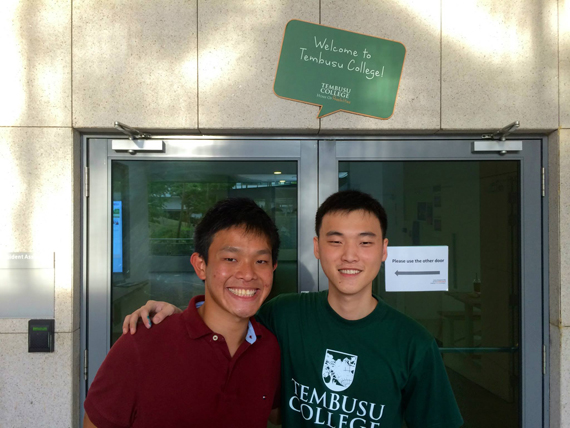 Slated for the future

This year’s programme is being led by Eurona Ang, Alison Chew and me. Plans in the future include introducing more online learning tools such as Edomodo. There are programmes in the pipeline to cater to a learning week during the school holidays which will involve character building and critical thinking activities on top of building academic skills.

We’re always happy to share our experiences and answer any questions you have. You can drop me a line at saha@nus.edu.sg for more information or visit Tembusu Mentors to contribute to the group.