The striking electric blue of the Inter-Varsity Player shirt commanded much attention that its humble wearer was unaware of. Si Hao, our very own 5th CSC Sports Director, exudes his love for sports visibly even before the interview starts. Apart from the sheer passion for the sports and his adventurous spirit, Si Hao can also be characterised as an affable and approachable person.

I learnt that in his free time, this year 2 Electrical Engineer enjoys unwinding through soccer with his friends outside of school. Closer to home, just last year, Si Hao represented Ponya in the annual Tembusu College Games for soccer and went on to represent Tembusu in both Soccer and Tchoukball in the Inter-College Games last year. With passion for two vastly different sports, it is not surprising to see him practicing with Tembusu’s Tchoukball Interest Group (IG) on Thursdays. Affectionate and joking nicknames aside (naturally, we should ask his Tchoukball friends for more details), Si Hao is an amiable and disciplined person whose prowess in sports is recognised by both his friends and the university.

Perhaps most intriguingly, Si Hao is an Inter-Varsity player representing NUS in one of the more uncommon but no less demanding teams – the NUS University Lifeguards Corp. As he chatters enthusiastically about the responsibilities of being in the team and the competitions he has taken part in, he slowly sheds his initial soft-spoken air and reveals fire in his eyes that mirrored his zest for the sport. 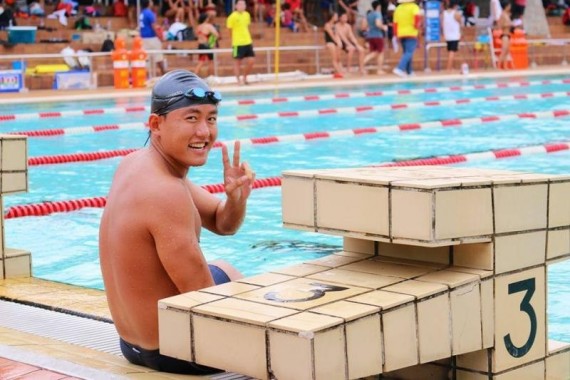 Si Hao at the 37th National Life-Saving competition this August

Though he has yet to explore the treasures of Gaia, Si Hao shares about his wanderlust and desire to explore nature in foreign lands. He hopes to be able to fulfill his dreams with the confirmation of his exchange to Sweden’s Linkoping University. Truly a part of the reds, this Manchester United fan reveals that one thing making it near the top of his bucket list is to visit the Theatre of Dreams in the Red Devils’ home ground, Old Trafford Road. 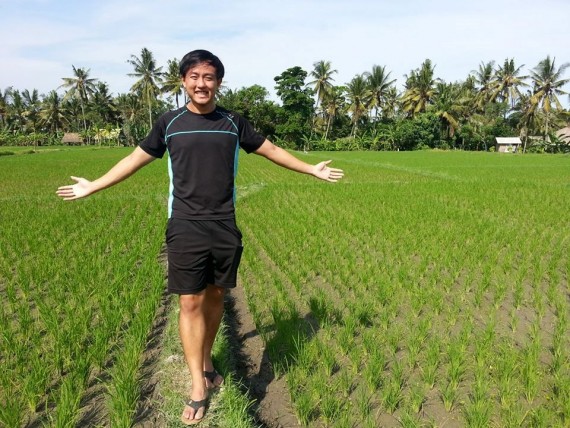 One would assume this sports junkie had always been in a sport co-curricular activity, but Si Hao admits that this was not the case. In Admiralty Secondary School, he was a member National Cadet Corps (NCC) – where I suspect his sense of discipline might have stemmed from. In Yishun Junior College, he stepped out of his comfort zone, experimenting with Tennis. Si Hao exudes an impression of someone who has developed an adventurous spirit in him. Though he expresses that he is satisfied with the gamut of sports IGs Tembusu offers currently, he would definitely entertain ideas of new sports IGs, encouraging us to try out something new too.

Truly active in all senses of the word, Si Hao also actively pursues improvement in his studies. Despite his achievements, he remains humble and values diligence, actively striving towards being more conscientious. He voices out the nagging fear for students – that we might slip into procrastination should we lose the momentum of being hardworking. He expresses that, unlike some of his friends, he wishes to continue loyally with engineering as a profession when he graduates.

When asked what his favourite food was, Si Hao hesitantly reveals that he has a weakness for chocolates, worrying (needlessly) that he will be judged for this little indulgence. In all honesty, I believe a majority of the student population would empathise with his Achilles’ heel. Not only is chocolate his favourite food, but it also doubles as his guilty pleasure. In his own words, he declares more fervently that he is not picky with his choice of chocolate, “If you give me any (kind of) chocolate, I will eat (it).”

Although hardly a movie-goer, Si Hao still enjoys indulging in a little sedentary time in front of the screen, ironically, watching people chase after each other in the popular hit Korean variety show – Running Man. Besides that, he shares that he loves watching documentaries of wild cats and observing their behavior. He reveals that he has never cultivated the habit of reading, yet the famous Harry Potter series that nurtured our imaginations and left us gripping our seats for more has also managed to captivate him, leaving him with a sense of pride upon finishing all 7 books.

Si Hao may have been a stranger to me when I first met him, but I left feeling inspired by him. He is truly one of Tembusu’s multi-faceted gems equipped with an array of hard-earned abilities and interesting idiosyncrasies. I do sincerely wish him all the best on his quest of uncovering nature’s marvels. I believe that Tembusu is in the hands of a responsible Sports Director and look forward to other events he has in store for us.