Tembusu College is known for taking class discussions and field trips up a notch. Gone are the days of sitting in lectures, dozing off, and not understanding why we are taking a certain module. It is hardly any surprise that an arts student like myself would not be able to grasp the concept of nuclear reactors without seeing one for myself. Professor Prakash, the in-class professor, was so kind as to arrange a field trip to Malaysia’s nuclear research facility to enhance our learning journey. And the class jumped at the chance to drive out of town for a couple of days during e-learning week to actually learn something at the ground level. 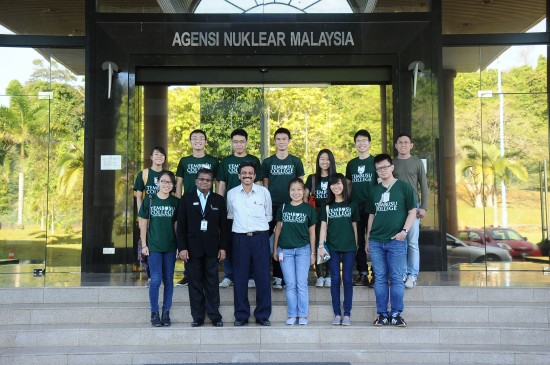 The class at Nuklear Malaysia with Mr Bala the PR rep

The first information that struck me during the visit was that the research facility had its name changed five times since its formation in 1972. Being a political science major, my first response was to wonder why that was so. Organizations usually have their names changed when shifts occur in the top echelon of its leadership. I would enquire more about this but it felt intrusive for a mere visitor to probe into its bureaucratic history, so I left it as that.

The visit was filled with eye-opening experiences, tons of question-asking, and a sense of being somewhere where exciting things were going to happen. We saw a real nuclear reactor sitting massively in the middle of its core facility, had our turn at measuring radioactive materials existing in the air and on our bodies, and listened to actual facility workers telling us about the perils of working with radioactive materials every day. Strict precaution procedures have to be taken by staffs handling both reactor systems and radioactive materials. Gloves, masks, and other products contaminated with radioactive particles are immediately treated as waste to be disposed in a separate centre. 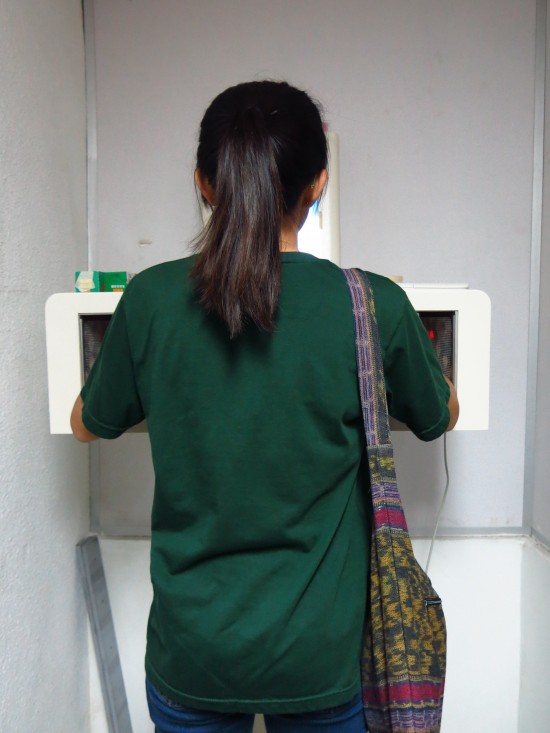 Yuwei steps unto a machine that measures radiation on an individual. This was after the class spent some time in the reactor room. 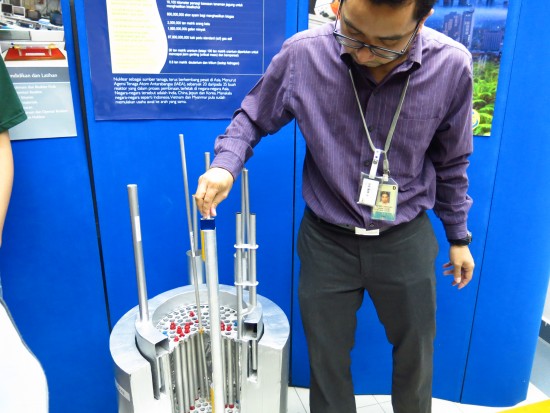 Nuclear Engineer Alfred explaining the workings of a nuclear reactor core with a mock up before we saw the real thing.

Mistakenly, many associate the word ‘nuclear’ only with uncontrolled radiation from nuclear bombs or nuclear plant accidents. But radiation doesn’t have to be as such. Careful handling of such an element serves mankind greatly – X-rays, radiation therapy, security scans are examples where we come in contact with it in safe amounts. A staff at SINAGAMA, one of their research centres, explained that Singapore employs Malaysia’s nuclear facility too – cartons of products like gloves and food are sent over for elimination of microbes before selling them to customers. Such is the practical usage of radiation in non-energy and non-medical uses. 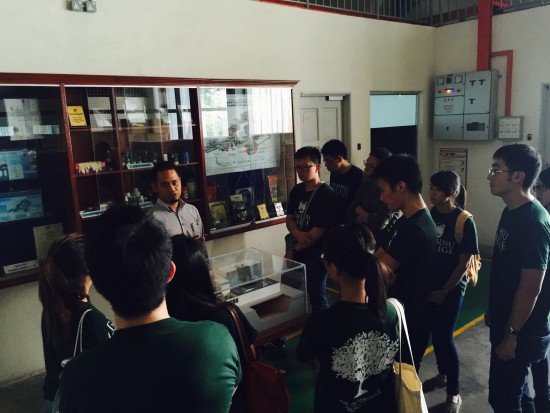 The class is given a short lecture at the facility on how gamma radiation is used to sterilize medical equipment and also foodstock.

This field trip was definitely one of the most exciting ones I have been on. The rules to which nuclear energy is produced belongs to the realm of science, but the constant dilemmas surrounding ethics and law of production and usage is undoubtedly a social one. Gone are the days of separation between science and arts – we live in a world where the two interact endlessly to bring progress to humanity.

About the Author:
Michelle is a year 2 Political Science major whose dream internship is one with the United Nations, but wants to work in developing countries after graduation. She believes that a university degree isn’t meant to help her achieve big bucks, but to enable her to build a better future for the less fortunate. Loves talking to people, and is able to survive stranded with a pen, book, and some good coffee.