The annual Tembusu House Games took place recently on the weekend leading in to recess week. A friendly competition between the five houses in Tembusu, it often serves as a highlight for the sporting types to claim glory and contribute to their house. This year, participation was at an all time high, and the floorball finals between Shan and Ora had a record turnout, with many members of both houses, both sports and non-sportspeople alike, coming down to support their housemates.

“Face off,” stated the referee as he signalled to both teams to resume the game. There was an unsettling silence for a moment as the greens and whites, supporters and players alike took that fraction of time to gather their own composure and set their focus back in the game. A goal down, the Shan players in white sought to pull off a comeback and make the upset happen, while the green shirted Ora players were looking to repeat their commanding victory earlier in the round-robin stages earlier in the day.

The Shan vs Ora floorball fixture has always been a spectacle to watch. While the level of competition does not brag anything even close to that of national representatives, the intensity, passion, and atmosphere has always been something special – as evident by the two groups of people huddled around the entrances to the Multi Purpose Hall, shouting, chanting and screaming away in support of their housemates.

A series of swift passes finds an open player on the flanks for the Ora team. Quick to capitalize in on the opportunity, the shot comes through, sailing into the back of the net. Screams and cheers erupt from the green half of the hall, ecstatic at their team’s performance. The white half were visibly impacted. Words of encouragement were shouted; “Come on guys, we’re still in this!” served as a rallying cry for the white team as both sides swapped their players around to keep the legs in the game fresh and ready to perform. 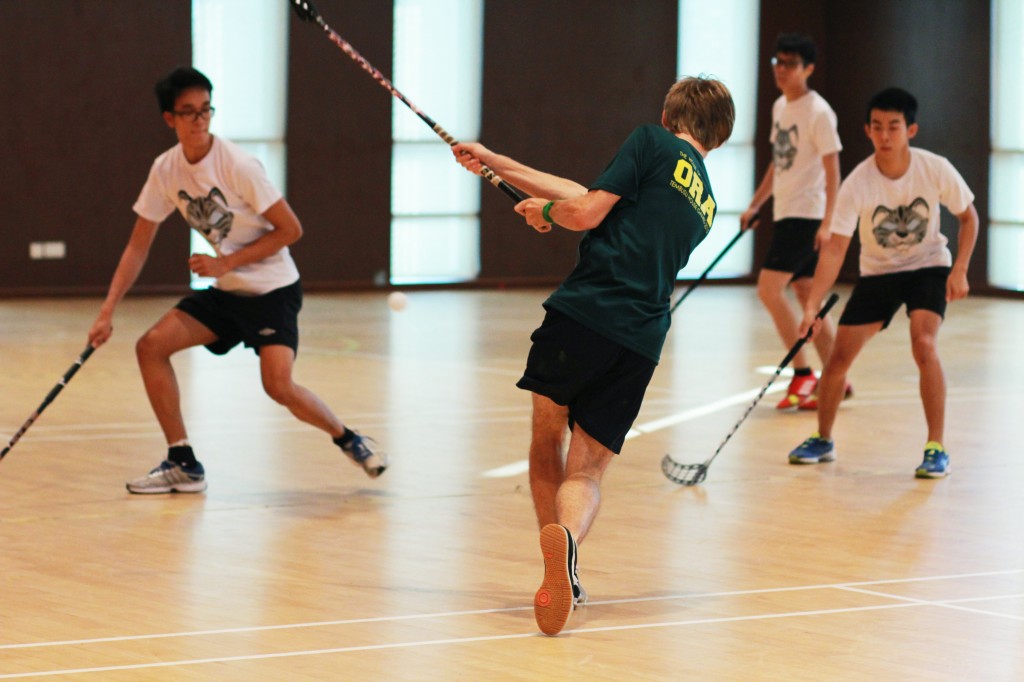 The premise of the game is simple – score more goals than your opponent by the end of the game. Each team fielded four players at a time, running on a rolling substitute system where players could be swapped out for the reserves at any time.  Strategy played a part in how each team rotated their strong players around. The Shan team went for a balanced approach, distributing their strong players evenly, while Ora stacked their strong players in the opening line up to grab a lead, a strategy that had been effective thus far in the competition.

The players in green that had come in for the Ora team were considerably weaker than their star line-up that had secured them the earlier lead, but it was enough. Defend they did, and they brought the Shan offensive to a halt. The Shan team dominated the possession in this period, repeatedly trying to find an angle of attack in order to get on the board, but try after try was foiled by the defense in green. The halftime whistle was blown and both teams retreated to the sidelines.

Attrition plays a part in such events. While the length of each half might not be extremely long or demand large amounts of endurance to slog through, both teams had been playing since the morning. Having to play right after their last match of the round robin, the Ora team was feeling the fatigue creep up at them, having had to play back-to-back matches going into the finals. The Shan team, on the other hand, were plagued by injuries sustained throughout the course of the day, with ankles being sprained and a horrific accident leaving one of their key players with an abrasion down the face and collarbone as well as a torn earlobe.

Returning to the game, the Shan team decided to pull out all the stops, fielding a series of strong players to put pressure back on the Ora team. The green half of the court were still recovering and went for a change of pace, distributing their key players evenly to balance out the amount of rest time they had. The first goal of the half soon came, this time being slotted in from the Shan team as the hall once again burst into screams and cheers. The Ora team, not willing to relent, pressed back hard and tried to re-establish the comfort of their previous lead. Try after try came through from the green shirts and there were many close calls, but the defense held tight and a loose ball allowed the Shan team to find the equalizer they were looking for. The crowd on both sides of the hall bursts into cheers and chants for their respective teams. The air within the hall reverberated with each chant as the game was blown wide open with less than 3 minutes on the clock. 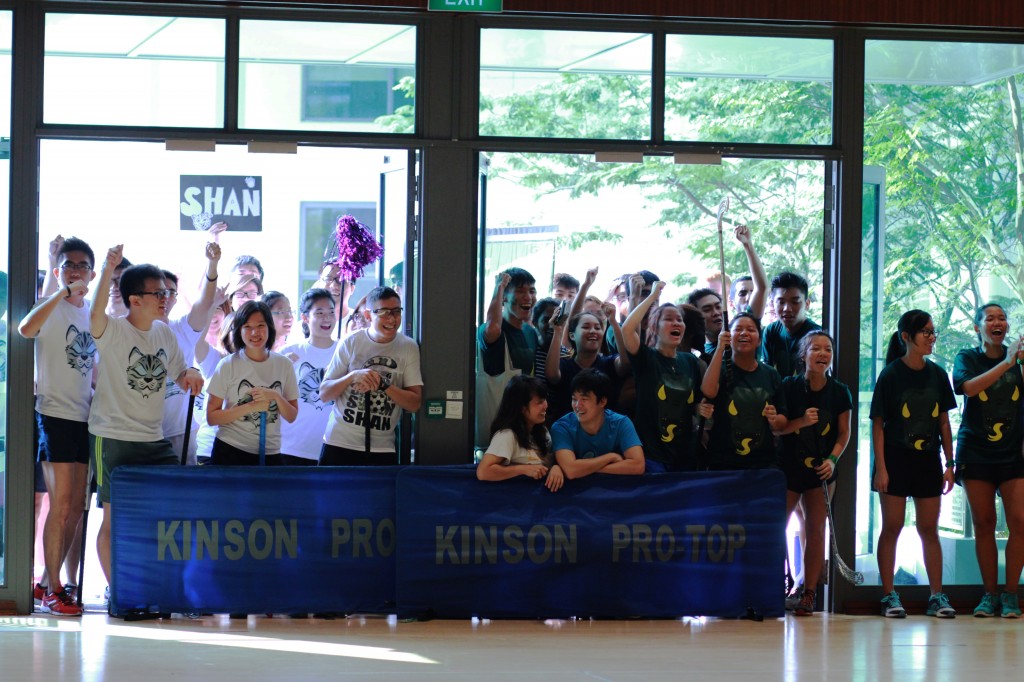 Talks of the possibility of penalties as a tiebreaker emerged, but neither side wanted it to come to that. It would feel less complete, the victory less whole and the stress on each player amplified if the scores were to be tied at the end of the time period. Then again, a win would be a win, and amidst the exhaustion the notion of simply playing the remaining minutes defensively was an idea that was almost entertained, but could either side risk playing that effective coin flip?

Now playing for all the marbles, Ora swapped their key players back onto the court. The fatigue was obvious on both sides as the pace of the game slowed, but runs were still made and attempts at goal still came from both sides. Sluggish would have been the word to describe the play on the court, but the spectators were unrelenting, every pass, interception or attempt by either side was met by a resounding chorus of cheers. A play comes down the flank from an Ora player, attempting to sneak around the goalpost and push the ball in, the defender stops it and cheers break out. The Shan team finds a pass down the center, but a botched finish sees it fly wide and again both sides rally out to their players.

Through a good series of passes and movement, a Shan player fires a shot on goal. It hits the defender, ricochets off the side bar and lands in the goal. The referee blows his whistle to confirm it. “Ten seconds!” announces the referee. Knowing their time is running short, the Ora team pulls wide to try a final shot, the cover is good and a pass is forced instead; a second try arises but once again they are unable to find the angle. The final whistle then blows, confirming the 3-2 comeback the Shan team has achieved. 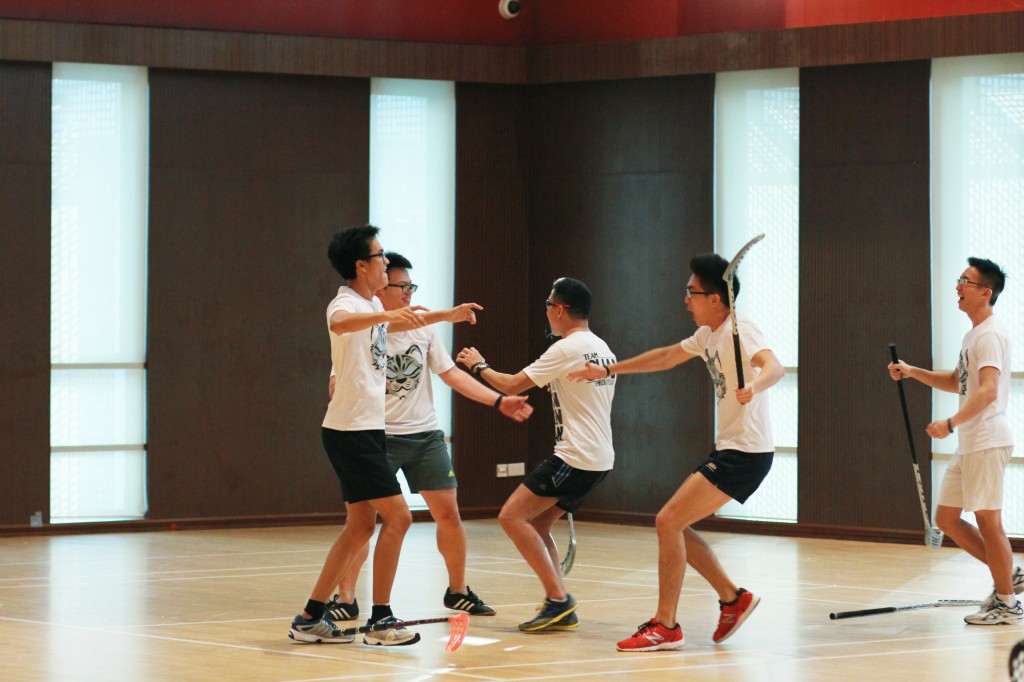 If the result is good? Thumbs up man.

About the Author
As a competitive gamer, Jensen’s personal field is the study of winning. As a Shoutcaster for Garena League of Legends, Jensen loves to discuss the E-sports industry: how is it perceived? And how does it interact with our society? He is also a firm believer that competitive gaming will be recognized in the future. Trust him, he’s an engineer.