Perhaps constructed, like walls from cement; perhaps imagined, in minds of collectives; sometimes markers of identification – inside, outside, within, there; maybe temporal, or maybe timeless – spaces exist.

But surely, spaces, more than exist.

As a residential college that often prides itself on its diversity, Tembusu College is where personalities and purposes converge. We are not singular, certainly.

We are a multiplicity of spaces, inhabited and interpreted. Based on the sheer physicality of the college, layers of meaning are created and overlaid upon one another, elucidating a vision we have come to believe for and of ourselves – a home of possibilities.

A multiplicity of spaces emerges from our living in this college. The dining hall is enlivened by casual banter over breakfast or dinner, but is calmed into solemnity when it transforms into a study area near the close of the semester – the same tables, the same whirring of the fan, but with a different form of solidarity. Seminar rooms are where sessions of formal learning are conducted by day, and where informal exchanges led by interest groups are held by night. Corridors make for lengths of conversation between neighbours, the collection of thoughts from quiet saunter, or gasps of breaths in a rush for the lift.

It is in being inhabited, that spaces themselves assume meaning. Spaces are incubators of ideas and gatherings of attitudes, from its dwellers and occasional passers-by. It is also in this luminosity of spaces that we find ourselves living ever more vividly.

Yet, so precarious are spaces that it is easy for them to conflate and then collapse. The risks of singularity and of stagnancy may threaten to render spaces weak and empty.

As much as the walls and the doors open up arenas for interactivity, it is easy to allow these physical attributes to stiffen into boundaries that confine and stifle. Admittedly, definition brings clarity, as the drawing of explicit intentions for spaces helps to focus energies that might otherwise be scattered. A concentration of ideas and peoples empowers. 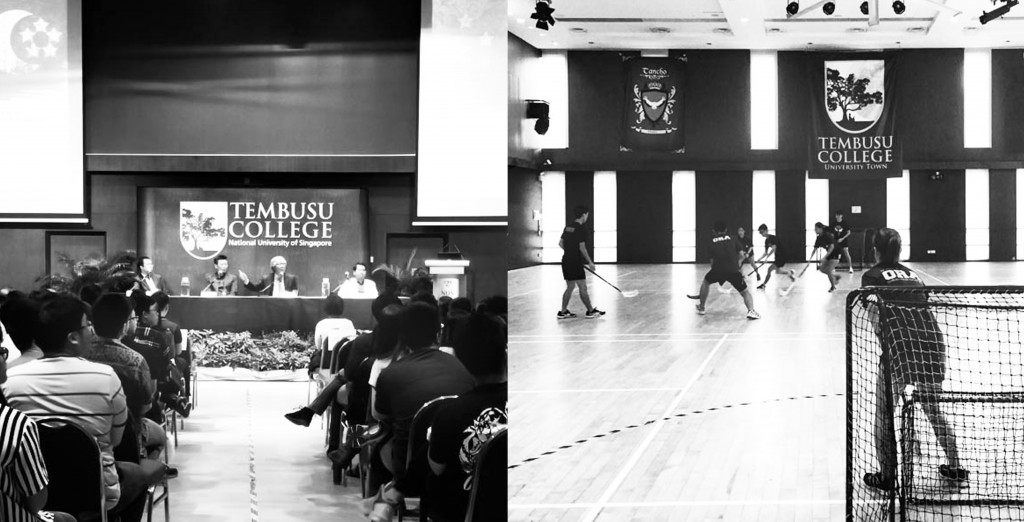 The Multi-Purpose Hall is graced by dignitaries and experts during Tembusu Forums, and converted into arenas by our sportsmen during Tembusu House Games.

Boundaries, however, are erected when such specificity to spaces excludes and distances. Beyond a denial of access, those not of coincident interests may never find upon themselves the opportunity or need to encounter certain spaces. Specialisation is unifying, but so does it breed singularity. Openness is two-way – for those naturally protective of their designate spaces to share, and for those with no apparent coincident interest to explore.

Furthermore, the appropriation of spaces may unintentionally be confining. There may be inspiration through trying to live within spaces defined by predecessors, but there may also be struggles as we are situated within a time and space distant from ourselves. Whether for the purpose of nostalgia, or by the effects of fear and respect, there is often little will to re-interpret spaces that have already been defined. 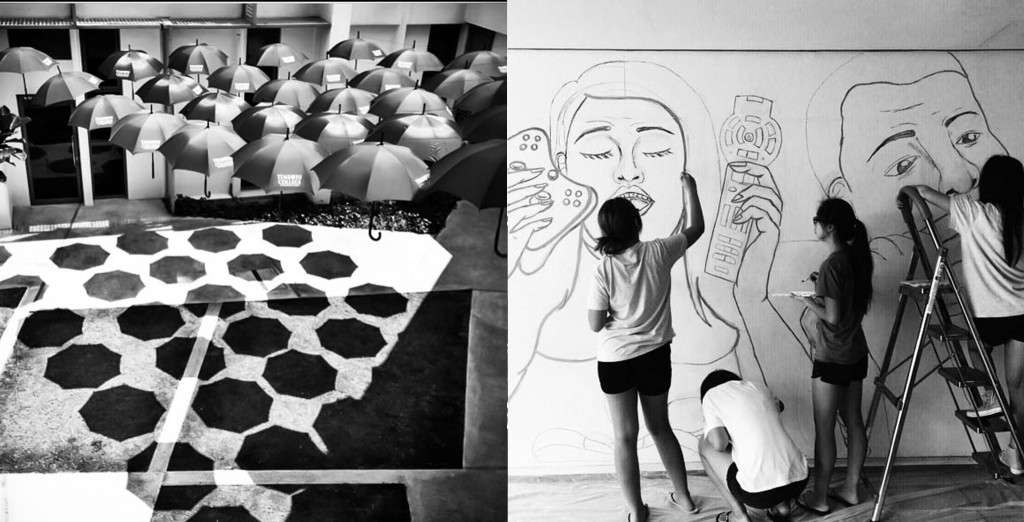 Nonetheless, while possibly restraining, the appropriation of spaces may serve as important markers of history. Like the filling in of pages in an archive, this process helps to document the lives of particular peoples through these spaces. It is perhaps important to retain a sense of our past because it illuminates successes and lessons learnt that serve as blocks upon which we climb higher.

The challenge then is perhaps, to connect.

Space, itself, semantically, suggests vastness. Like air, that penetrates, fills, and inflates. Spaces are for one to be, not simply within, but widely and expansively. Precisely because of our multiplicity, the college is of being all-encompassing, and perhaps thrives as much as its people do. Hence, maybe our task is to connect generations of Tembusians through spaces that were but more importantly, will be and could be.

In our fifth year of existence, as we gradually move away from being new and from the unprecedented, there is an increasing need to forge a connection between our past and present, and then future. And so, we connect individuals with spaces they otherwise would not explore, and with a history and meanings that came before them. This forges a fluidity across time, and across multiple interpretations of spaces. It is only in connecting, that there may be continuity but also creation. Only then, do we live, and not merely exist, in our fifth year and beyond.

Spaces must more than exist.

Everyone will find their answer to residential college life not in a single paradigm of space, but a vivid imagination of a multiplicity of spaces that is all-embracing, and authentic to each self.

About the Author
Mad for adventure and stories, Jesslene often walks down unmarked streets and talks up wild strangers. Leading quite a monochromatic, unplugged life, she also loves wandering about.