The monstrous beast lumbered slowly towards me, its forked tongue flitting in and out of its mouth. I gazed into its yellow eyes, looking for any sort of indication that it was about to unleash one of its famously lethal bursts of pace to catch its unfortunate prey. Thankfully, it slumped its languid body against the sandy ground, deciding to catch some rays of sun instead. The famed Varanus komodoensis, otherwise known as the Komodo dragon, lay just a few feet ahead of me. 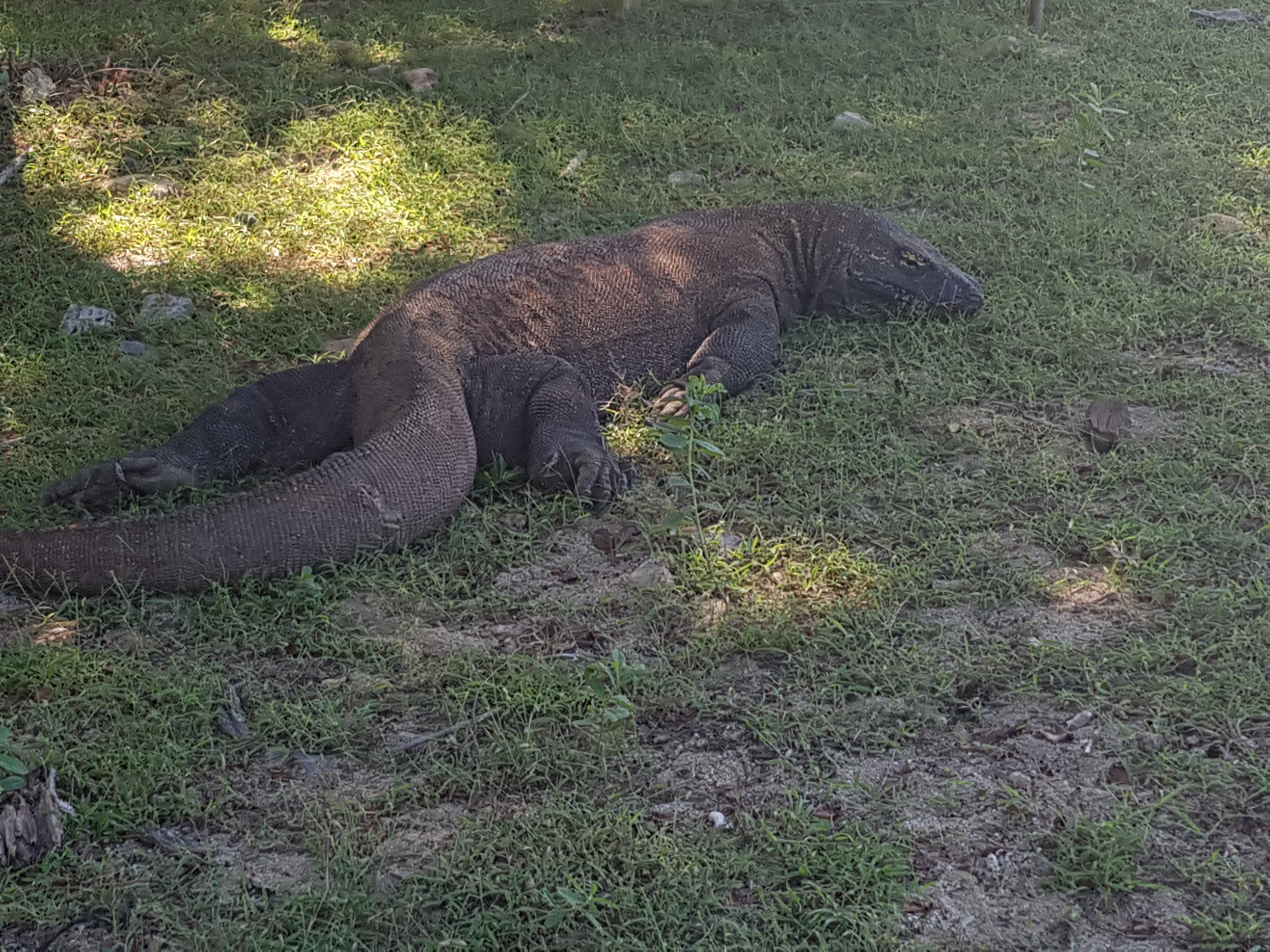 A 2014 survey of the Komodo National Park indicated that 5918 Komodo dragons inhabited the five islands of the Komodo National Park in Indonesia. The Komodo dragons have been widely hailed as Indonesia’s conservation “success story”. Where numbers of many other threatened species have been dwindling, the population of Komodo dragons have been steadily increasing in recent years, partly due to the management of the National Park. The transformation of the park into a tourist hotspot has resulted in greater revenue, which in turn has led to more careful management of the conservation effort there, in order to maintain the popularity of the park.

At first glance, all might seem well with the eco-tourism efforts there. A typical trip to the Komodo National Park entails touching down in Labuan Bajo, where your tour guides will wax lyrical about how in recent years, the small coastal town has enjoyed booming business thanks to the increased numbers of tourists visiting the dragons. The boats to bring you to the park are well-stocked, comfortable (some even have air-conditioning!) and generally nice to enjoy the four-hour journey there. The park’s rangers are friendly, knowledgeable, and vigilant to ensure that you don’t become the dragons’ next meal. You get to see the dragons in their natural preserved habitat (and they are really majestic), get your standard photo with one, peruse the usual souvenir market selling wooden dragon figurines, and leave the park feeling good about the overall experience.

Yet, if you look beyond all the positive depictions and glossy exterior, you begin to find some inconsistencies with this whole rosy narrative of the success of this conservation effort. The tour guide mentions that there are roughly 1,000 villagers living on the islands, and that they do not bother the Komodo dragons. “Not nice to eat, hard to catch,” they say. Nobody in their right mind would bother hunting a Komodo dragon anyway (unless you are a British zoologist filming a documentary), they’re not cute like a Bali mynah, which can win you $1000 at a singing competition, nor are they actually useful complements for hunting. Simply put, leave them alone, and they will naturally increase their numbers. Not hard to do, right?

When probed further about tourist numbers to the island, a park ranger mentions how sometimes a cruise ship will dock off the coast of the island and bring hundreds of tourists onshore. Managing such numbers is way beyond the capabilities of the rangers, as they can only manage a certain number of tourists on the island at any one time due to safety issues. The ranger also mentions how the previous company that managed the island had come under investigation for corruption (nothing new in Indonesia), leading to a change in ownership of the park. When you walk through the park, there are noticeable man-made tracks over the island and the odd piece of litter along these tracks. Eco-tourism efforts may have spurred the success of the conservation effort of the dragons, but can it be a sustainable way to ensure this success continues?

Thankfully, these issues resulting from eco-tourism are minor ones, and do not detract largely from the good work that the park rangers have done in conserving the habitat of the dragons. But the dragons enjoy the good fortune of being an apex predator with nothing useful to offer to humans as well as being endemic to an island at least four hours away from the nearest port. Other endangered species do not have this good fortune. The Bornean orangutan is constantly threatened by deforestation efforts which remove its’ natural habitat. The Sumatran rhino is now critically endangered due to poachers hunting it for its’ horn. This goes to show that if there is an economic incentive, humans’ capitalistic nature will beat any concern for the environment. The lack of an economic incentive to use the Komodo dragons for reasons other than eco-tourism could be a possible reasons as to why their conservation effort has been so successful.

How can we best learn from the example of the Komodo dragon? The example of the Komodo National Park goes to show that if you have dedicated protection of the habitat of an endangered species, together with support from the locals and bolstered by funding from both the government and eco-tourist efforts, conservation efforts can succeed. However, this would entail much effort from all parties involved, and the question remains as to whether people will be able to remain committed to such efforts. Until then, we can only wait and see if the example of the Komodo dragon is merely the exception to the rule of conservation efforts in Indonesia, rather than the norm.