This is part four of our ongoing series, DON’T PANIC!: A Freshman’s Guide to the Tembusu Galaxy.

This week, we return to look at how to get through the mid-terms, and there are some door hangers for the frazzled college student.

Yes, most of us have some Mid-Term assessments, be it from tests to assignments. It is part and parcel of any student’s life.

For those with mid-term tests, be careful of the location where your mid-terms are held. It is typically in one of the Multi-Purpose Sports Halls over at the Sports and Recreation Centre, near YIH. It is a pretty ulu location – literally, it is downhill from the rest of NUS. The nearest bus stop, University Health Centre, still requires quite a bit of walking. Consider walking over from UTown instead of waiting for the bus. Hopefully it doesn’t rain that day!

Personally, the key aim of recess week is to catch up with all your modules, not just those with midterm examinations. Often, students prioritise modules with midterm papers (which is understandable), but end up being way too far behind in the remaining modules, and struggle as finals roll around. For some modules, projects might also be due in the second half of the semester meaning that you have not as much time to catch up as you might think.

Do remember that this is only a pit stop and there is another half semester to go! You do not want to burn out too fast. Also, as freshmen, the impact of using S/Us are often mis-stated; it is more important to ensure you get that one or two As rather than scoring mediocrely for a slate of subjects, which might result in you using more S/Us instead in the latter scenario.

More important is probably the fact that you are going to be graded along with the rest of your cohort for your entire University career. Samuel Huntington, the esteemed late political scientist, noted that “Students are the universal opposition; they oppose whatever regime exists in their society”. Equally true is that students are the universal blur kings. So don’t worry – the next guy or gal may just be more sotong then you.

That being said, to destress, Tembusu Alumnus Rachel Tay drew these door hangers, handy printable cut outs to use for your next binge-revision session or essay crisis. 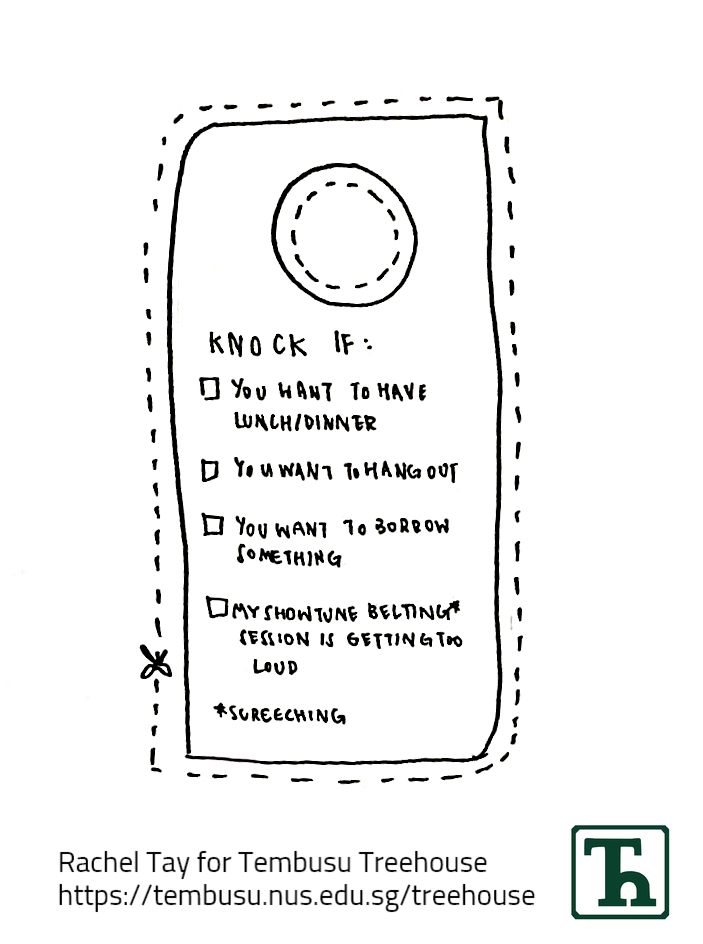 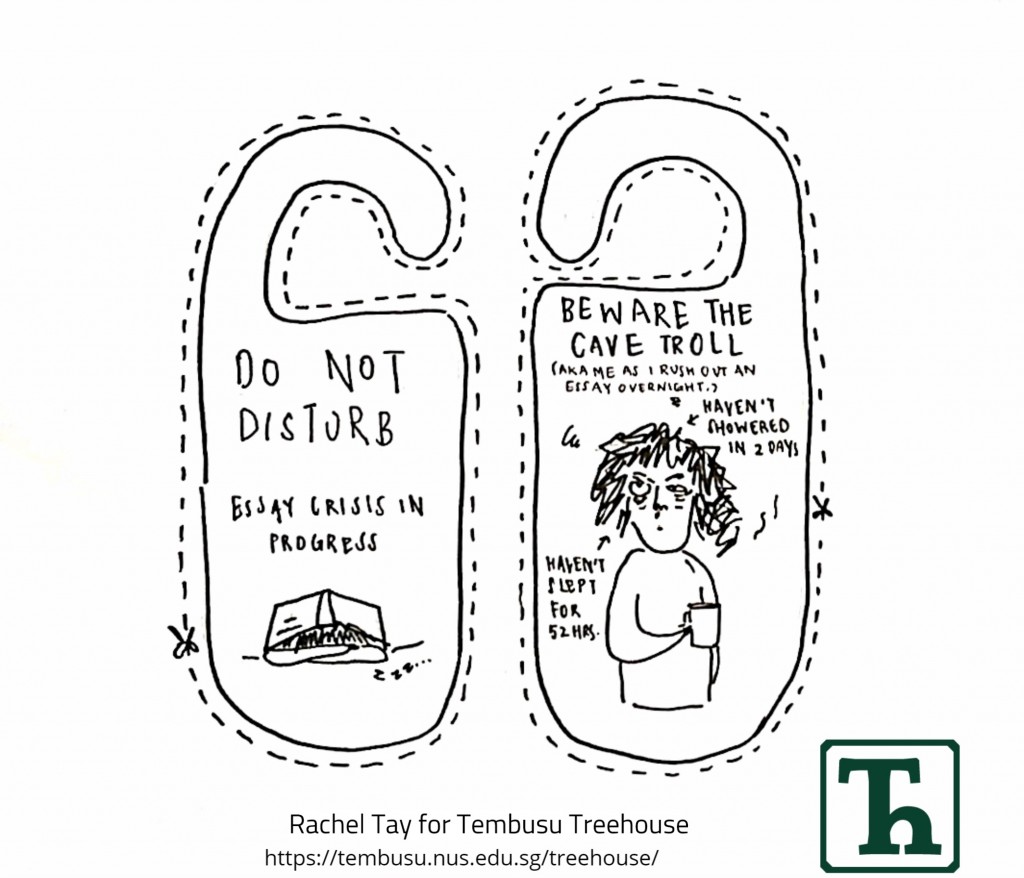 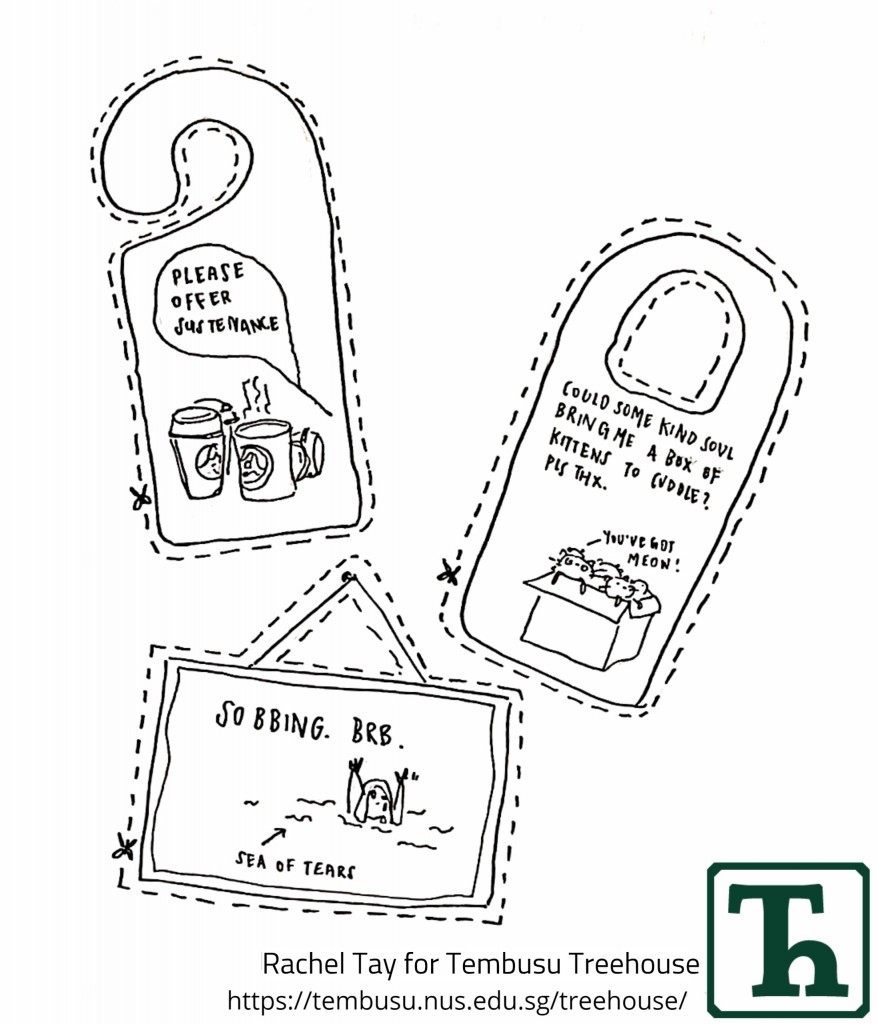 While not buried under books, you will find Reuben digging the depths of Wikipedia and Reddit for the most obscure of trivia facts. He would like for you to know that his major, Geography, is not only about rocks.