For the past two weeks, Treehouse has invited Tembusians who went overseas on College expeditions to share their thoughts and reflections. This week, Ng Keng Gene reflects on his experiences during STEER Borneo.

Seven pairs of participants with travel essentials in tow collide with a row of taxis outside Miri International Airport.

“Uncle, Mega Hotel!” they say to their drivers, one after another, until all seven drivers know where they are going.

And then, they are off.

I was in one of the taxis, but I wasn’t on The Amazing Race, although I imagined myself to be. It was the fourth day of our thirteen-day-long expedition in Borneo, and our plans had just been derailed by a technical fault.

Should things have gone our way, we would’ve been watching thousands of bats take flight for their nightly food hunt in Mulu National Park, but instead, our flight was cancelled. Stuck at the airport, we felt a little helpless, but we were at least comfortable. Malaysian Airlines had given us a night’s stay in a hotel and free meals.

Left without a flight, we found ourselves hunting for a way to spend our evening. We wanted to make our unexpected time in the town of Miri worth it.

Most of us headed east on foot to Canada Hill, attempting to catch the sunset from a local vantage point. But an impending downpour and poor sidewalk conditions forced us to turn back.

Our biggest laughs were saved for dinner time, when the waitress handed us a menu titled “MAS Stranded”.

We were stranded indeed, but our capable team of fifteen put Humpty back together. We were well on our way the next morning, back on track.

We were returning to Singapore the day after.

The night before, I’d been called out of my room to speak with Dr John at the accommodation’s café.

I do not recall his exact words, but his message was clear. A bunch of tourists had just returned from a boat ride on the Kinabatangan River with freshly-filmed videos. They had recordings of a herd of wild pygmy elephants trumpeting and doing other elephant things by the river. Dr John wanted to witness that and asked the fourteen students with him to experience it as well.

The elephant boat ride proposition was not met with enthusiasm by all. Some were concerned that we would have to pay extra for the boat ride. We were not even guaranteed to see any elephants at all. The participants who did not have the last name “van Wyhe” were keen to follow through with the schedule that they had planned. Dr John, however, remained resolute that we will regret not trying to find the elephants.

“This is a chance of a lifetime,” Dr John appealed to us. In my head, Dr John’s pitch had a soundtrack: Jonny Buckland’s electric guitar solo in Adventure of a Lifetime by Coldplay. Emboldened by Dr John’s elephant sighting pep talk, a couple of us discussed plans to add an elephant sighting boat ride with our local guide, Mark. 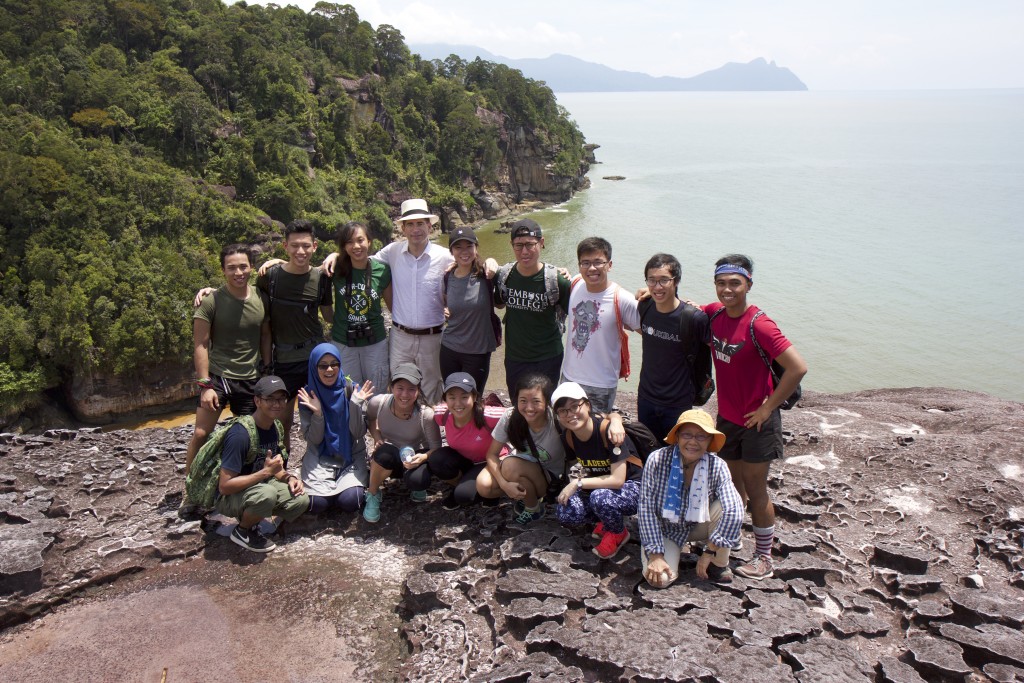 Evening the day after. The fifteen of us, Mark, and two coxswains (boatmen) set off on two boats in search of the mythical elephants. Along the way, we saw a plethora of wildlife. We were overjoyed to see these animals two days ago, but the novelty has faded somewhat. Hornbills, Macaques, Proboscis Monkeys, and Orang Utans – beautiful as they might be, we had seen so many of them the last few days. We spent the time attempting to identify different hornbill species.

As we passed meander after meander, my hopes of seeing the pygmy elephants started to fade. We placed our hopes in our coxswain – he seemed mildly confident as he repeatedly pointed upstream, making gestures that we had learnt in kindergarten as representing “Elephant”. The sighting of a few stationary boats caused our coxswain to turn the motor down. Anticipation started to build amongst the group.

Then, beneath the humming of our boat’s motor, we began to hear the sound of wild pygmy elephants.

Crunches followed by scrunches. And then, it came into view.

The elusive trumpet. The fun-sized elephant. I sit wide-eyed, heart-racing, jaw-dropped, and awestruck.

But then we noticed the elephant was not alone. Behind the trees lining the banks of the was an entire herd lazing about. Through the Leafs, we could barely see them. We started pointing out to each other what we made out to be half a face, an ear, and a body. That elephant in the river, scared off by the tuk-tuk-tuk, fled to the rest of its tribe. Despite our coxswain’s best efforts to get us closer, that’s as much elephant as we saw.

But it is what I’ve heard that continues to stick with me. The sound of a wild elephant trumpeting the triumphant end of a fruitful trip replays time after time in my head, embedded in my consciousness. 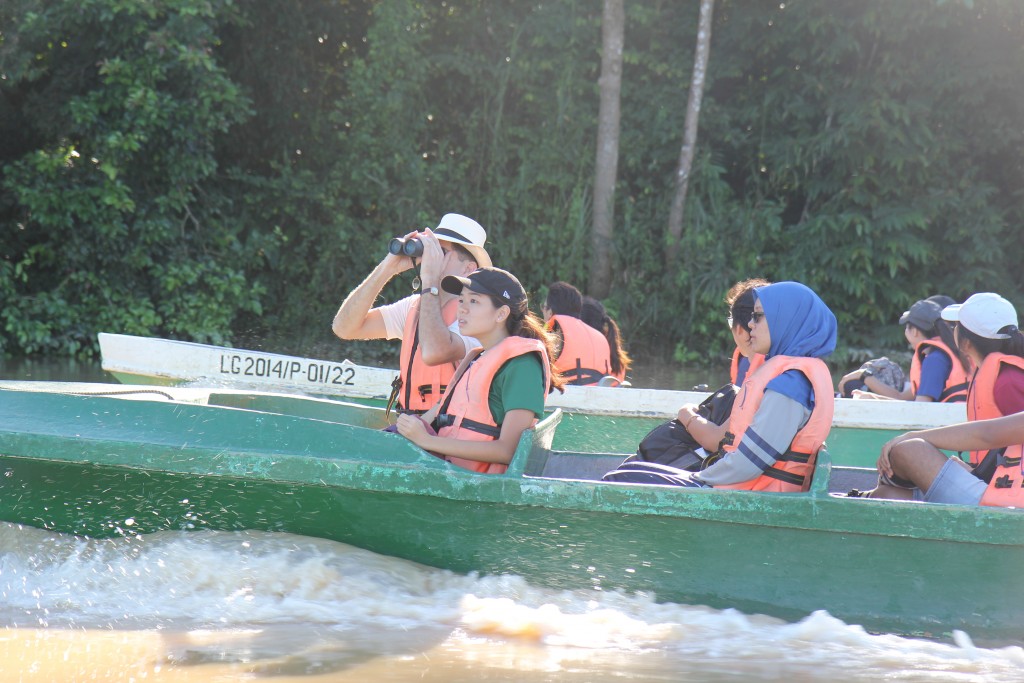 These are but two of a treasure trove of memories that we returned home with. Ask us, we’ll tell you.