For the next few weeks, Tembusu Treehouse will be inviting Tembusians who went overseas on College expeditions to share their thoughts and reflections. This week, Noel Wong reflects on his experiences during STEER China.

tWild expedition? What’s that? Those were some of my initial thoughts when I first signed up for this expedition. I wanted an overseas getaway for the summer and to have fun with friends, but I got more than what I bargained for.

I was excited and filled with anticipation as I didn’t know what to expect. It was a journey left for the 14 of us to create and undertake. It was a narrative for us, as an expedition, to write. It was a blank canvas on which we could paint our viewpoints and opinions. The topic was simple: wildlife conservation and environmental sustainability.

Off we went on 8th May 2017. This had never been done, and we were all thrilled to go out there to interact and observe, bringing back these stories, memories, and lessons, back to share with the rest of Tembusu

China overpowers you with her unforgettable landscapes and surroundings. It presents a mix between the old and the new. Chengdu’s skyline is a portrait in contrasts as high-rise buildings share the city with numerous small traditional houses. The incessant noise and chatter in restaurants can be heard on the streets, along with the cluttered honks from the intermittent flow of traffic, which itself contrasts with the endless bicycles and motorcycles parked on the curb of every street. For a place that’s only four and a half hours away by plane from Singapore, it felt like I was in a different world. It is difficult to describe Chengdu in words. 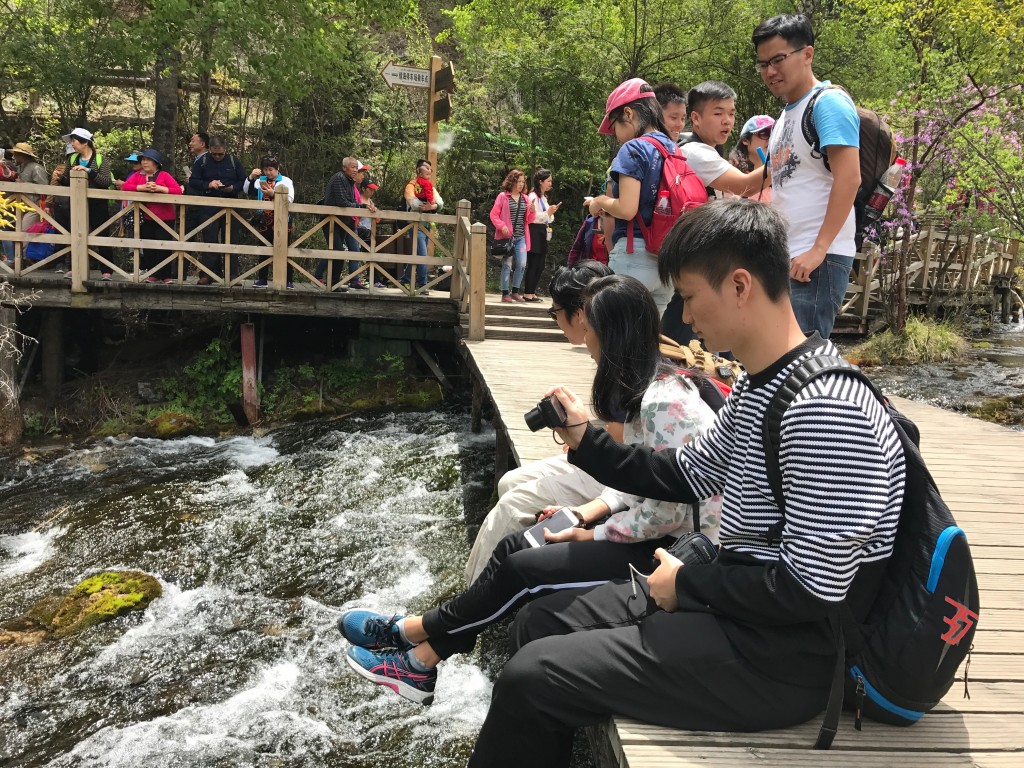 Over the 12 days we were there, STEER China went to a number of different places. We went to the Du Jiang Yan dam, and Si Chuan University. Every place we visited was fodder for exploration and discussion. As idealistic as we thought pursuing wildlife conservation and environmental sustainability would be, we saw that it is often a difficult task. China is a place with many people and actors, each of them increasing the complexity of environmentalism in China.

There never was a straightforward answer to the questions we had about environmentalism in China; reality paints a complex and nuanced picture. Nevertheless, we observed there were many initiatives being carried out in the name of conservatism, from the panda research bases to Jiu Zhai Gou National Park. It encouraged us to see that environmentalism in China is heading towards a positive direction.

Initially, we had many preconceptions about China and the way things worked there. Upon hearing the name Chengdu, I was sceptical about going on the trip. Western China is usually seen as backwards and underdeveloped in contrast with the glitzy Shanghai Bund. Nonetheless, when I was there, these scepticisms were disproved again and again. We were surprised at the prevalence and efficiency of cashless payment systems. WeChat can be used almost anywhere, from small roadside stalls to the air-conditioned shops in glitzy shopping malls. It was great to know that someone can get away with fuss-free financial transactions even if he or she does not have paper money on hand.

It was impressive to see China’s development not just in terms of economy and technology, but also in its environmental sustainability efforts. The extent to which they conserve nature is evident in the monumental effort they put into their national parks and renewable energy programs. In the past few decades, China has advanced in great leaps, powered by the people’s grit, hunger and the desire to progress.

China can easily be viewed as a monolithic bloc from the outside. However, travelling to different parts of Sichuan province, I began to notice the stark differences in character and behaviour among the Chinese people. It made me realise that there is massive ethnic and cultural diversity in China. Through each place we visited, there were many different perspectives and lens that we could view China through.

We realised that wildlife conservation is tough to strive for as an ideal. But, it’s a goal that we should aim to achieve precisely because it is difficult. Conservation is not only for our generation, but also for the many generations to come. 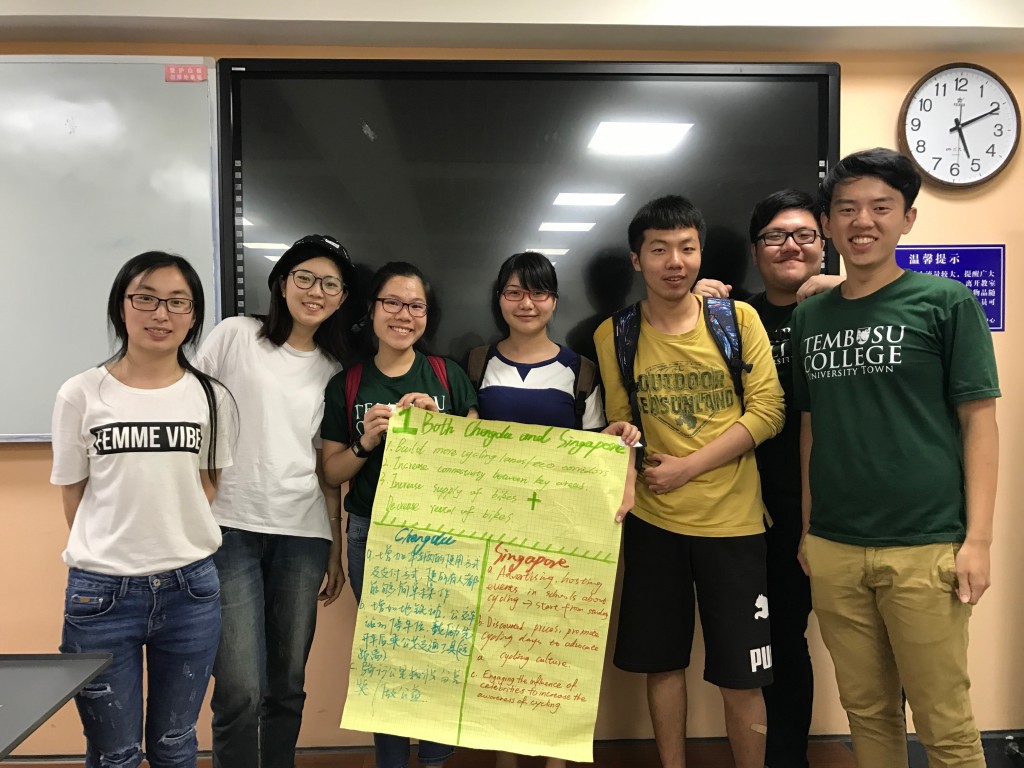 Beyond the intellectual side of things, STEER China was a journey of self-discovery and insight. Being so far away from Singapore made us more receptive to the experiences we went through. Every experience presents itself to be internalized and learned from, be it the long periods of time we spent on the road in the bus or the interactions with the locals from every place we visit.

Sometimes, going to a new place is fun, but taking the effort to assimilate and absorb from the experience makes all the difference in the world. After being exposed to another culture for two weeks, we became exposed to a host of perspectives that we did not see in our own culture before. STEER China was different from a holiday where one often only sees the touristy side of affairs. Going on an expedition allowed us to see the country for itself and hold conversations that transcend cultural boundaries. Not only did we gain an increased awareness of wildlife conservation, we also developed a greater understanding of the people and inner workings of the country we visited. The expedition turned out to be one my most fulfilling experiences in university life. 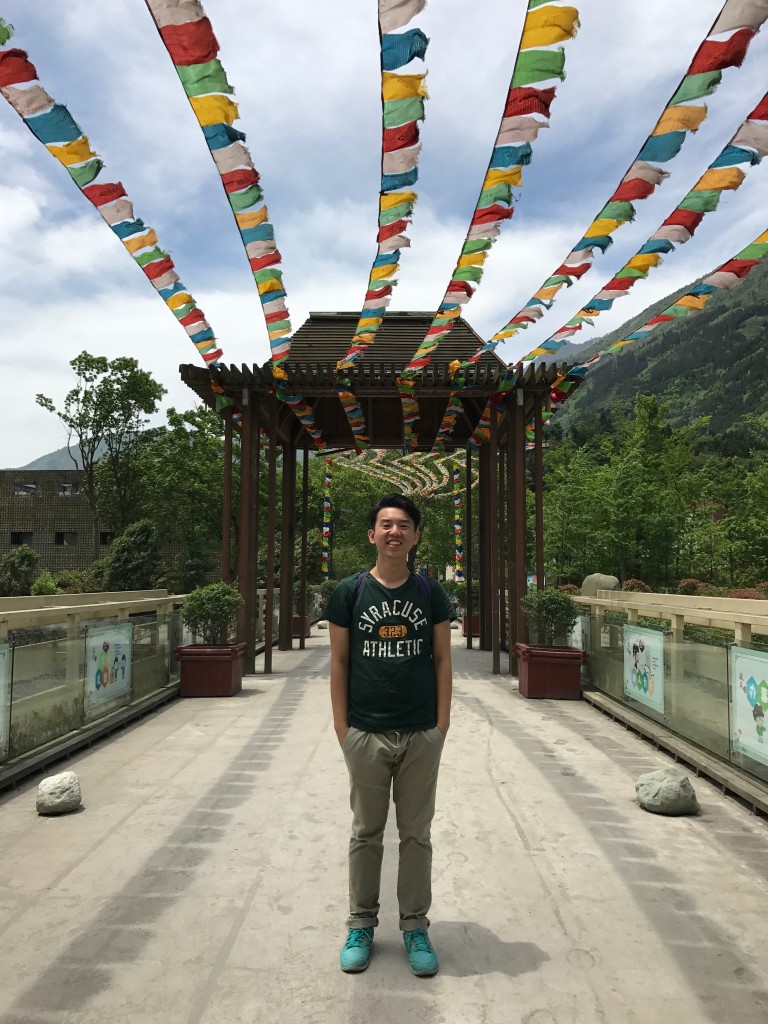 I received much more than I could ask for when I signed up for this expedition. This expedition allowed me to be one step closer to the Tembusian I envisioned myself to be. It was one more step in becoming a Singaporean that is globally connected and able to absorb the diverse perspectives the world presents. Sign up for a STEER expedition today! I assure you that you won’t regret it.

Jane Goodall once said, “Change happens by listening, and then starting a dialogue with the people who are doing something you don’t believe is right.” More than the excitement of going to a location overseas, the expedition is the treasure trove to be uncovered and discovered for those who intently seek for it. We listen and observe, and brought back these experiences to help ignite and propagate conversations. It may start off as a ripple, but it is a start.