It is difficult not to be swayed by Elon Musk. The man is driven by two things: urgent action against climate change and living a life of adventure. He quips, “I don’t want to be anyone’s saviour. I just want to think of the future and not be sad!” It is implied that both his sense of adventure and humanitarian nature drive each other. After all, one must be inspired to help humanity. Think electric, self-driving cars; a 3D tunnel network system; and most recently, launching re-usable rockets into space, along with a Tesla Roadster—with David Bowie blasting among the stars. It is little wonder why so many are in awe of him.

That being said, Musk does seem aware of his own limitations. As he (jokingly) adds, “you guys will tell me when this all gets insane, right?” One of his most ambitious ideas is his vision for Space X. Musk aims to one day colonise Mars, as he thinks that a future where humanity does not reside on other planets is an utterly depressing reality; a testament to the man’s insatiable adventurism.

On a possibly more sober note, Musk has also stated that becoming multi-planetary is about minimising existential risks to humanity. He suggests that although our primary concern should be retaining a habitable environment on Earth, if it is eventually destroyed by global warming, colonising Mars could very well be our “plan B”. After all, through processes like detonating multiple nuclear bombs to regulate the planet’s temperature, it will be possible to create a livable environment on the planet.

As we edge closer towards “plan B”…

Climate change is a real global threat. We are well on our way to surpassing the “2-degree point of no return” global temperature threshold by 2100—a path that could not be deterred even if the US were to uphold the Paris Agreement. In other words, Space X may eventually become less of a luxury and more of a necessity as we continue to destroy our planet. In the future, migrating to Mars may be less of a novel adventure, and more of a desperate attempt at survival.

Musk aims to make flights to Mars as affordable as commercial flights. With current attempts to preserve a hospitable environment on Earth failing, Musk provides an ideal solution for two reasons: we now have the means to travel to another planet and start from scratch, and these means will be affordable to a vast number of people. Space X has the potential to be a total game changer.

However, if and when space travel does become more common, we should also consider those who will not be able to afford the “affordable” price of space travel. About 80% of the world live on less than $10 a day, global poverty has worsened since last year, and in many developed countries, wage gaps between the rich and poor are increasing. If Space X becomes a marketable solution to the real problems we face in the future, it will not benefit everyone. The relatively privileged will abscond to Mars while the rest remain on wasted planet Earth. 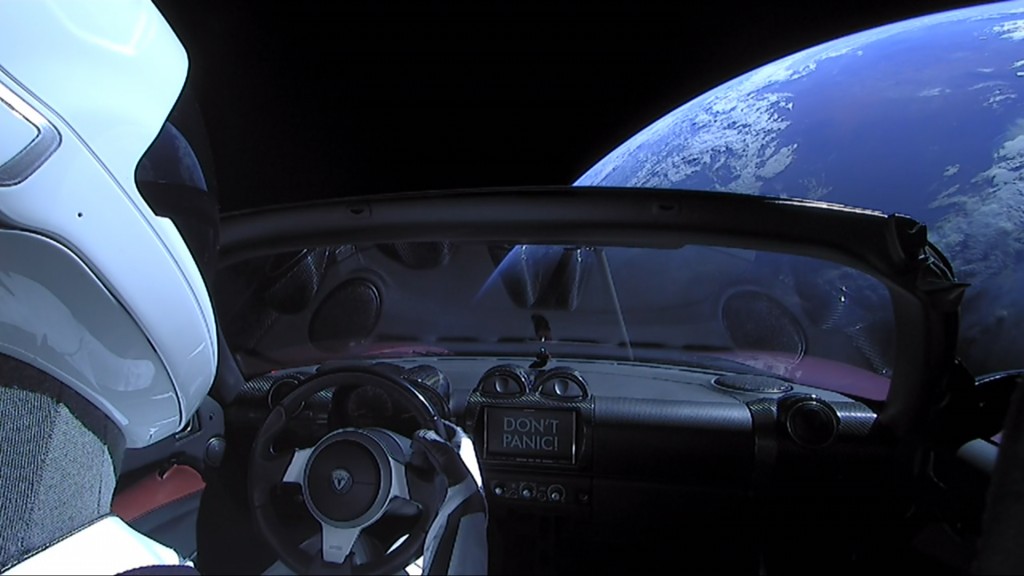 Many believe that Musk is an exceptional billionaire, given his commitment to combatting climate change. He has been described as a different “breed” from the rest. However, it would be naïve to forget that Musk is ultimately a benefactor of the current neoliberal state-capitalist system and behaves very much within its confines. The logic of neoliberalism dictates that competition and the privatization of public services are inextricable from individual freedom while the organization of labour and collective bargaining by unions are portrayed as distortions of the natural order of winners and losers. Fundamentally, neoliberalism favours the individual and dissolves any notion of community. One of the world’s first politicians to invoke neoliberal reforms in the 1980s, Margaret Thatcher once famously said, “there’s no such thing as society. There are individual men and women and there are families.”

When Musk was publicly accused by a United Automobile Workers (UAW) union member that Tesla workers were being exploited, he responded by promising employees free frozen yoghurt stands and rollercoaster rides. Such gestures are attempts to distract the workers from the real problems they face at Tesla, which include allegations of long working hours, poor workplace safety, and unfair wages. Musk meanwhile alleges that the UAW had ulterior motives, and describes himself as “union-neutral”—a cordial term for not supporting workers’ unions. In this regard, Musk demonstrates himself to be a typical neoliberal. Despite his vision to shift the world away from a fossil fuel economy and introduce a “plan B” for humanity, Musk extols the logic of neoliberalism; exploiting the collective power of workers and being ultimately motivated by profit. Musk is as humanitarian as the neoliberal system has allowed him to be. He is just as capitalistic as other famed billionaires like Jeff Bezos, Mark Zuckerberg, and Bill Gates.

And of course, this critique can be levelled at all private innovations that aim to help humanity.  As global inequality increases and our planet continues to wither away, we should not fool ourselves into thinking that Space X or Tesla alone will save us. The solution to our problems lies deeper than a Tesla Roadster or a big commercial rocket ship. It is political and economic. Perhaps we should learn from Elon Musk and have a sense of adventure. Would it be insane to imagine a world that strives for more equality?

This article was first published in VOX Leiden, a student newspaper of Leiden University, under the title “Elon Musk and the Limits of Colonising Mars”. The author is a Tembusian alumnus who is currently on exchange at Leiden University. He studies Political Science and is a friend of Tembusu Treehouse.