During a drinking session with my College friends last semester, I was surprised when a pure STEM major talked about how Arts students do not really learn about “anything real” because we saw everything as “social constructs”. The humanities, in his opinion, had little value to add to society because it did not deal with hard facts and casualty as mathematical equations do. Furthermore, he added, there was negligible social value to an arts graduate because the things taught were too theoretical.

I feigned a stabbing motion at my heart, giving the Tommy Wiseau “You are tearing me apart” line in a half-joking manner. He then followed on: “Reuben, you are not like the rest of them.”

I am an arts major. My primary major in Geography, however, will likely lead me after graduation down the path of data analytics. One of my lecturers, a full Professor, who is not trained in the burgeoning billion dollar field of Geographical Information Systems, once made a rye joke during a lecture that most of us will end up in the IT or data analysis sector “because there is where the money is at”. Geography is also one of the few departments in FASS where a sizable chunk of the lecturers (one-third, to be precise) are STEM-trained – whether in Physical Geography, Earth System Sciences, or (Geographical) Information Systems. One of those professors who got their PhD in Information Systems once told a room full of Geography graduates who chose the social sciences that one “must learn some hard skills in University”. The room collectively, but silently, contemplated skinning him alive. 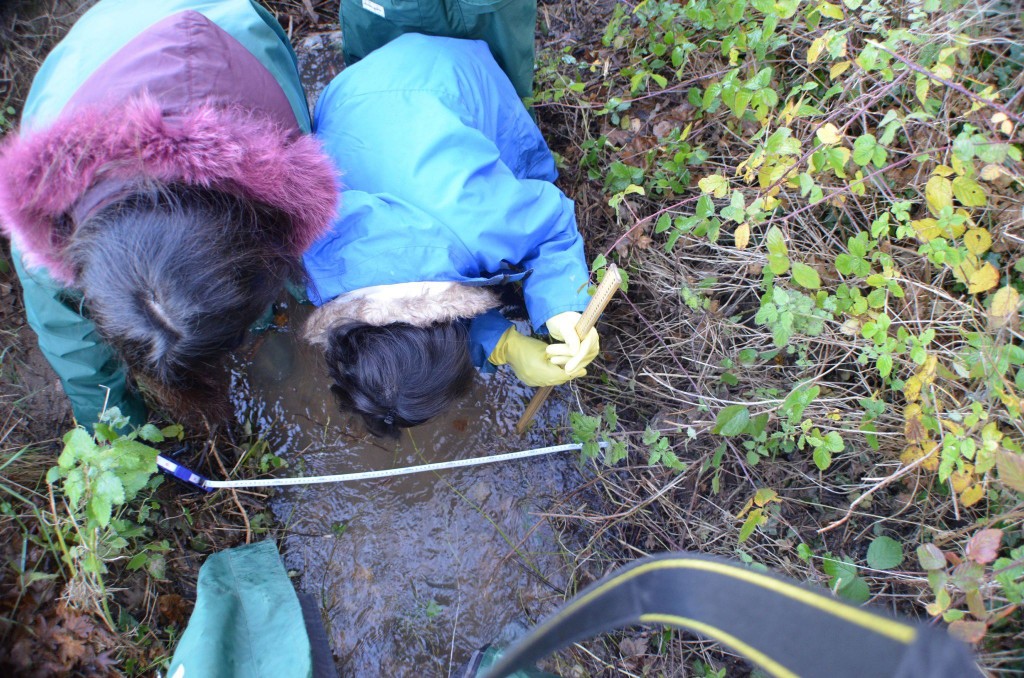 Geography: Taught in the Faculty of Arts and Social Sciences, but is it an Art or a Science?

Arts students, for our part, hold similar prejudices.  STEM students, as per popular stereotypes, are rigid, computational, close-minded, and naively simplistic in their ability to understand anything as complex as the human mind and the societies they live in. I have personally heard, during a discussion on the philosopher Hannah Arendt, that the STEM-educated technocrats and their zombie-like simplemindedness are “the chief cause of genocides and authoritarianism”.

We Arts majors take an unhealthy amount of pride, as a friend once put it to me, in learning to be humans that are truly free in mind and spirit. To her, our mission statement was in our name: the “Liberal” in “Liberal Arts” is derived from the Latin for “free(man)”.

It certainly feels good to be rooting for the home team, to be rooting for your people. But the arbitrary anti-philosophical passions of tribalism seem awfully out of place when discussing how people from STEM and the arts should associate with one another. Take this headline from the Financial Times: “With Theresa May in Number 10, the joke is no longer on geographers” It’s byline was even more hyperbolic: “Notebook: Her arrival in Downing Street is symbolic of the subject’s renaissance.”

And it certainly feels good to know a major world leader was educated in the same field of study as you. But I am not entirely sure we should be celebrating the murky history of how the only world leader with a Geography degree got her job. I mean, Michael Jordan has Geography degree but what does that even mean, other than that Liberal arts majors are desperate to prove their worth in the age of tech startups.

Sentiments like this, however hyperbolic, is perhaps a way for us to resist constantly being told we are second-tier in a STEM-first country, a position regularly solidified by articles like this, this, and this.

Singapore is a place where everything about education is die-casted into a quantifiable indicator, from the academic worth of a student to the economic potential of a graduate.

There is simply a zero-sum game; if forcing students to take 30, rather than 20, Modular Credits in general education modules led a noticeable decline in future employment prospects, how many Singaporeans will still believe it still be worth it to take that extra 10 credits of (typically arts) general education modules? To put it another way: why would arts students choose to take CS1010S, and be ranked on a curve with STEM undergrads?

On that note, it would be interesting to analyse whether Tembusu students ballot for modules which speak to their majors. I certainly did. Dr Connor’s Living and Dying in the Internet Age fit my niche of the digital humanities.

There is a certain thrill and a certain sense of wonder when our majors meander close to the borders of the other side and waving to the minutemen defending their own fields of studies.

There’s a certain magic when we attempt to make different disciplines speak to each other. Sometimes collaboration is easy; other times, it boils over into a bitter civil war, as had happened between the quantitative and qualitative scholars in the academic study of politics.  A more public version of this feud occurred when The New York Times launched broadsides against upstart data scientists – particularly statistician Nate Silver’s FiveThirtyEight – for failing to forecast Donald Trump’s victory in the Republican Primaries, and later, General Election, of the 2016 US Presidential Elections. Nate Silver responded rather feistily.

The bottom line of Nate Silver’s defence? FiveThirthyEight’s approach is not one of pure math. FiveThirthyEight, Silver argued, spends most of its resources on the traditional on-the-ground journalists who provide meaning to the data points.

Data and statistics, in other words, can show that Trump had a 30% probability to win, but the humanities are needed to illustrate the meaningless number of “30” – albeit with less parsimony. But humans are nevertheless not easily de-constructible. 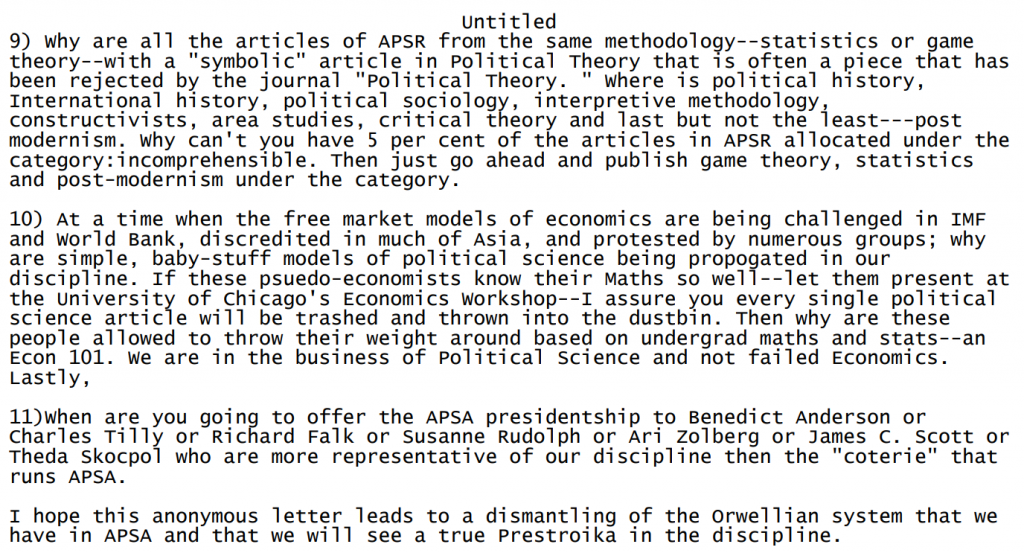 Extract from the viral email titled “Perestroika in Political Science”, which deplored the obsession with quantitative proofs in studying politics. This letter sparked of deep and bitter divisions with the academic study of politics.

Both sides lose out when both sides choose to silo themselves from one another. Before computer science could be developed Bertrand Russell must have developed a mathematical notation for philosophical logic systems. We cannot understand how Facebook is so dominant a company without understanding what how its algorithms manipulate social relations and an individual’s cognition and habits. For this, you need the humanities.

The distinction between STEM, the humanities, and any other field is a purely imagined one. It only carries weight, stereotypes, and antagonisms only because we will see it to be. It may seem intuitive that there is a distinction, but the deeper you scrutinise any of the edge cases, the more porous the distinctions become. Poetry about scientific concepts is beautiful when approaching as a science, or as a work of art, but the true beauty leaps out when one understands both.

The (liberal) arts and sciences exist in a dialectical back and forth where one problematises the parsimony that the other strive towards. Both are needed, and progress in one is the progress of the whole. This is evident in the social sciences. This distinction is also reflected between the “pure” and “applied” sciences. A Tembusu fellow once summed up, to me, the magic of mixing disciplines in one word: “alchemy”. 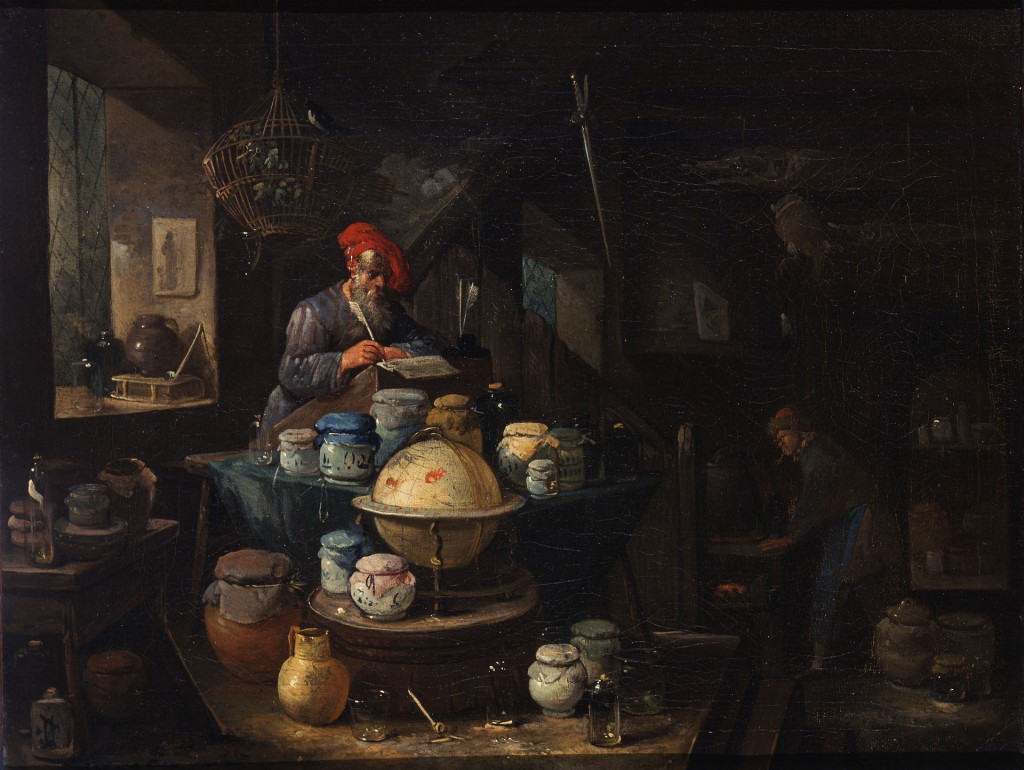 An Alchemist in His Study, Egbert van Heemskerck. The workshop is messy, dimly lighted, and he is socially despised; But his profession will eventually evolve into the modern field of Chemistry.

While not buried under books, you will find Reuben digging the depths of Wikipedia and Reddit for the most obscure of trivia facts. He would like for you to know that his major, Geography, is not only about rocks.