Published on October 8, 2018 by Elaine Chong and Rohan Arya Varma
Share this... 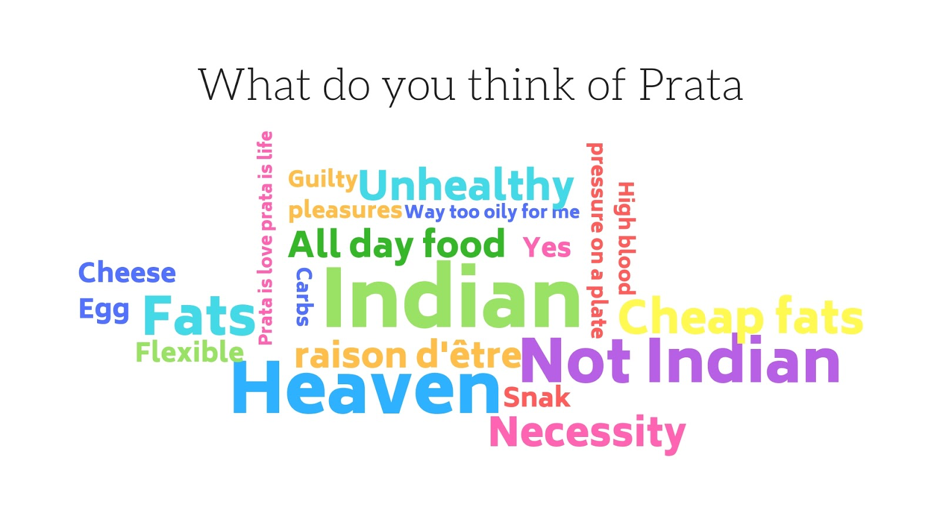 Singaporeans have a love-hate relationship with prata. This relationship can be compared to the Internet’s love for pizza, which is something we guiltily but willingly indulge in. Many associate prata with Indian cuisine, though it does not actually exist in Indian cuisine. Because this dish has such mysterious beginnings, we decided to set it as the first food item for our project.

Despite its common association with Indian cuisine, the actual origin of the dish remains shrouded with mystery. Perhaps the most logical explanation is that it was a dish brought over by Indian Muslims during the colonial era, when both Malaya and India were part of the British Empire. However, that does not explain the metamorphosis the dish has undergone over the years.

Etymologically, prata is a direct reference to the Indian unleavened bread paratha (with a hard ‘t’ sound, not a ‘th’ sound). However, the two have little in common. On the one hand, paratha is considered a staple dish in many parts of India as it is usually made from an Indian variation of wholemeal wheat flour known as atta. On the other hand, prata is generally considered a snack or a (high-calorie) meal across the ocean, as reflected by its ingredients. Our beloved supper-time dish is mainly composed of refined wheat flour (maida) instead, with the quantity of oil being considerably more than the Indian counterpart. These differences lead to a significant alteration of taste and texture, from that of a healthy low-GI staple to that of a guilty 1am supper.

Despite having mysterious origins, it has become one of the most well-known and popular dishes among all Singaporeans. Its versatility and flexibility allows space for creativity to prosper as a dish that people from all walks of life can enjoy.

From its origins, it has exploded to a plethora of dishes. Many are inspired and became a fusion dish with Chinese and Western food. Some of the most popular dishes are infused with food of Western origin like cheese or chocolate.

Not constrained to merely the type of fillings, other variations include the shape and texture of the dough. Prata items, like tissue prata, alters the original fluffy texture to a thin and crispy prata that can be easily broken into pieces, or a bite-sized coin prata that is formed into a cutesy dough shape a.

For this first project, we decided to head down to Springleaf @ Sunset Way as it is one of the most well known prata shops. It dedicates itself to the creation of new and innovative pratas in Singapore. In addition, it is close to the campus so it is very accessible to NUS students. 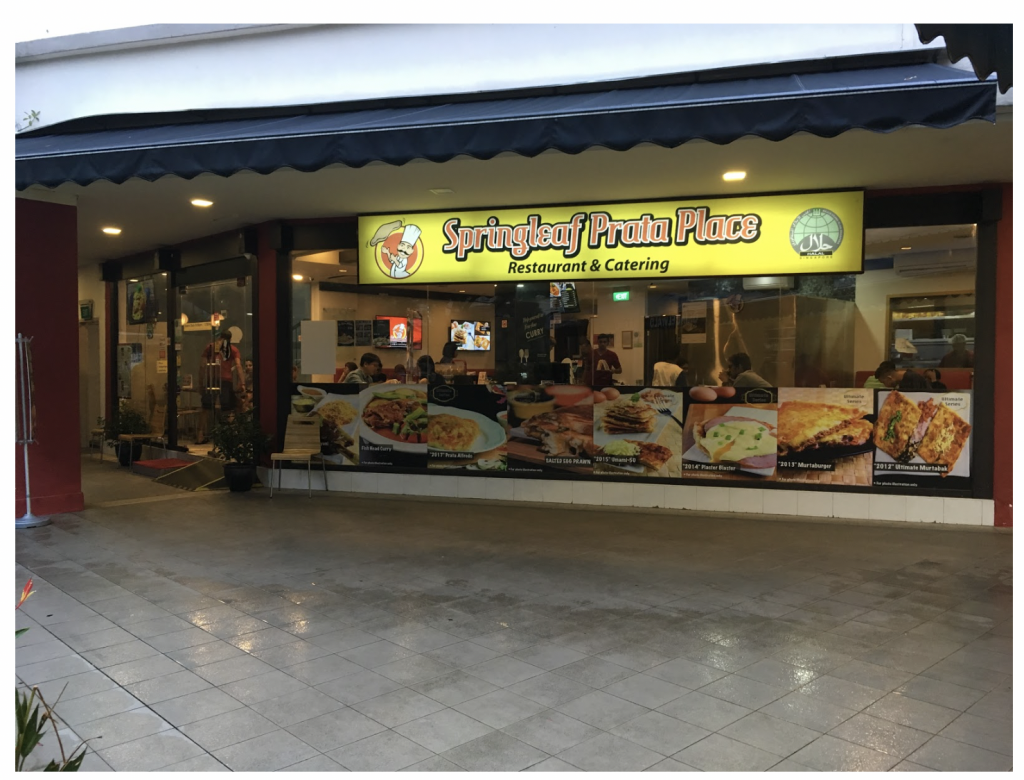 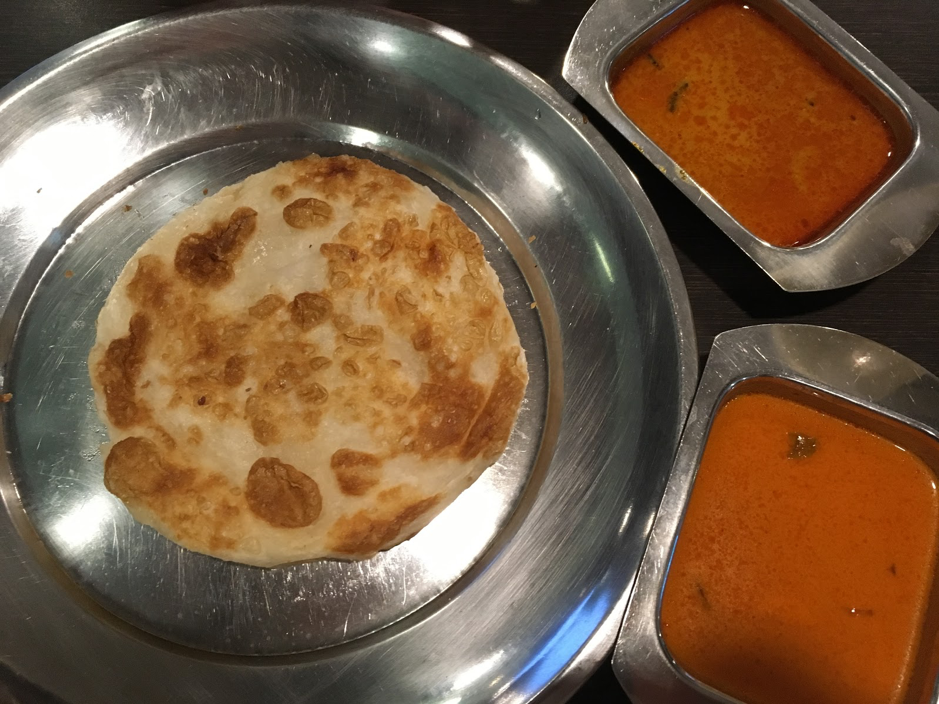 Appropriately, we started with the quintessential kosong (plain) variation, paired with the free-flow self-service chicken and fish curries. Fortunately, the dish was exactly like how we expected it to be: crispy on the outside, fluffy on the inside. The two curries, while they initially looked rather watery, actually ended up being thick and flavorful, especially the chicken curry. The spices blended well together and the level of heat was just right, providing that right amount of kick. All in all, the plain prata was extremely satisfying, and it would be an appropriate benchmark for other pratas one can get in Singapore. 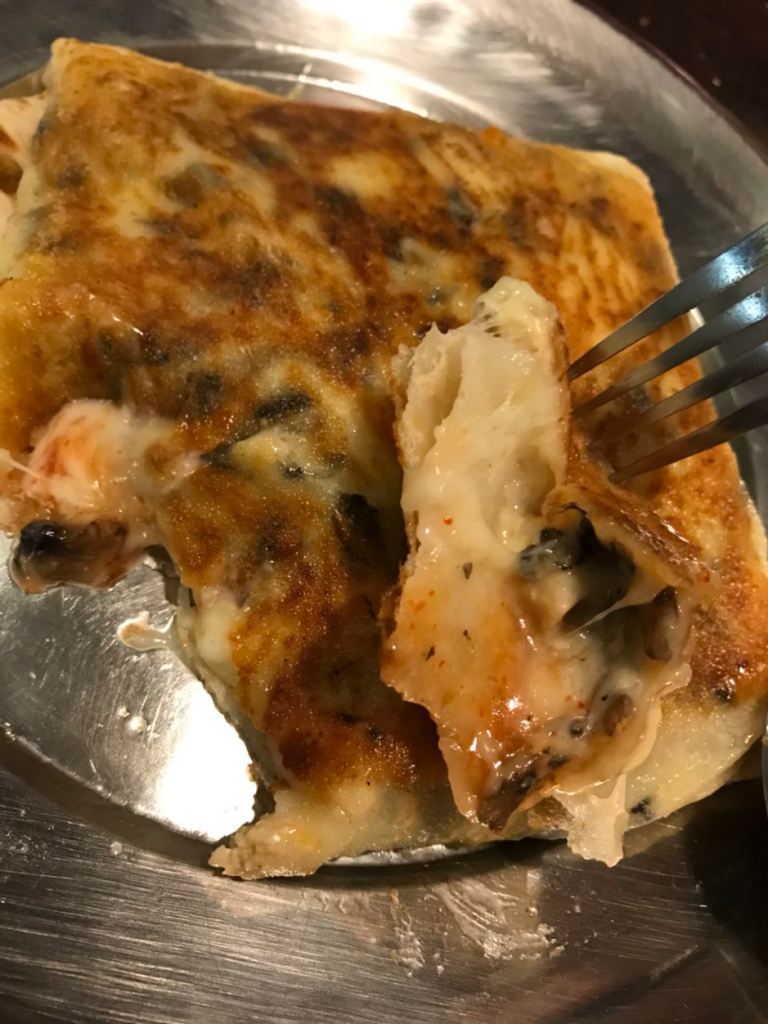 Next, we ventured into one of their yearly prata creations – Prata Alfredo. The prata alfredo was filled with rosemary smoked chicken, fresh button mushroom, mozzarella cheese and creamy alfredo sauce. Both of us expected the typical alfredo spaghetti paste inside the prata which would have made it very overwhelming rich dish. However, to our surprise, it was such more appetising.

The rosemary chicken and mushroom complemented the sauce well – much lighter than a typical alfredo sauce – which made every taste very satisfying. The alfredo sauce was mixed with another tomato and chili based sauce, and the other sauce enticed our curiosity to eat on. The perplexing sauce has an initial savoury flavour and a contrasting sweet and spicy aftertaste. In addition, at times, the filling overtook the taste of prata so there was (sadly) little balance between the filling to prata ratio.

We did not particularly enjoy it but acknowledged the uniqueness of the mystery sauce that enhanced this mediocre prata dish. 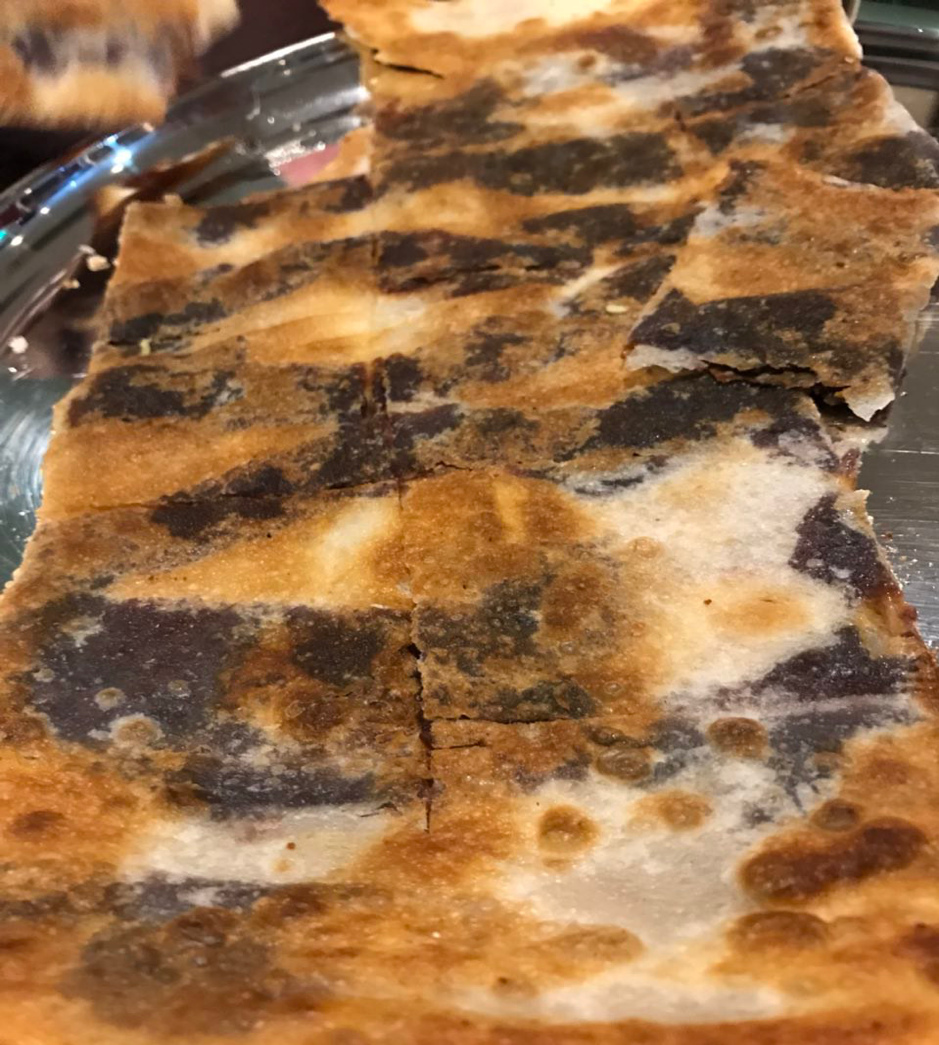 When deciding on which sweet variation of prata to try, we had some difficulty choosing between chocolate and red bean. After some thought, we decided that the red bean prata seemed to be the more interesting choice. The prata was large and rectangular but really thin. Its incredible crispiness was, reminiscent of thin wafers. Conveniently, it was pre-cut into squares, which made it feel more like a sinful snack than a way to round off a meal. Each square was filled with just the right amount of red bean paste, allowing some space for the slight saltiness of the crunchy prata shell. Out of curiosity, we dipped it in curry  and, surprisingly, the spicy savoriness of the curry did not conflict with the already present sweetness, leading to a peaceful coexistence of two distinct flavors. We reckoned this was probably because of the rich, oily nature of the curry, which compliments both the outer layer and the filling. Perhaps this dish is the most appropriate example of how distinctively Singaporean prata is, with the interesting fusion of different cuisines that provides satisfaction from not just its uniqueness, but also its genuine quality.

Elaine is a Year 1 majoring in Project and Facilities Management in SDE. When she is not doing her school activities, she is busy trying out new recipes in the kitchen. She loves discovering new food and travelling around the world.

Rohan is a Year 1 student majoring in Computer Engineering and Business. On more relaxed days, you can find him either searching the Internet for underground bands, or writing yet another personal poem. When given a choice, he’ll always pick the spiciest option, and smile through all the pain. He hopes that, once he graduates, he’ll still be hungry for knowledge (and sushi).