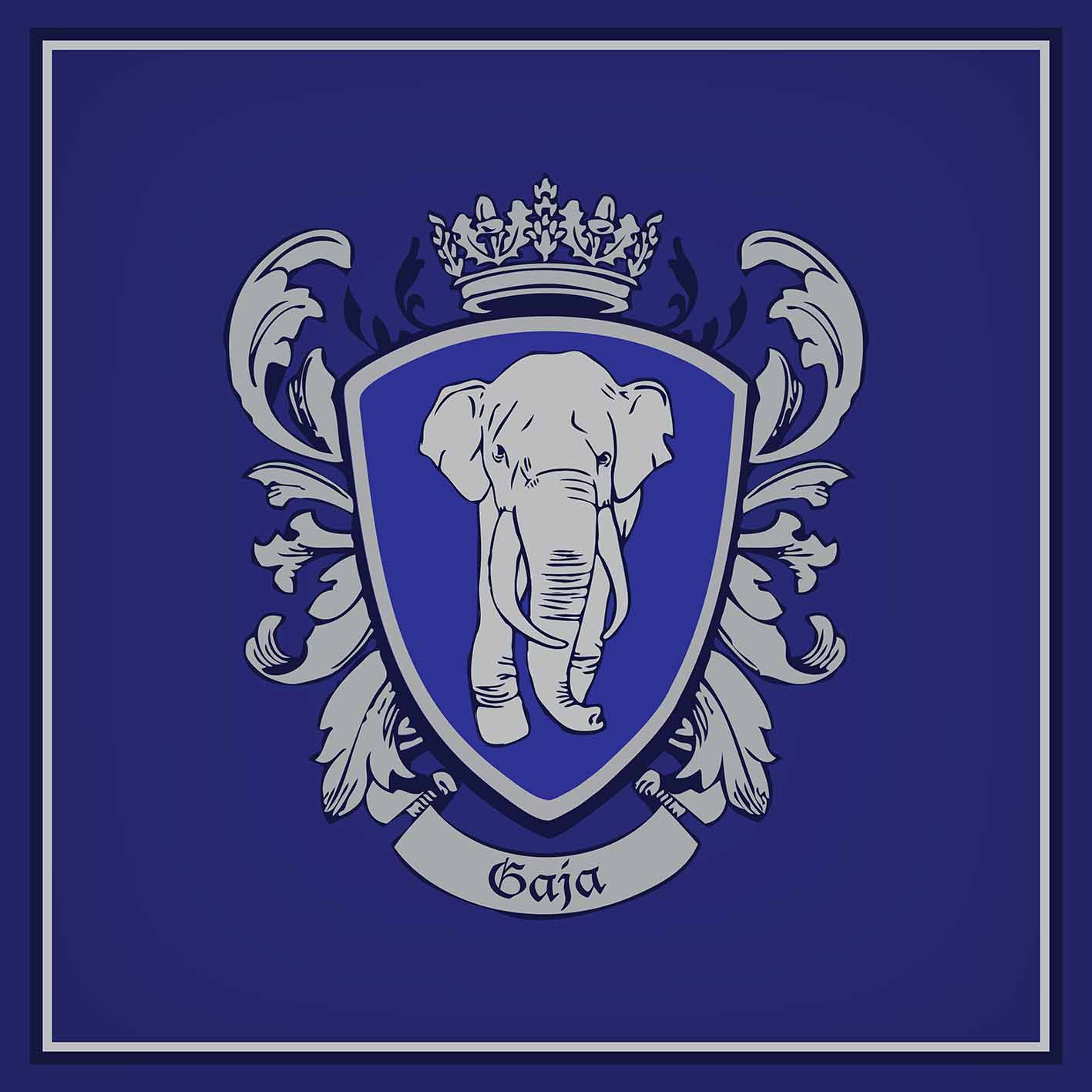 The Asian Elephant, otherwise known as Gaja (in Sanskrit), is the largest land animal in Asia. It is slightly smaller than its African cousin. Elephants are extremely intelligent and social animals by nature. Elephants have been revered for centuries in Asia, playing an important role in the continent's culture and religion. They are also play a critical role in maintaining the region's forests. The average life span of an adult elephant is approximately 60 years. The Asian Elephant once roamed from Mesopotamia to East Asia, although presently, they are native to only about 13 countries in Asia. Due to the rapid reduction in their distribution and population size as a result of habitat shrinking, the Asian elephants are now listed as an endangered species. The house holds the value of "Stability".

For more on Asian Elephants and their endangerment, click here.