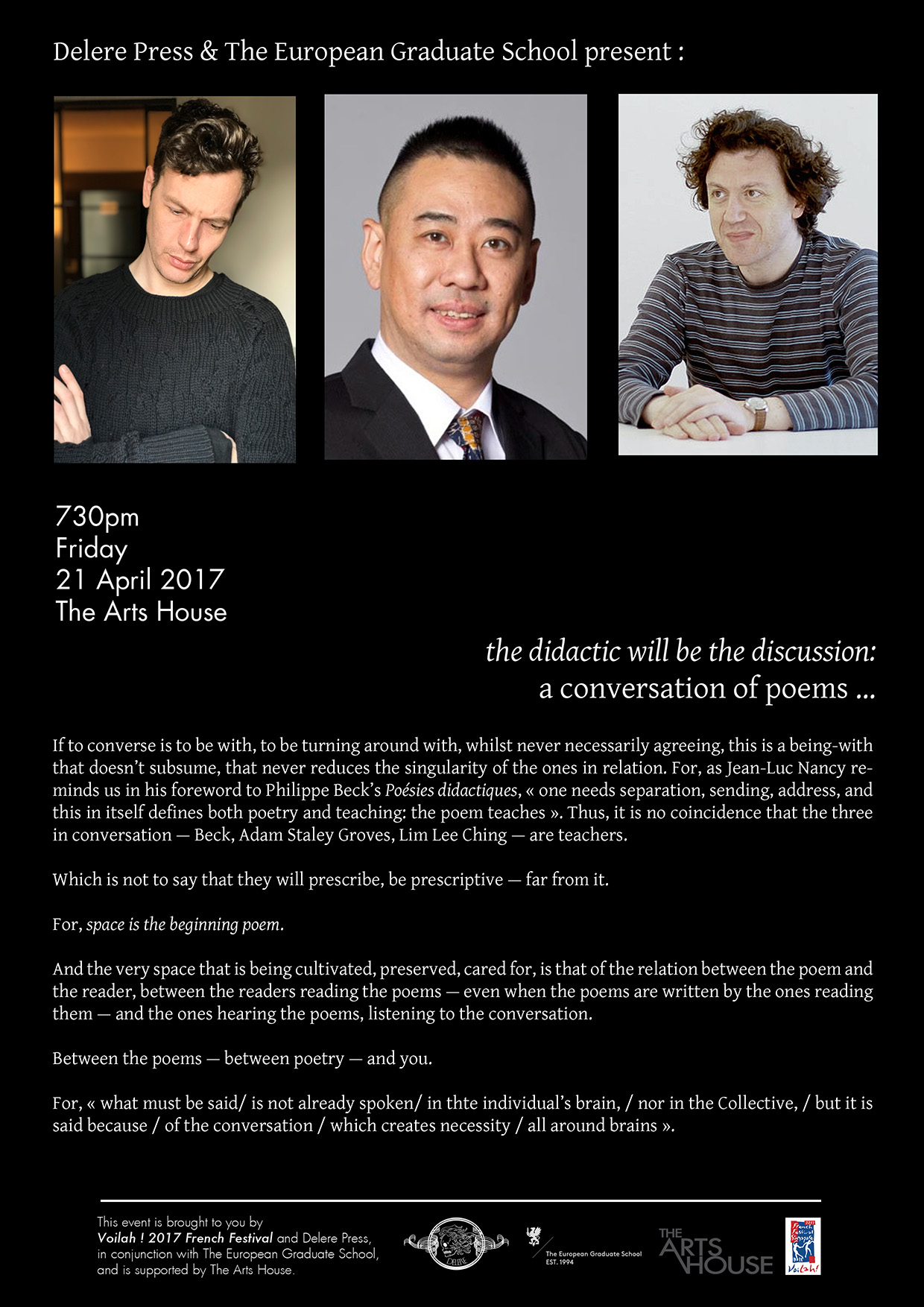 Philippe Beck is a contemporary French poet, writer, and philosopher. He is Professor of Poetry at The European Graduate School, and of Philosophy at l’Université de Nantes. Interested in the nature of the poetic experience, for Beck, the poetic today lies not only between scientific experience and common sense experience but allows for their communicability — and his work traverses poetry, poétologie, prose, and philosophy. He has published sixteen books of poetry and was awarded the Grand Prix de Poésie from the French Academy in 2015 in recognition of his poetic œuvre.

Lim Lee Ching teaches literature and interdisciplinary subjects at SIM University, Singapore. He is the author of The Works of Tomas Tranströmer: The Universality of Poetry (Cambria, 2017), and has edited Peter van de Kamp's 2010 collection of poetry, Scratch & Sniff. Ching's poems have been published in One Imperative, as well as been collected alongside Geraldine Song's works, To Thee Do We Cry, Poor Banished Children (2013), and Semoga Bahagia (2015). Ching is the founding editor of The Singapore Review of Books.

Adam Staley Groves is the author of two complete volumes of poetry, Filial Arcade and Poetry Vocare. An individually published poem “Etui” was recently adopted to a contemporary classical music composition through Gaudeamus, in The Netherlands.

Jeremy Fernando is the Jean Baudrillard Fellow at the European Graduate School, where he is also a Reader in Contemporary Literature & Thought. He has written eighteen books; and has been translated into French, Japanese, Italian, Spanish, and Serbian. He is the general editor of the thematic magazine One Imperative; and is a Fellow of Tembusu College at the National University of Singapore.

This event is brought to you by Voilah ! 2017 French Festival and Delere Press, in conjunction with The European Graduate School, and is supported by The Arts House