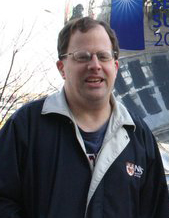 Since South Korea’s popular culture and the /hallyu (K-wave) /phenomenon has attracted the attention of young people throughout East and Southeast Asia, what does its neighbour to the North have to tell us about contemporary life in northeast Asia?

Using film clips and propaganda images taken from a range of sources, this talk explores some of the dominant themes embedded in North Korean popular culture, arguing that underneath the official rhetoric of anti-American and anti-Japanese imagery, North Korea holds a strong sense of nostalgia for its own triumphs as a nation, including the period of successful reconstruction after the Korean War (1954-early 1960s) and the high tension present during much of the 1960s. With these materials, it is possible to glimpse the human, even playful, side of the “other” Korea, even as the North remains a state with an uncertain future.