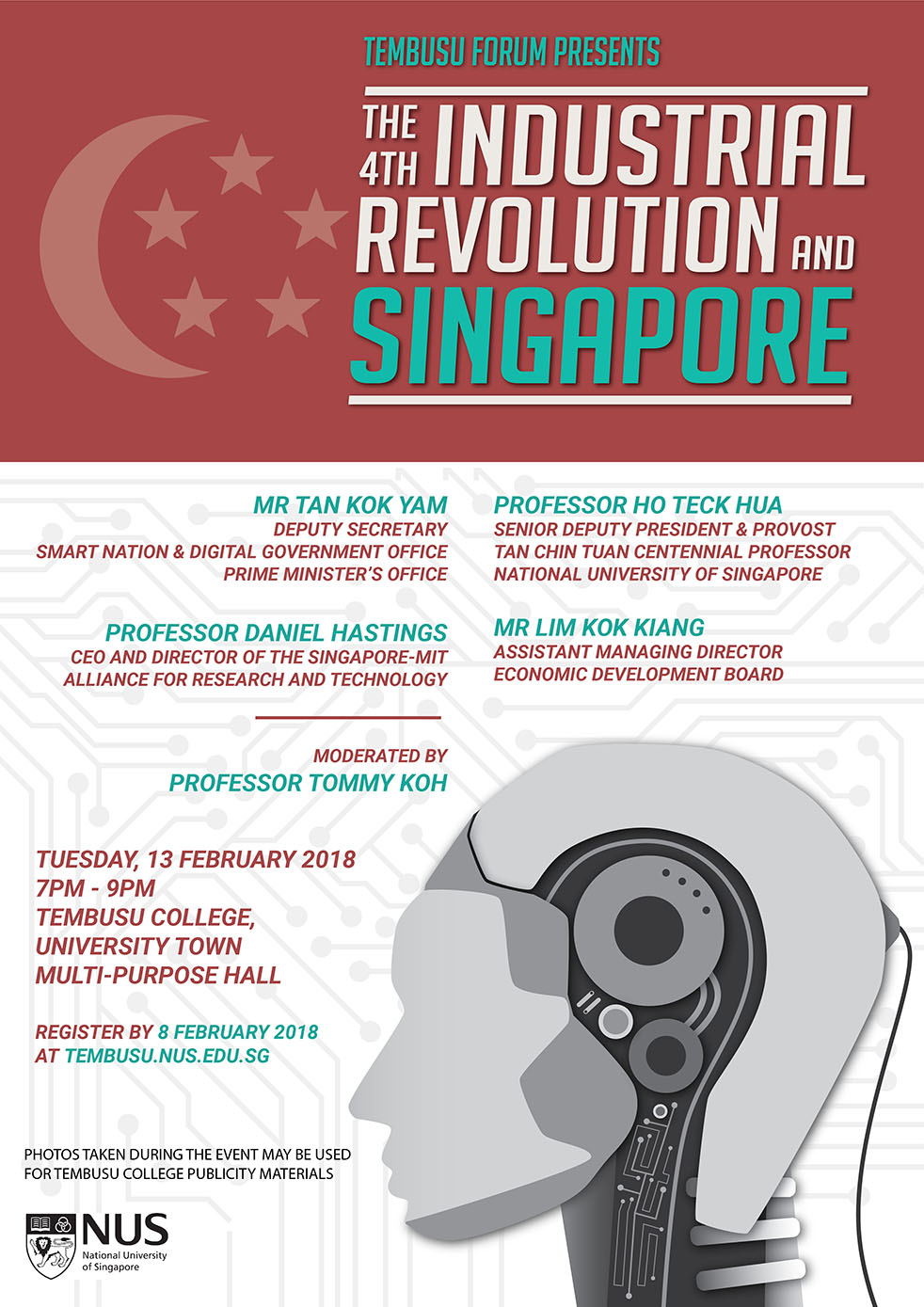 Professor Daniel Hastings is the CEO and Director of the Singapore-MIT Alliance for Research and Technology (SMART). He spearheads the SMART Centre’s mission. The mission is to undertake world-class research on specific problems of societal significance to Singapore and of interest of MIT.

Professor Hastings earned a PhD and SM, from MIT in Aeronautics and Astronautics in 1980 and 1978 respectively, and received a BA in Mathematics from Oxford University in England in 1976. He joined the MIT faculty in 1985. With over 30 years of experience in academia, Professor Hastings was MIT’s Dean of Undergraduate Education from 2006 to 2013, head of the MIT Technology and Policy Program and director of the MIT Engineering Systems Division.

Professor Hastings is a Fellow of the American Institute of Aeronautics and Astronautics (AIAA), the International Astronautical Federation (IAF) and the International Council on Systems Engineering (INCOSE) as well as a member of the US National Academy of Engineering. He has published over 120 papers, written a book on spacecraft environment interactions and won 5 best papers awards. His recent research is focused on Complex Aerospace System Design. His previous work was on spacecraft environment interactions and space propulsion.

For the forum, Professor Hastings will be talking about the developments in low cost sensors for data acquisition and the implications for more effective decision making in Singapore, as well as the impact of advanced precision manufacturing.

Professor Ho Teck Hua is the senior deputy president and provost of the National University of Singapore (NUS). He is also the Tan Chin Tuan Centennial Professor at NUS.

In 2011, he took a part-time appointment at NUS as vice president (research strategy), and became director of the NUS Centre for Behavioural Economics. In 2015, he became deputy president (research and technology) at NUS. In Singapore, he is a board member of the National University Health System, a member of the board of directors of the National Environment Agency, a fellow at the Civil Service College, and chair of a research advisory panel for the Land Transport Authority. He is also the executive chairman of AI Singapore, a national research and development programme, and chairman of the Singapore Data Science Consortium.

Prior to his role as deputy president, Professor Ho was the William Halford Jr Family Professor of Marketing at the University of California, Berkeley's Haas School of Business. He was also the director of the Asia Business Center and served as the Haas School’s associate dean of academic affairs and the chair of the Marketing Group. In 1999, he earned tenure in the marketing department at the Wharton School of the University of Pennsylvania. Prior to that, he was assistant professor of operations and technology management at the UCLA Anderson School of Management.

Professor Ho has published many significant works in refereed journals in the areas of behavioural economics, management science, and marketing. In 2014, a co-authored paper won the second place Wickham Skinner Best Paper Award from Production and Operations Management. He has also been a finalist for three of the most prestigious awards in marketing research, including the 2011 William F O'Dell Award, the 2006 John DC Little Best Paper Award, and the 2005 Paul Green Best Paper Award.

He was the first non-US citizen to be editor-in-chief of Management Science, the venerable flagship journal of the Institute for Operations Research and the Management Sciences, and one of the top journals for research in management. He has also been an associate editor for the Journal of Marketing Research, Marketing Science, and a co-editor for Foundations and Trends in Marketing.

Professor Ho has consulted and taught for many large companies, including Autodesk, eBay, Google, Intel, and Johnson & Johnson, among others. He is one of the most sought after experts on strategic pricing strategy and behavioural change.

At the Haas School of Business, he received the 2015 Williamson Award, the School’s highest faculty award, named in honour of Oliver Williamson, the recipient of the 2009 Nobel Memorial Prize in Economic Sciences. The award celebrates honourees who best reflect the character and integrity associated with Williamson’s scholarly work and legacy. He was awarded the prestigious Berkeley Distinguished Teaching Award in 2010, and the Earl F Cheit Award for Excellence in Teaching in 2004, 2005, and 2006.

For the forum, Professor Ho’s topic is titled “The Digital Revolution: Promises and Challenges”, and he will talk about dream applications for artificial intelligence and data science in the labour and healthcare markets.

For the forum, Mr Lim is going to talk on the Fourth Industrial Revolution and its impact on the manufacturing sector.

Mr Tan Kok Yam is the Deputy Secretary of the Smart Nation and Digital Government Office (SNDGO), in the Prime Minister’s Office. In this role, he is responsible for the plans to realise impactful projects for Smart Nation, raise quality and inter-operability of Government IT and Smart systems, grow ICT-related capabilities for Government, and engage citizens and businesses to be part of the Smart Nation journey. Mr Tan is also a Deputy Secretary in Strategy Group and oversees issues related to data, technology and climate change.

Mr Tan is an engineer by training, having graduated from the University College London in 1997 with a Bachelor in Electrical and Electronic Engineering and a Master of Science in Telecommunications. He also completed the 1-year Sloan Program at the Stanford Graduate School of Business as a Fulbright Scholar.

For the forum, Mr Tan will touch on how Singapore is progressing towards the twin goals of being a smart city and smart nation and whether Singapore would be a net winner or loser of the Fourth Industrial Revolution.

You can find the writeup on the Forum here: Singapore in the Fourth Industrial Revolution. 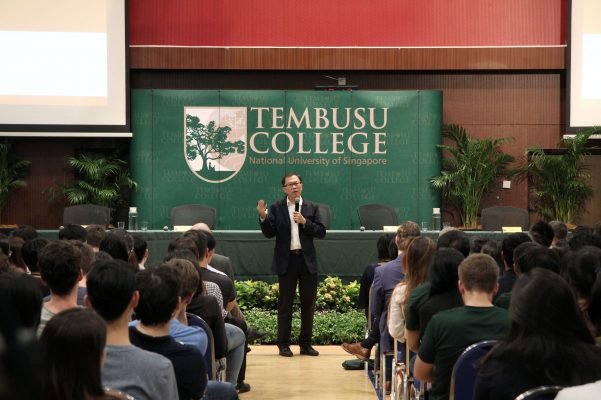 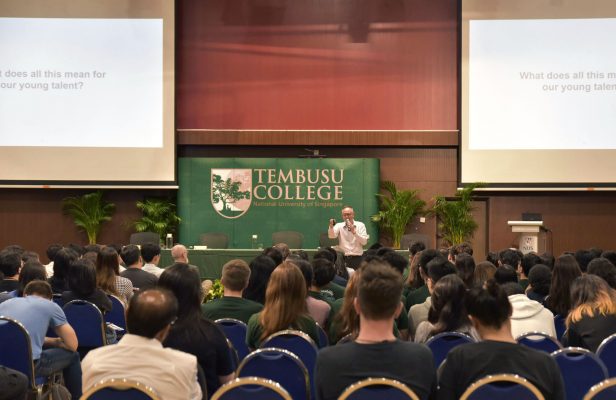 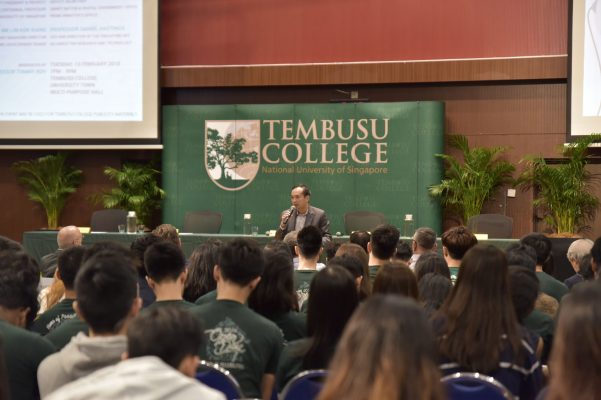 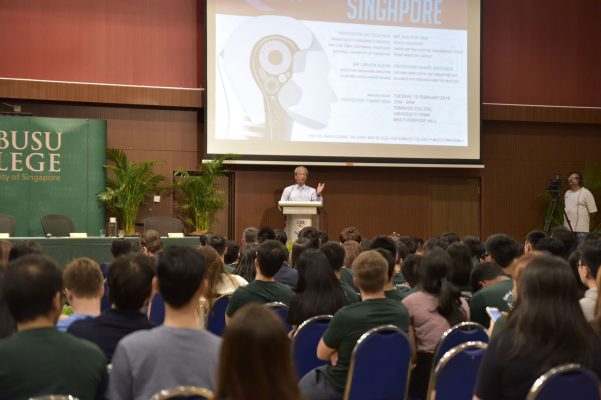 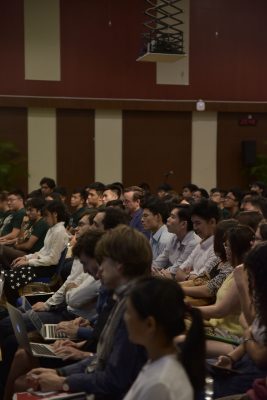 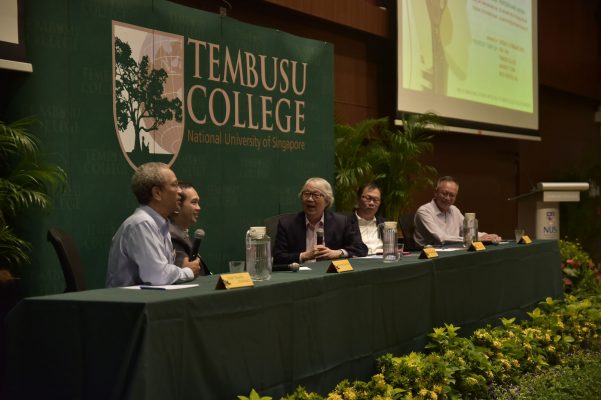 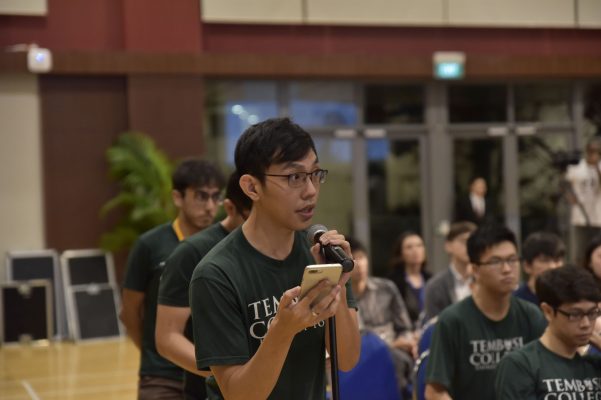 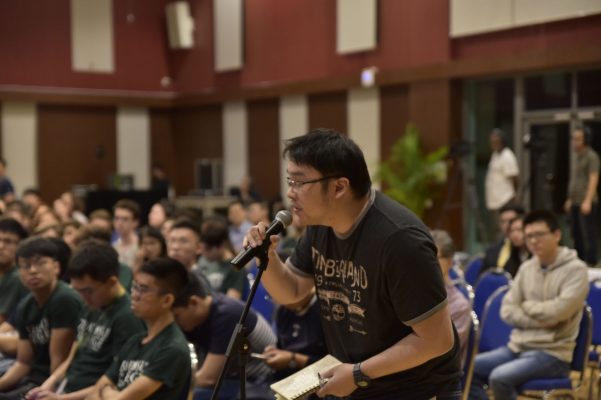