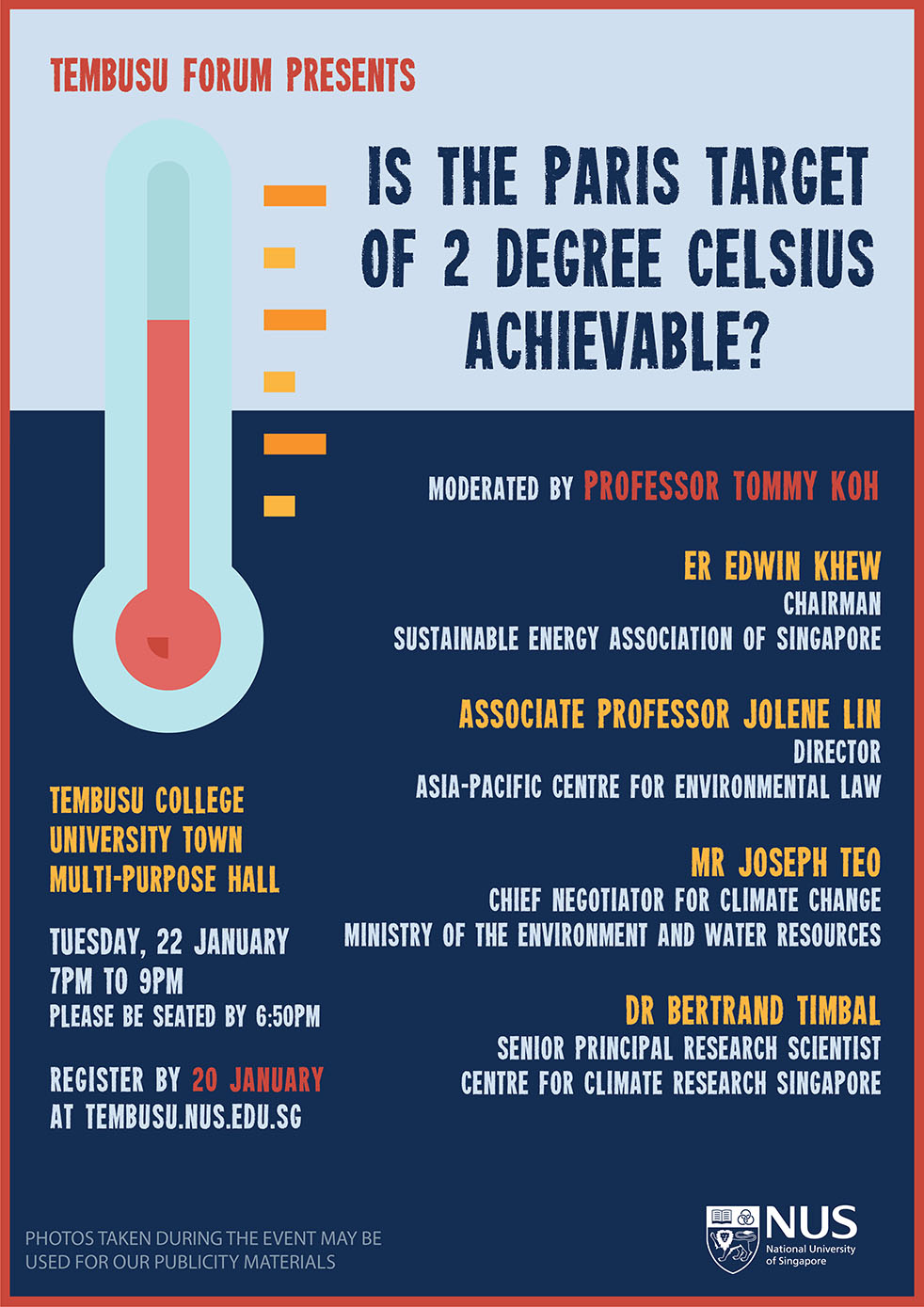 Er Edwin T.F. Khew is a former Nominated Member of Parliament (NMP) and currently the Chairman of the Sustainable Energy Association of Singapore (SEAS), the Immediate Past President of The Institution of Engineers, Singapore (IES), a Supervisory Board Member of Solar Energy Research Institute of Singapore (SERIS) and Board member of the Professional Engineers’ Board (PEB) Singapore.

Er Khew was awarded the Public Service Medal (PBM) by the President of Singapore during Singapore’s National Day in 2014.

For the forum, Er Khew will present on the topic “Renewable Energy - will it help us achieve the 2 degree target?”

Dr Jolene Lin is Associate Professor of Law at the National University of Singapore (NUS). She is also the Director of the Asia-Pacific Centre of Environmental Law. Jolene’s research focuses on climate change law and transnational environmental law. She has done extensive research on climate change litigation, the role of cities in addressing climate change, and the use of market-based mechanisms to tackle environmental problems. Dr Lin has served as consultant to the Hong Kong Department of Justice, international NGOs, the United Nations Environment Programme, and global law firms. Apart from her research and teaching in environmental law, Dr Lin firmly believes in the power of individual and community action to protect our environment. She is a founder and non-executive director of Urban Spring Pte Ltd, a company that aims to reduce plastic waste by building a water refill network in Hong Kong and beyond.

For the forum, Dr Lin will share about the latest developments of the Paris Agreement Work Programme and the important role that cities play in achieving the 2 degree Celsius target.

Mr Teo is a career diplomat and held various appointments in the Ministry of Foreign Affairs (MFA).  Prior to his secondment to the Ministry of the Environment and Water Resources, Mr Teo was Deputy Director-General, Americas Directorate, MFA.  He also served as Singapore’s Deputy Permanent Representative to the United Nations in New York from 2015-2018.

Mr Teo has also held varied appointments within MFA.  He served as Senior Deputy Director, International Organisations Directorate from 2011-2012.  Mr Teo was also part of the United Nations Security Council (UNSC) Task Force, when Singapore was a non-permanent UNSC member from 2000-2012.  His other assignments in MFA include stints at the Public Affairs Directorate, the ASEAN Directorate, International Economics Directorate, and the Africa and Middle East Desk.

Apart from his assignment in New York, Mr Teo also served at other Singapore Embassies/Missions abroad.  He was the Deputy Chief of Mission at the Singapore Embassy in Belgium (2005-2008) and was First Secretary at the Permanent Mission of Singapore to the United Nations and the World Trade Organisation in Geneva (1995-1998), where he was concurrently appointed Singapore’s Consul in Switzerland from 1995-1998.

Mr Teo has a Bachelor of Economics Degree (First Class) from Murdoch University, Perth, Australia, in 1992, and a Masters of Arts Degree from Stanford University, USA, in 2000.

The Government of Singapore awarded Mr Teo the Public Administration Medal (Bronze) in 2010 and the Long Service Medal in 2016.

For the forum, Mr Teo will give an overview of the outcome of the recently concluded UN Climate Conference in Katowice Poland, and address the topic from an international negotiations perspective.

Dr Bertrand Timbal has been leading the Climate activities in the Centre Climate Research Singapore (CCRS), the research arm of the Meteorological Service Singapore (MSS) since 2016.

His research aims to develop techniques to translate climate change information from climate models to smaller scales in order to provide useful information for climate change impact studies as well as detection and attribution of ongoing observed changes. He has extensive experience in national climate change projections, developing downscaling methods and products and reaching out to the impact community in particular in the water management sector. Dr Timbal has published about 150 peer-reviewed publicly available papers.

Dr Timbal has worked in climate change research area since the early 1990s He completed his PhD at the French National Met Service (Meteo-France) in 1994 and then moved to Australia in 1996, where he led various research programs toward understanding climate variability and changes as part of the research division of the Australian Bureau of Meteorology, during a 20-year period.

For the forum, Dr Timbal will provide some high level comments on the IPCC Special Report on the impacts of global warming at 1.5C and comment on the likelihood to achieve this ambitious goal.” 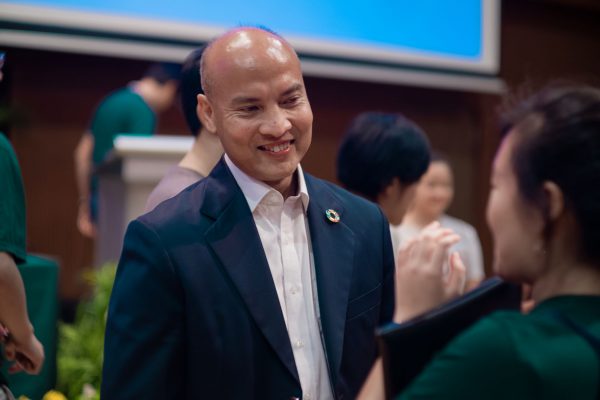 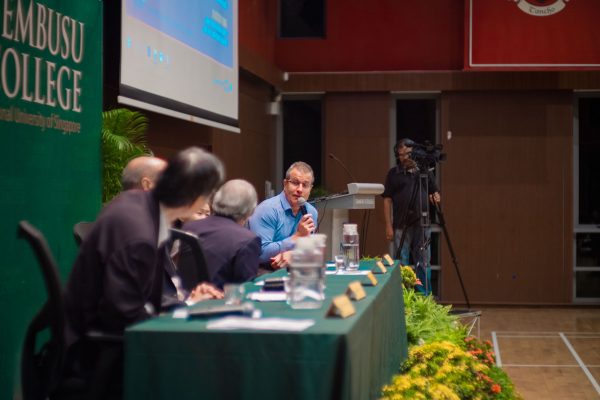 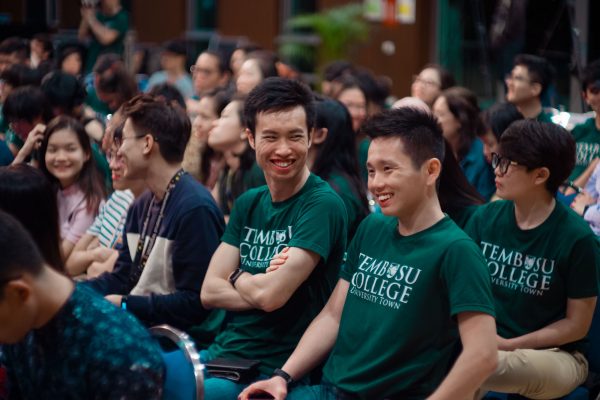 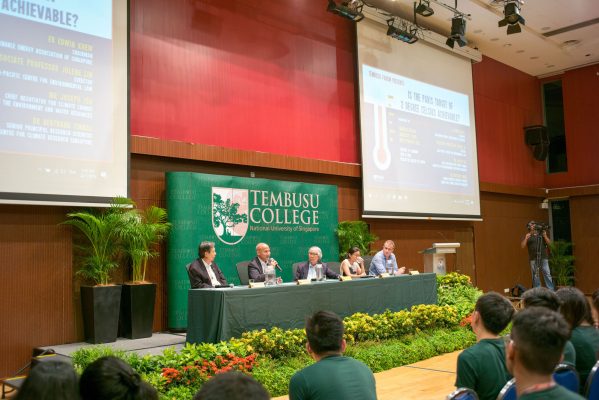 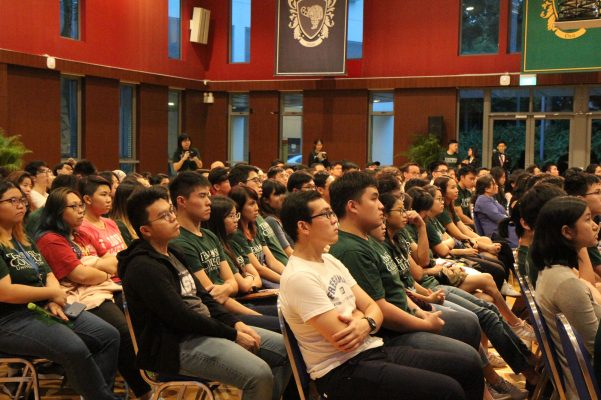 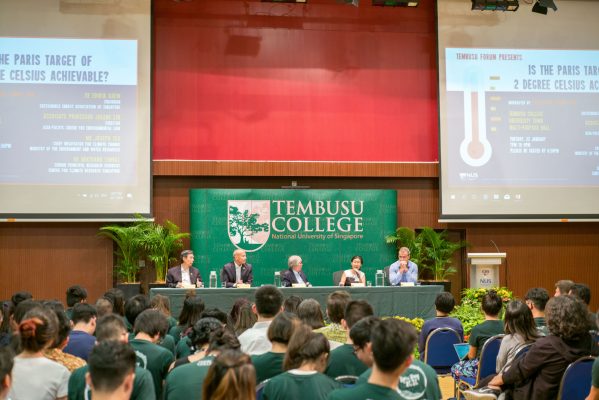 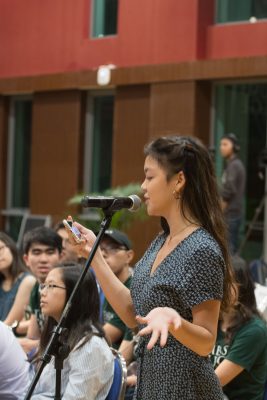 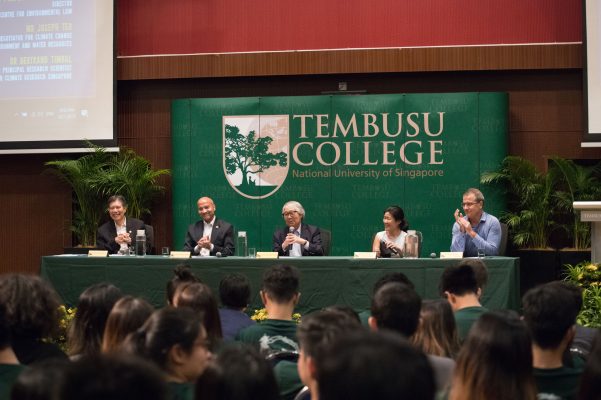 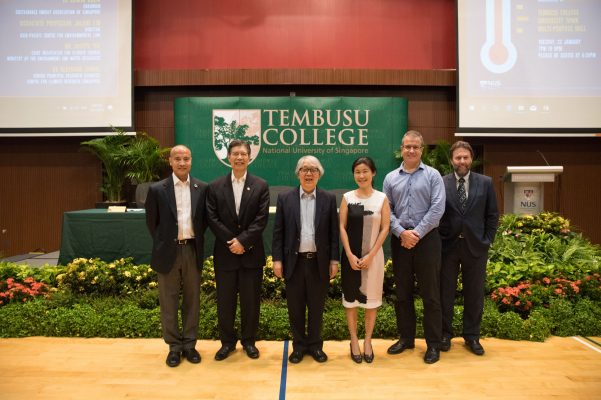