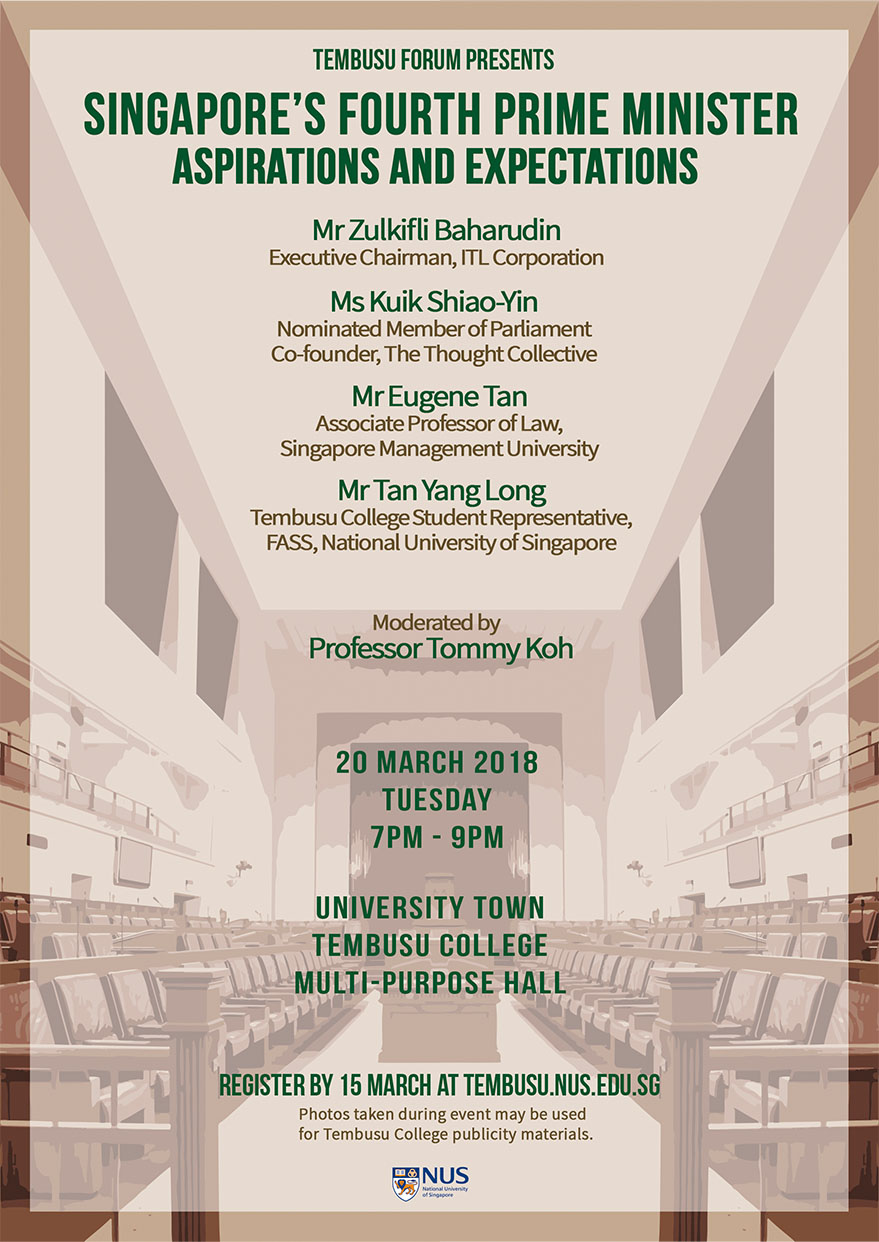 Mr Zulkifli Baharudin is the Executive Chairman of Indo-Trans Corporation, a logistics and supply chain company across Indo-china. He is also an Independent Director of Ascott Residence Trust Management Limited, Asian Plantations Limited and GDS Holdings Ltd, Virtus Holdings Ltd and Singapore Post Limited, as well as a Trustee of the Singapore Management University.

In addition, Mr Zulkifli is currently Singapore’s Non-Resident Ambassador to the Republic of Uzbekistan and the Republic of Kazakhstan.  He served as Nominated Member of Parliament from October 1997 to September 2001 and was awarded the Public Service Medal in 2005 and Public Service Star Medal in 2011.  He obtained a Bachelor of Science from the National University of Singapore.

For the forum, Mr Zulkifli will focus on what the business and Malay community would like to have in our next Prime Minister.

Ms Kuik Shiao-Yin, together with two founding partners, runs The Thought Collective, a group of purpose-driven businesses whose mission is to build up social and emotional capital. In Singapore, she also serves as a two-time Nominated Member of Parliament and advises boards on social innovation, narrative-shifting and bridge-building.

The Collective prepares organisations for complex and volatile times. They train and coach people in the social and emotional competencies needed to collaborate, sense new ways forward and create cultural change for our cities. They also help organisations design new approaches and strategic solutions for stakeholder outreach and engagement.

For the forum, Ms Kuik will share with us from the perspective of a woman, a leader of civil society, and social entrepreneur, the qualities, values and attitudes she would like to see in the fourth Prime Minister of Singapore.

Associate Professor Eugene Tan is associate professor of law at the Singapore Management University (SMU). At the SMU, he teaches courses at the law, business, and social sciences schools at the undergraduate, graduate, and executive education levels. He also teaches a course on ethics and social responsibility at the Singapore University of Technology and Design. He has also taught, as a visiting professor, at the Yonsei University Law School in Seoul, South Korea. An advocate and solicitor of the Supreme Court of Singapore, he was educated at the National University of Singapore, London School of Economics and Political Science, and Stanford University where he was a Fulbright Fellow.

Associate Professor Tan’s inter-disciplinary research interests include constitutional and administrative law, law and public policy, the regulation of ethnic conflict, business ethics and corporate social responsibility, and the government and politics of Singapore.  He has published in these areas in various edited volumes and peer-reviewed journals in law and the social sciences. Between February 2012 and August 2014, he served as a Nominated Member of Parliament in Singapore's 12th Parliament.

For this forum, Associate Professor Tan will touch on the law on the appointment of the Prime Minister as well as how the second and third Prime Ministers of Singapore were chosen. He will also consider the selection of the 4th Generation Prime Minister, and whether Singaporeans can influence the choice.

Mr Tan Yang Long is a year two Tembusu College student and a Sociology Major. He has a keen interest in current affairs and public policy. In his first year at Tembusu College, Mr Tan started Polity, a public policy interest group, to promote civic reflection and discourse within the college. Under his leadership, Polity has, in her first year, successfully organised eight dialogues with distinguished guests and held the first college public speaking event.

For the forum, Mr Tan will represent “Tembusians” to share their aspirations and expectations for Singapore’s fourth Prime Minister. He will also articulate the cohort's most pressing concerns about governmental leadership. 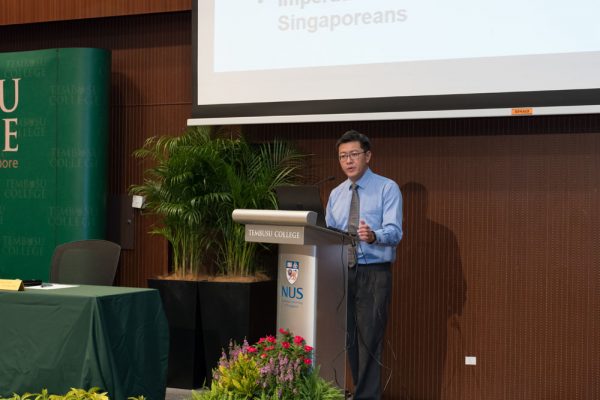 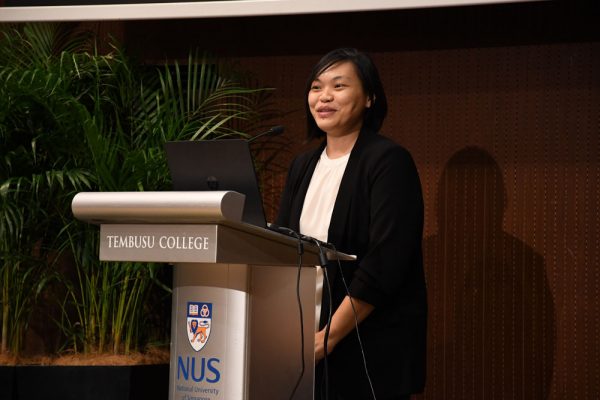 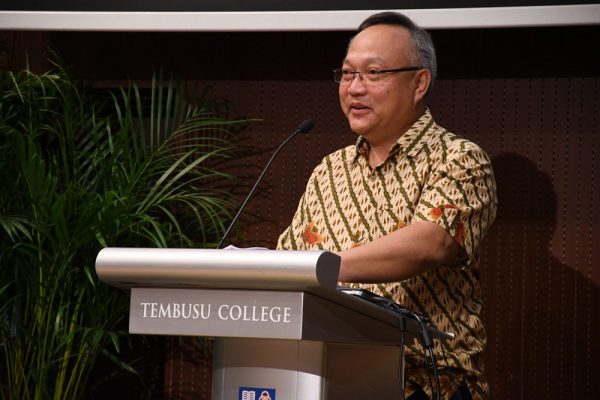 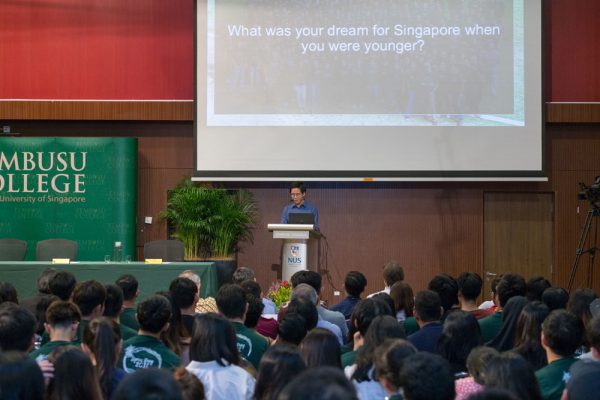 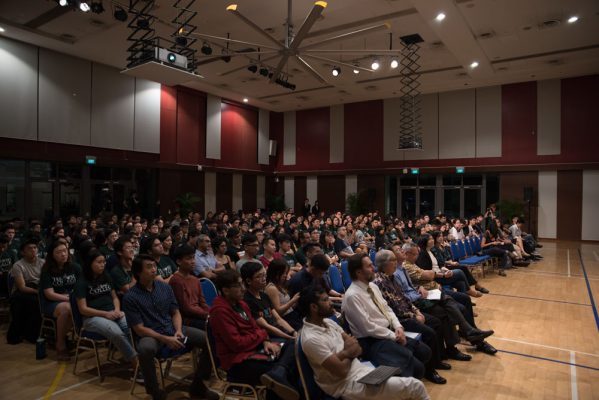 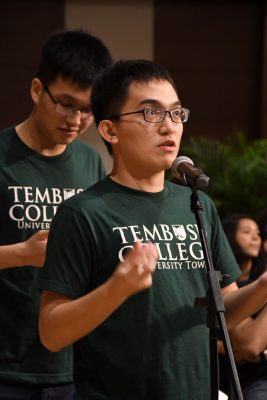 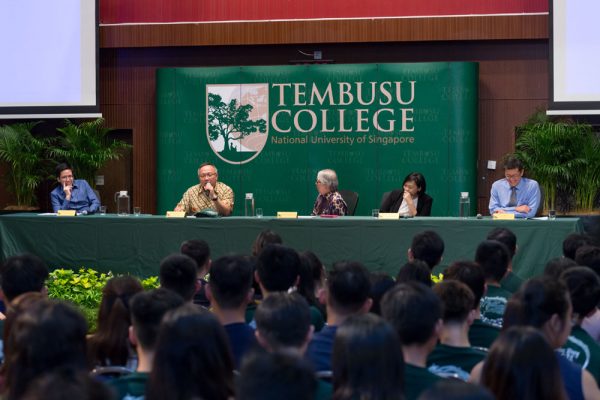 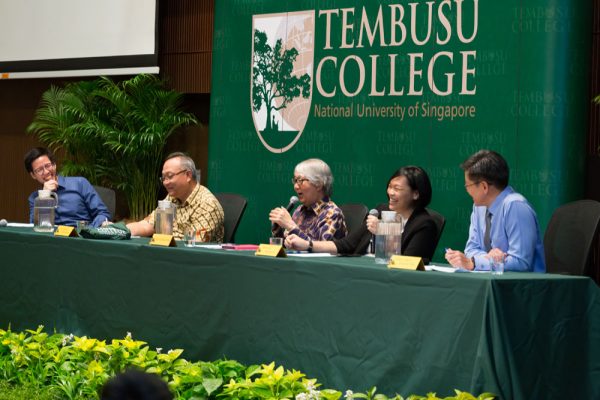 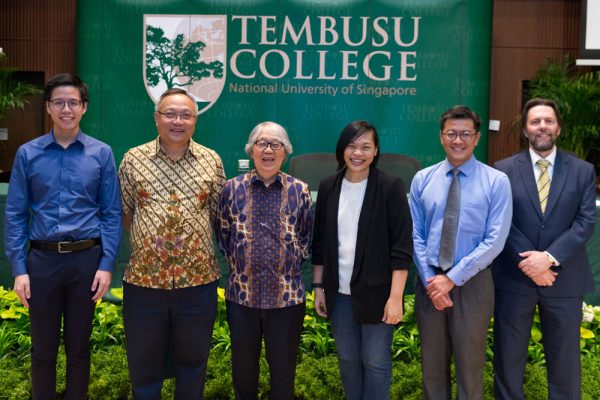