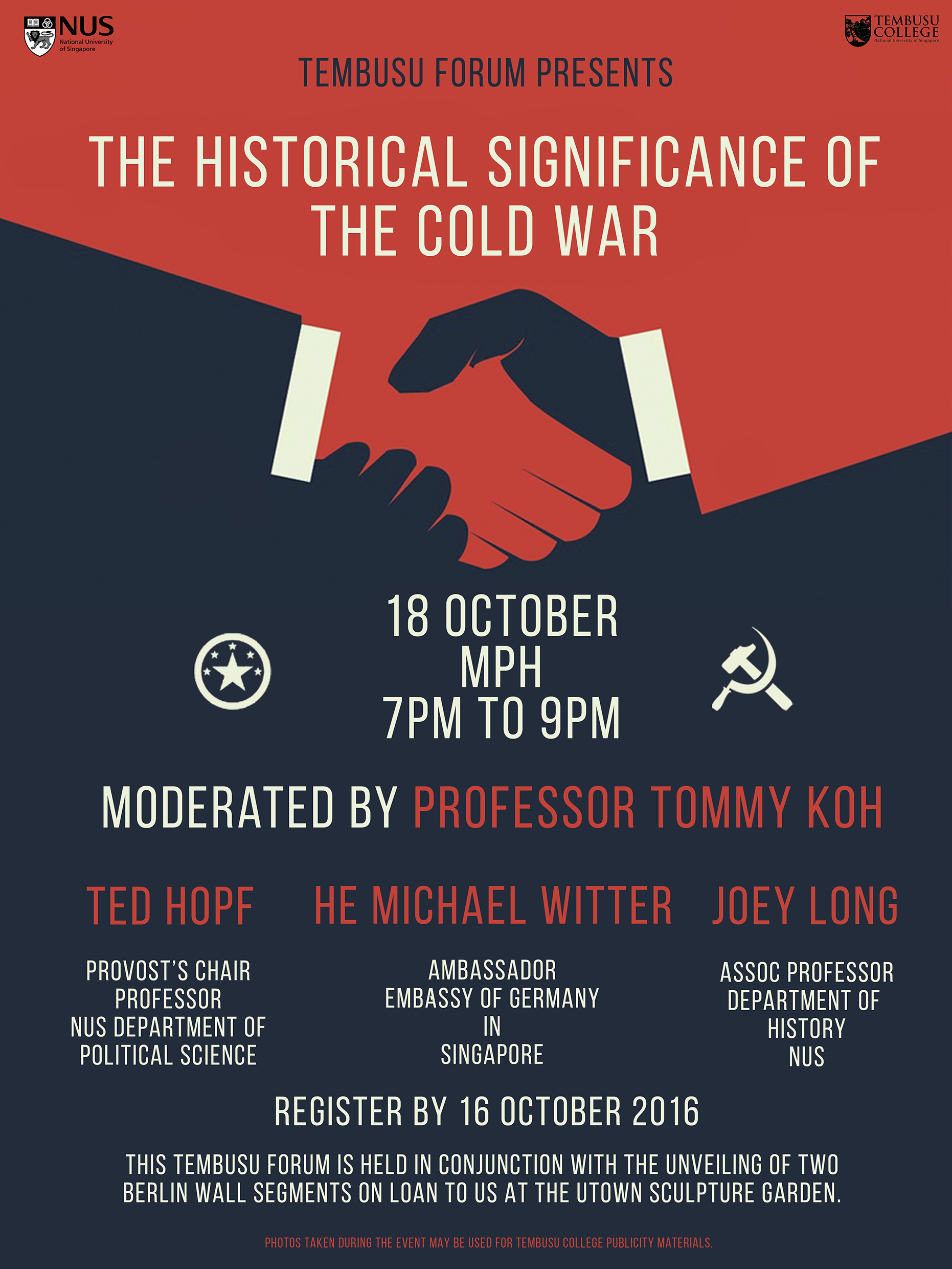 7.20pm:    Audience to be seated at Tembusu College Multi-purpose Hall

Professor Ted Hopf is the Provost Chair Professor of Political Science at National University of Singapore, and previously served on the faculties of Ohio State University, Ohio University and the University of Michigan. His main fields of interest are international relations theory, qualitative research methods, and identity, with special reference to the Soviet Union and the former Soviet space. In addition to articles published in American Political Science Review, European Journal of International Relations, International Organization, Review of International Studies, Security Studies and International Security, and numerous book chapters, he has edited or authored five books. His most recent book, Making Identity Count: Building a Great Power National Identity Database, co-edited with Bentley Allan, begins the construction of a large-n intersubjective national identity data base for all great powers since 1810. Reconstructing the Cold War: The Early Years, 1945-1958 (Oxford 2012), won the 2013 American Political Science Association Robert Jervis-Paul Schroeder Award for Best Book in International Relations and History and the 2013 Marshall D. Shulman Award, presented by the Association of Slavic, East European and Eurasian Studies for the best book published that year on the international politics of the former Soviet Union and Central Europe. Social Construction of International Politics: Identities and Foreign Policies, Moscow, 1955 and 1999 (Cornell University Press, 2002) won the 2003 Shulman Award.

Professor Hopf received his B.A. from Princeton University in 1983 and Ph.D. from Columbia University in 1989. He was a Fulbright Professor in the autumn of 2001 at the European University at St. Petersburg and a former vice-chairperson of the Board of Directors of the National Council for Eurasian and East European Research. His research has been supported by the Mershon Center, the Ford Foundation, the American Council for Learned Societies, and the Olin and Davis Centers at Harvard University.

Professor Hopf’s talk, “Lessons of the Berlin Wall,” will touch on why it was originally erected, what it meant for the Cold War, and how the Cold War ended. He will conclude with contemporary implications for world politics.

His Excellency Dr Michael Witter will speak on “Germany and the Cold War.” Germany after WW II was first an occupied, then a divided country for over 45 years. For a long time, it was the object and centre of East-West rivalry and power play. The defeated Germany lost one fourth of its territory and was split into an Eastern and a Western part. The end of this division also marked the end of the Cold War.

The formation of a Western camp under US leadership and an opposing communist oriented Eastern camp – the GDR and the Eastern “satellite states” dominated by the USSR – divided the world into two big power blocs which cemented Germany’s division into two states for decades. Germany’s division, the Berlin Wall and the “Balance of Threat” with the potential use of atomic weapons on a German battleground, became symbols of the Cold War. During these years in the West, NATO and the EU, and in the East, the Warsaw Pact and COMECON, were formed. The western Federal Republic of Germany with a democratically elected government saw itself as the only legitimate representation of Germany.

In the late 60s and early 70s, based on the status quo that had meanwhile been established between the two superpowers USA and USSR (both with huge arsenals of atomic weapons), a new German Foreign Policy towards the East, “Ostpolitik,” and the CSCE Charter of Helsinki, led to a better relationship between Western and Eastern Germany. It was however only in the years 1985 till 1991 when Mikhail Gorbachev had become Secretary General of the Communist Party of the USSR, that his reforms to prevent the further decline of the USSR developed auto- dynamism in the Baltic and the Eastern States resulting in Germany’s re-unification and the peaceful collapse of the USSR.
Historic moments of Germany in the Cold War were, inter alia, the Berlin Blockade in 1948-49, the erection of the Berlin wall starting on 13 August 1961, President Reagan on June 12th 1987 at the Brandenburg gate in Berlin demanding: “Mr. Gorbachev, tear down this wall,” but also East Germans travelling to Hungary and the Czechoslovak Republic to seek shelter in West German Embassies, and the fall of the Berlin Wall in 1989.

S.R. Joey Long is Associate Professor of History at the Department of History, National University of Singapore. Before joining NUS in 2015, Associate Professor Long was the Director of the History Programme at Nanyang Technological University. He was also previously an Assistant Professor at the S. Rajaratnam School of International Studies, and a visiting history and public policy scholar at the Woodrow Wilson International Center for Scholars in Washington, DC. His main fields of interest are the cold and hot wars in post-WWII Southeast Asia, the history of American foreign relations with Asia, and the history of Singapore. Associate Professor Long is the author of Safe for Decolonization: The Eisenhower Administration, Britain, and Singapore (Kent State University Press, 2011). His articles on the history of American foreign relations, the history of Singapore, and Asian and international security have been published in Contemporary Southeast Asia, Diplomatic History, European Journal of International Relations, Journal of Southeast Asian Studies, Rethinking History, South East Asia Research, and a number of edited volumes. Fellowships and awards he has received include a Fulbright Grant and the Lawrence Gelfand-Armin Rappaport Fellowship from the Society for Historians of American Foreign Relations. 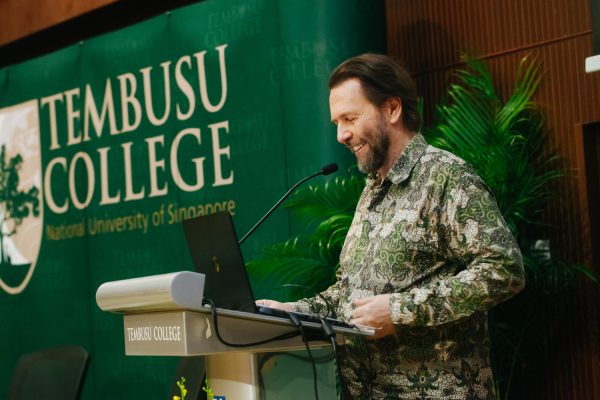 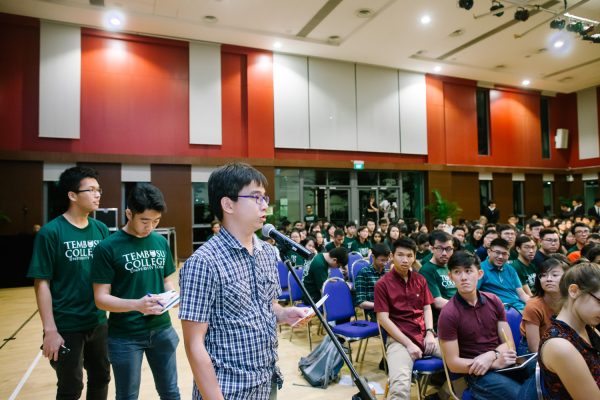 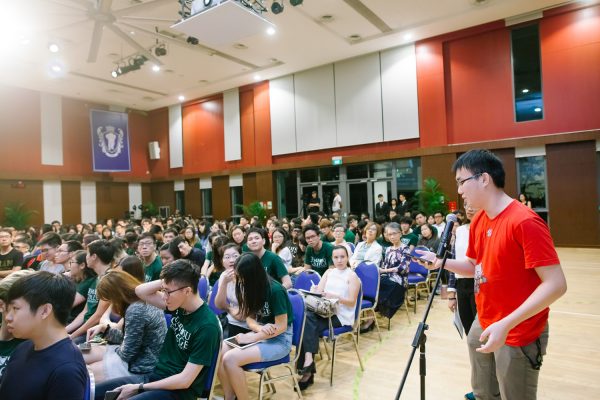 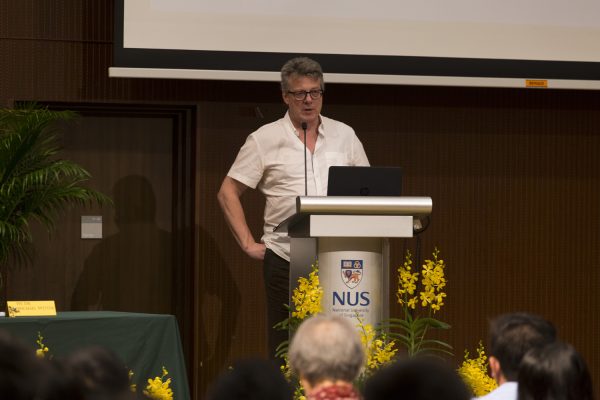 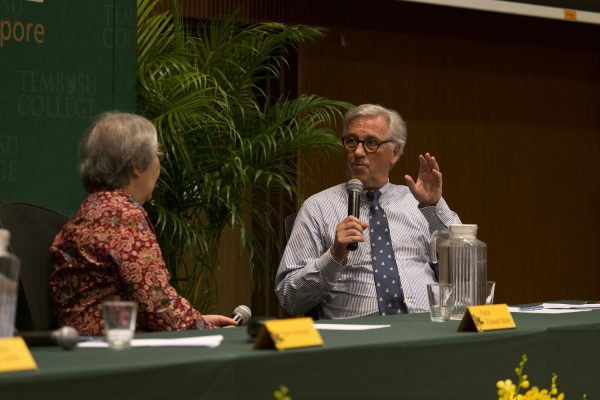 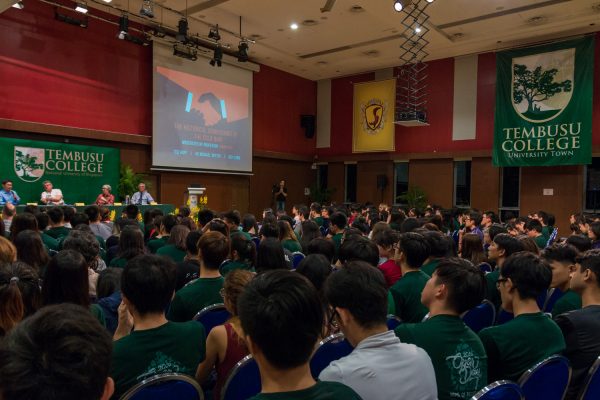 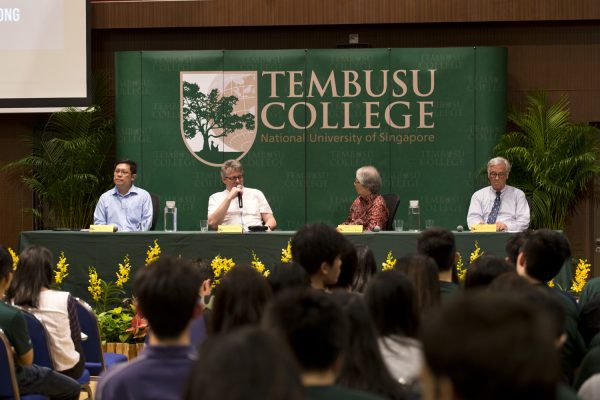 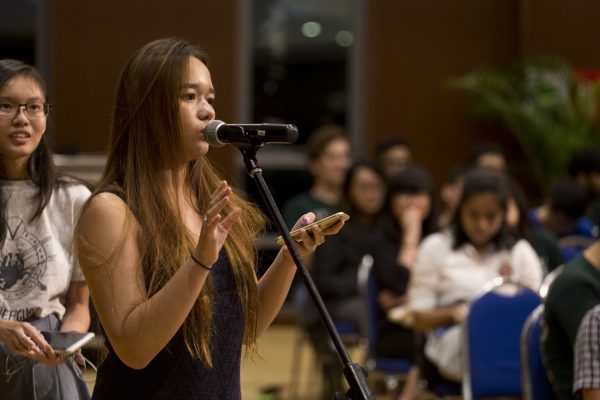 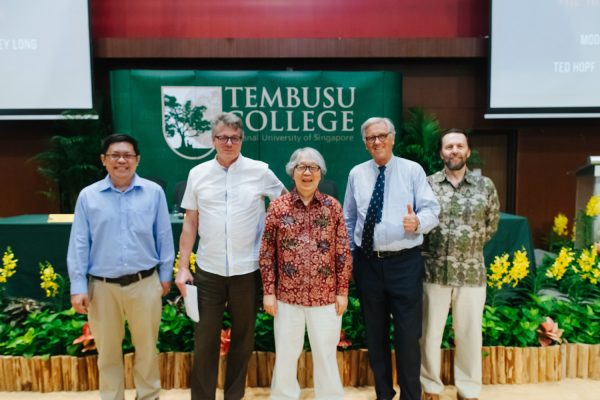