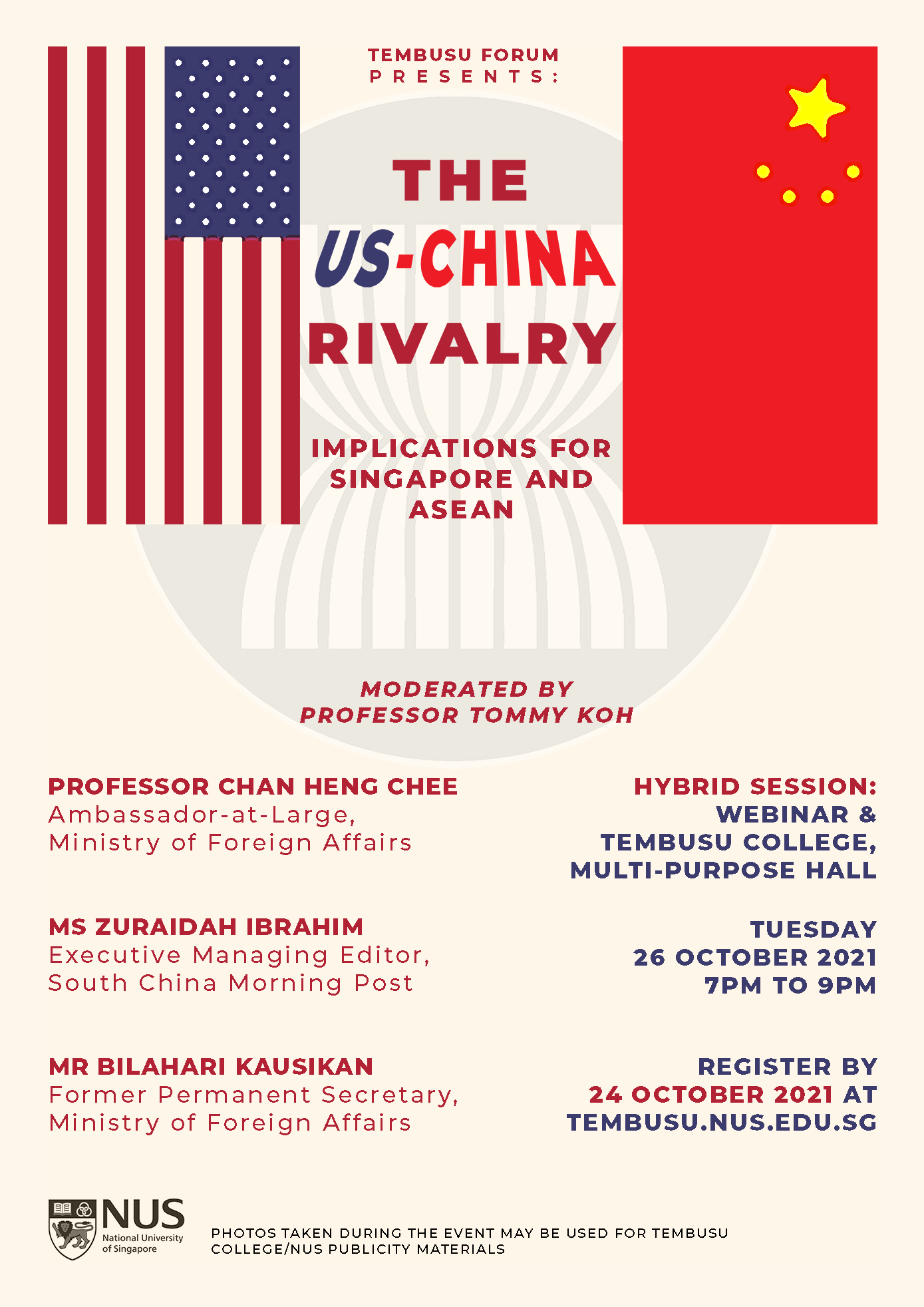 This forum will be held under Chatham House Rule.

Ambassador Chan Heng Chee is Ambassador-at-Large with the Ministry of Foreign Affairs. She is Professor at the Lee Kuan Yew Centre for Innovative Cities in the Singapore University of Technology and Design.

She was appointed a member of the Presidential Council for Minority Rights in July 2012.

Ambassador Chan is Chairman of the Board of Trustees, ISEAS – Yusof Ishak Institute (ISEAS), the premier multi-disciplinary research institute on Southeast Asia in the region. She is the Deputy Chairman of the Social Science Research Council, a Member of the Science of Cities Committee (National Research Foundation), a Member of the Advisory Council on the Ethical Use of AI (Artificial Intelligence) and Data, Ministry of Communications and Information.

She is Global Co-Chair of the Asia Society.

Ms Zuraidah Ibrahim is the executive managing editor of the South China Morning Post, Hong Kong’s main English-language news publication. In that role, she oversees the paper’s city and international coverage as well as its photo, graphics and Young Post teams. She also oversees This Week in Asia, a Sunday current affairs magazine. A native Singaporean, Zuraidah was previously deputy editor of the city’s largest English-language daily, The Straits Times. She co-authored the book Opposition in the Singapore Chronicles series published by the Institute of Policy Studies (2017), as well as Lee Kuan Yew: Hard Truths to Keep Singapore Going (Straits Times Press, 2011).

For the forum, Ms Zuraidah will focus on the impact of the rivalry on the ground, as experienced by ordinary people.

Mr Bilahari Kausikan is currently Chairman of the Middle East Institute, an autonomous institute of the National University of Singapore. He has spent his entire career in the Ministry of Foreign Affairs. During his 37 years in the Ministry, he served in a variety of appointments at home and abroad, including as Ambassador to the Russian Federation, Permanent Representative to the UN in New York, and as the Permanent Secretary to the Ministry. Raffles Institution, the University of Singapore and Columbia University in New York all attempted to educate him.