An Experiment In The Extraordinary

An Experiment In The Extraordinary 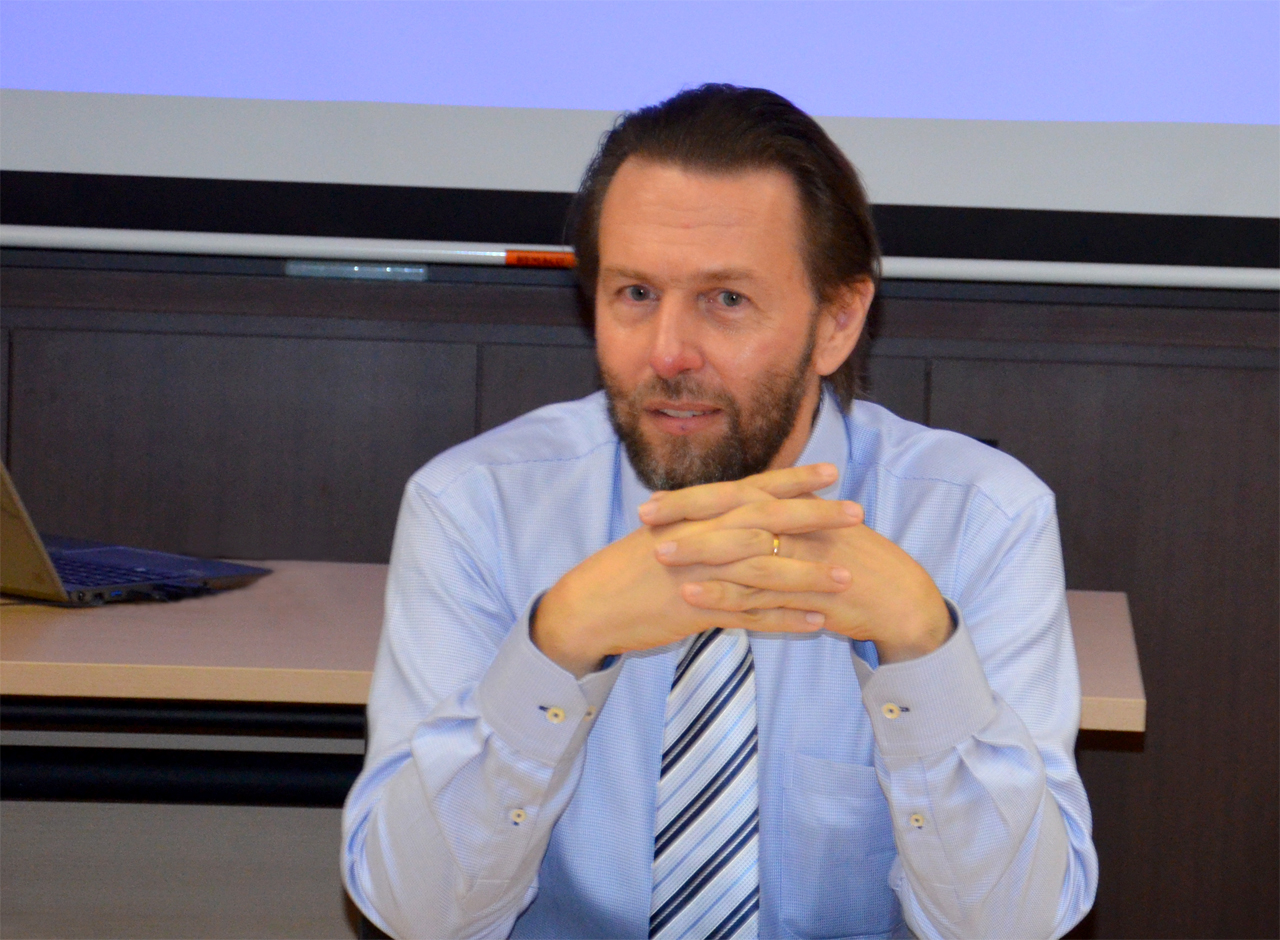 A year after Tembusu College opened its doors, its Master – Associate Professor Gregory Clancey – recounts the past and contemplates the future.

In a 2010 interview with the Chronicle of Higher Education, Associate Professor Gregory Clancey described establishing and developing Tembusu College as an “interesting challenge”[1]. Two years later, the MIT-trained historian described the College’s first year of operations as a “fairly successful” experiment.

In fact, Prof Clancey used the term ‘experiment’ frequently when he recounted his experiences as College Master thus far to participants of an interviewing Masterclass in August. From the character of student life and the academic programme to his selection of faculty, he reiterated that the novelty of the ‘residential college’ concept in the Asian context meant that he had no preset model or formula to subscribe to in developing a first-of-its-kind College here in Singapore. Each formative step in developing NUS’ pioneer residential college – from hiring staff to admitting students – posed its own unique set of challenges.

With no physical building or student population as yet in early 2011, Prof Clancey recalled that assembling faculty proved to be a tricky task. After interviewing and interacting with numerous applicants, he went by “gut instinct” on many occasions, in judging whether applicants could go beyond merely teaching to serving as active contributors to the College environment as well. While he once he had to oversee all operations related to the College, he now has a trusted cadre of directors and faculty to whom he delegates many of the day-to-day operations.

As Master, his focus has now expanded to include engaging external partners and agencies, raising awareness and funds for the College, as well as cultivating goodwill amongst the Singaporean community. In spite of extensive and demanding administrative responsibilities however, he admitted that he was “eager to get back to teaching” as soon as the College is in a more steady state.

Student admissions into the College posed their own share of challenges as well, especially vis-à-vis freshman applications. Believing that students should learn from each other as much as they do from the faculty, Prof Clancey focused his efforts on ensuring diversity among the population of student-residents in Tembusu. Students should come from a spread of faculties, and have a variety of interests and talents outside the classroom. Diversity and potential can’t be fully captured through the NUS application form, so incoming students are also asked to write an essay and be interviewed. This was further complicated by the application process to NUS as all applicants could pick from three preferred courses and not just one. Deciding who to admit in the interest of maintaining diversity based on then-inconclusive applications was therefore a challenge for Prof Clancey and his faculty.

Prof Clancey acknowledged that he was apprehensive at having to deal with “600 strangers suddenly brought together in the same building” when Tembusu first opened. But his worry that he might have to micromanage student activities proved unfounded, as the student-residents, without prompting, started forming a multitude of interest groups and collaborated to organise calendar events. He singled out the “explosion of talent’’ he witnessed at the inaugural Cultural Night held in Semester One last year, declaring himself impressed at the level of performance. The “excess energy” and activism of Tembusu College residents has been an extraordinary revelation to Prof Clancey, who credits the interest groups and student leaders for having “helped as much as the faculty in making the college a community”.

Just as the college experimented with student activism, it did the same with the academic programme offered at Tembusu. Because the first batch college residents had to include existing seniors, not all took the college modules in the first year of trial-and-error. But the number of residents taking modules this academic year – especially those taking the full slate of five modules ranging from Junior Seminars to Ideas and Exposition modules to Senior Seminars - has increased significantly.

The flagship Senior Seminar modules – “Climate Change” in Semester 1 and “Biomedicine & Singapore Society” in Semester 2 – are central highlights of Tembusu College’s ongoing experimentation this academic year, involving more than 200 senior students each. The Senior Seminar is a manifestation of the college’s vision of having multi-disciplinary learning around global and Asian themes. Nine PhDs split the class into 15-student seminar groups focusing on various aspects of climate change, and culminating in all the student participants coming together to share what they have learnt.

Prof Clancey has also experimented with integrating the various learning platforms offered in Tembusu College. The Climate Change Senior Seminar for example, was launched at this year’s first Tembusu Forum, which featured panelists who are experts on the issue. He believes that such integration can foster greater common learning experiences among Tembusu students, and encourage common conversations across wider, broader groups of people, thereby helping to create a tighter, more close-knit “learning community”.

He revealed that he was toying with offering an Urban Studies Seminar in the future, noting that various faculty members had an interest in topics such as sustainable development. As an academic topic, he also noted that it “aligned itself well” with Tembusu College’s commitment to multidisciplinary teaching and learning.

As the first College to offer the University Town Residential Programme (UTRP), Tembusu College has already established a proud heritage in NUS within a relatively short span on 12 months. Beyond that however, Prof Clancey took pride in the fact that the intimacy of the College education model has allowed him to “know quite a few faces in the room quite well”.

Its status as a pioneer Singaporean college aside, Prof Clancey remarked that Tembusu remains a work-in-progress that will continue to develop and evolve organically with each subsequent cohort of student-residents and new approaches to collegiate living and learning. To the Master of Tembusu College – with a year of remarkable achievements and growth behind him and exciting potential developments ahead – the journey forward continues to be an experiment into the extraordinary.