Humility, generosity, compassion and a fierce, tireless commitment to service. These were just some of the descriptors that came up in repeated references to Professor Tommy Koh – Rector of Tembusu College – on the evening of 30th October.

The occasion was the launch of Prof Koh’s latest book at the National Library. Entitled The Tommy Koh Reader: Favourite Essays and Lectures, the book features a selection of essays speeches, and lectures – personally handpicked and assembled by him – from across his five-decade long career. 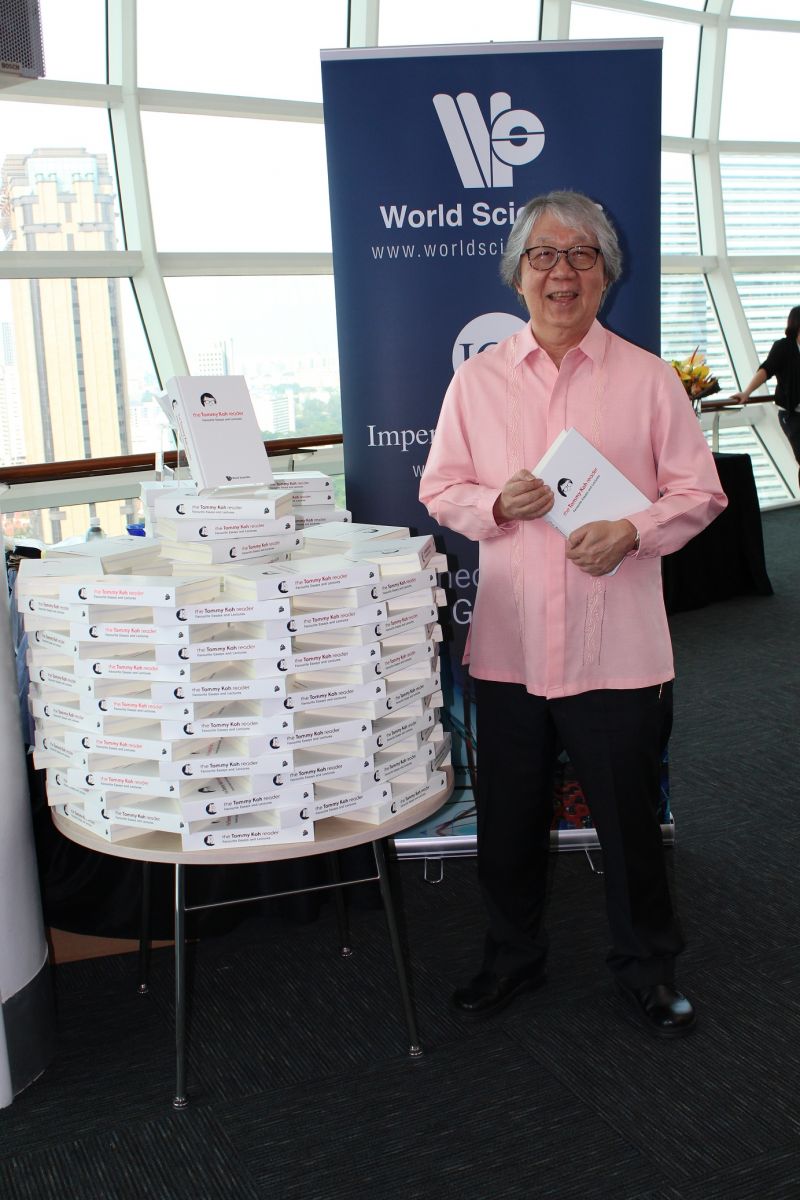 Another recurring refrain during the launch was the multiple hats that Prof Koh has skillfully worn over the course of his career: esteemed academic, respected lawyer, illustrious diplomat, august advocate of the arts, spirited champion of the environment and – throughout it all – staunchly proud Singaporean. Fittingly then, the contents of the book are divided into distinct sections pertaining to diplomacy, culture and heritage, law, the environment, and – naturally – his thoughts on Singapore and her future.

In the book’s foreword, NUS President Professor Tan Chorh Chuan writes that the book is “more than just a collection of written works and speeches” and that it offers the reader “a rare glimpse into the values and beliefs he holds most dearly”. With characteristic intellectual precision and clarity, Prof Koh voices his frank, informed opinions on contentious yet relevant topics like inequality, a minimum wage, ageism and immigration.

Speaking at the book launch was the CEO of the National Library Board (NLB) Mrs Elaine Ng, who described Prof Koh as both a “man of letters” and a “man of warmth”. Highlighting his love for books, Mrs Ng recounted how he has served as an active Patron of the decade-old “READ! Singapore” campaign, and had proactively and successfully sought to bring the “International Summit of the Book” to Singapore earlier this year.

Prof Koh’s relentless passion for his pet causes was also alluded to by Guest-of-Honour Mr Warren Fernandez, Editor of the Straits Times. Mr Fernandez referred to the book as having best captured the essence of Prof Koh: his humility, his diplomacy and his “ability to use his influence to good effect”. In response to a later question on what younger generations of Singaporeans could learn from Prof Koh, he commented that key lessons would include how to stay grounded and have “a strong sense of purpose”.

Prof Koh proceeded to round out the occasion in true Tommy Koh style: not by making a speech of his own but by presenting signed copies of the book to the invited speakers and creative minds behind the publication, as well as to the many personal assistants who had worked for and with him over the course of his career. 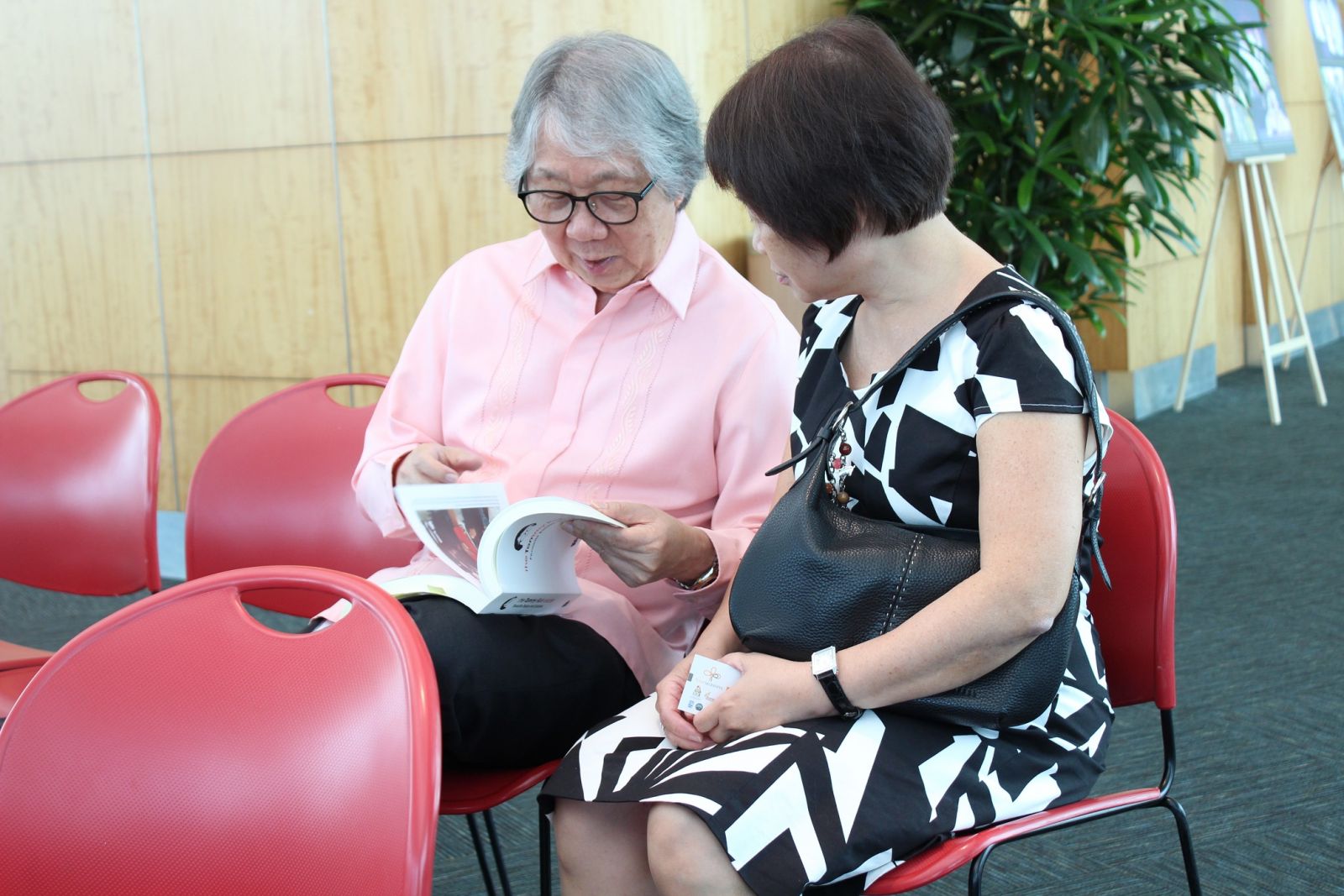 Among those who were in attendance at the book launch were family, friends and colleagues both past and present; the international composition of the audience speaking to his global recognition and appeal. Prominent personalities present included former President of Singapore S. R. Nathan, Member of Parliament Irene Ng, Dean of the Lee Kuan Yew School of Public Policy Professor Kishore Mahbubani, Dean of the S. Rajaratnam School of International Studies Ambassador Barry Desker, and the Rector of Cinnamon College Professor Wang Gungwu.

Prof Mahbubani singled out Prof Koh as “probably one of the top ten diplomats anywhere in the world” and remarked on how he served as an example to other Singaporeans that hailing from a small country should not impede aspirations to be among the best in the world in their respective fields. Recalling how he had to step into the shoes of a “giant, towering figure” when he replaced Prof Koh as Singapore’s Permanent Representative at the United Nations (UN) in 1984, he also pointed to the latter’s generosity, commenting on how he “bent over backwards” to help him succeed in his tenure at the UN.

His willingness to take the extra step to help other people was similarly echoed by former President Nathan – Prof Koh’s successor as the Republic’s Ambassador to the United States in 1990 – who further praised him for remaining unchanged despite his storied, illustrious career. When asked what she hoped readers would takeaway from the book, NLB’s Mrs Ng also remarked that she hoped people would walk away with “his generosity of spirit”. 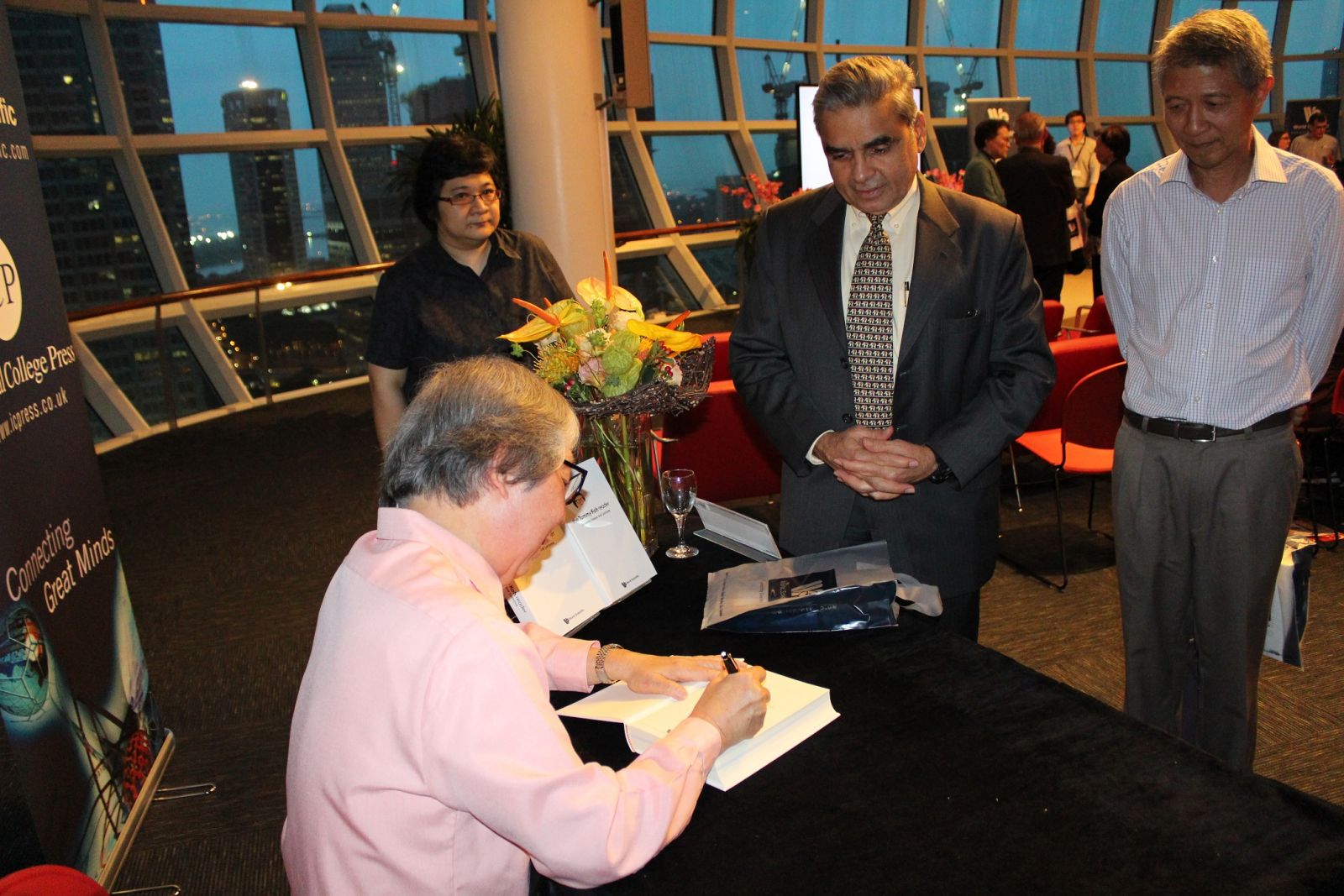 Prof’s Koh generosity was further affirmed by Associate Professor Gregory Clancey – Master of Tembusu College - who commented that the College was “very proud” to have him as its Rector and that “he’s always very generous with the time he gives to students despite his many commitments”.

“The Tommy Koh Reader: Favourite Essays and Lectures” is published by World Scientific Publishing and is available now at major bookstores including Kinokuniya and BookHaven.