Fragments of the Berlin Wall at Tembusu College 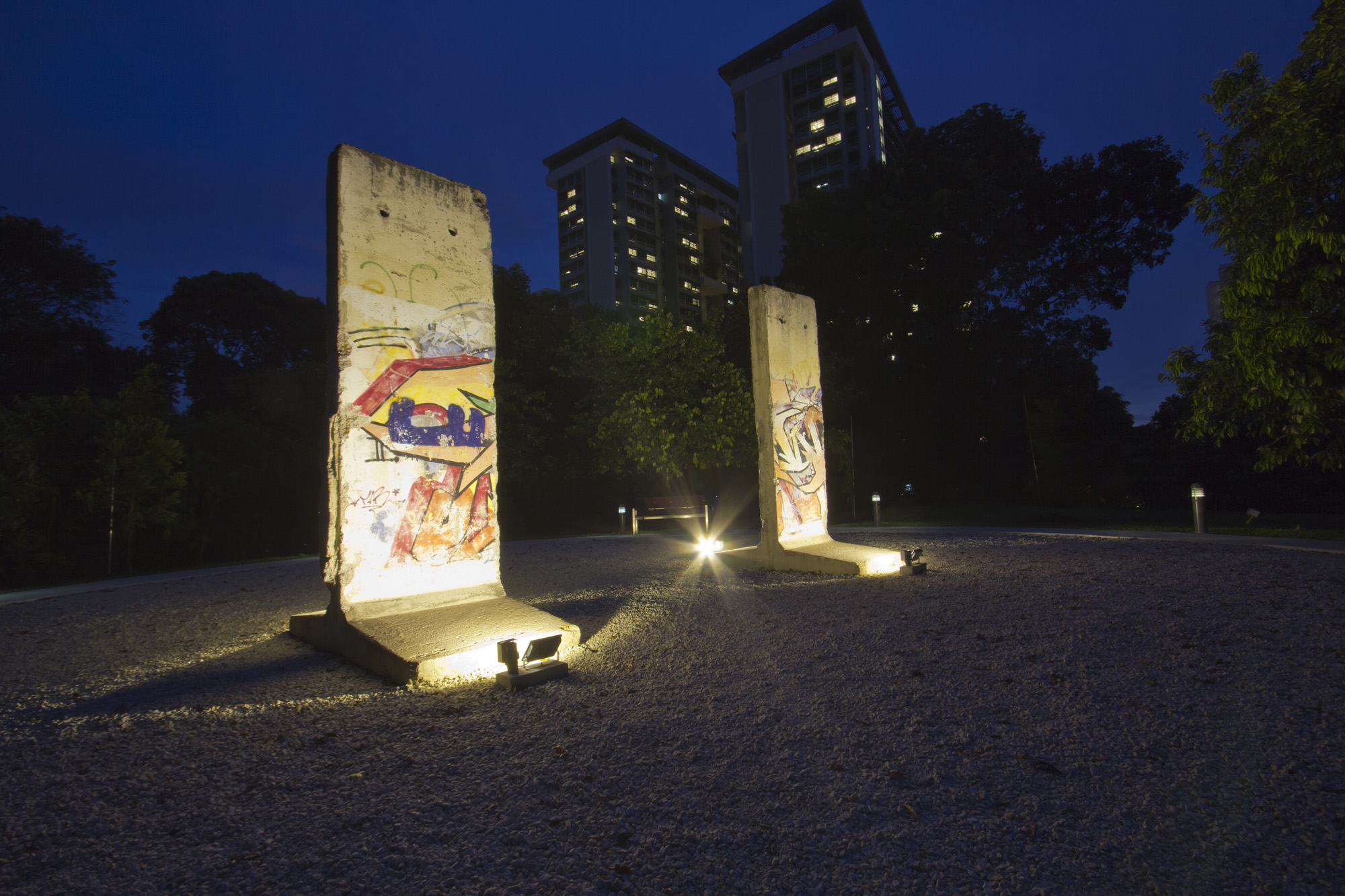 On 18 October 2016, two panels of the Berlin Wall were unveiled at NUS by Dr Vivian Balakrishnan, Singapore's Minister of Foreign Affairs; His Excellency Dr Michael Witter, Ambassador of the Federal Republic of Germany to Singapore; and Professor Tommy Koh, Rector of Tembusu College at NUS.

The panels are a gift to Singapore’s Ministry of Foreign Affairs by Germany’s Mr Elmar Prost and his building materials company, Lagerhaus KW GmbH, to mark 50 years of diplomatic relations between Germany and Singapore. They are on loan to NUS through the Foreign Ministry for at least five years and are on display at a garden behind the Tembusu College at NUS University Town. 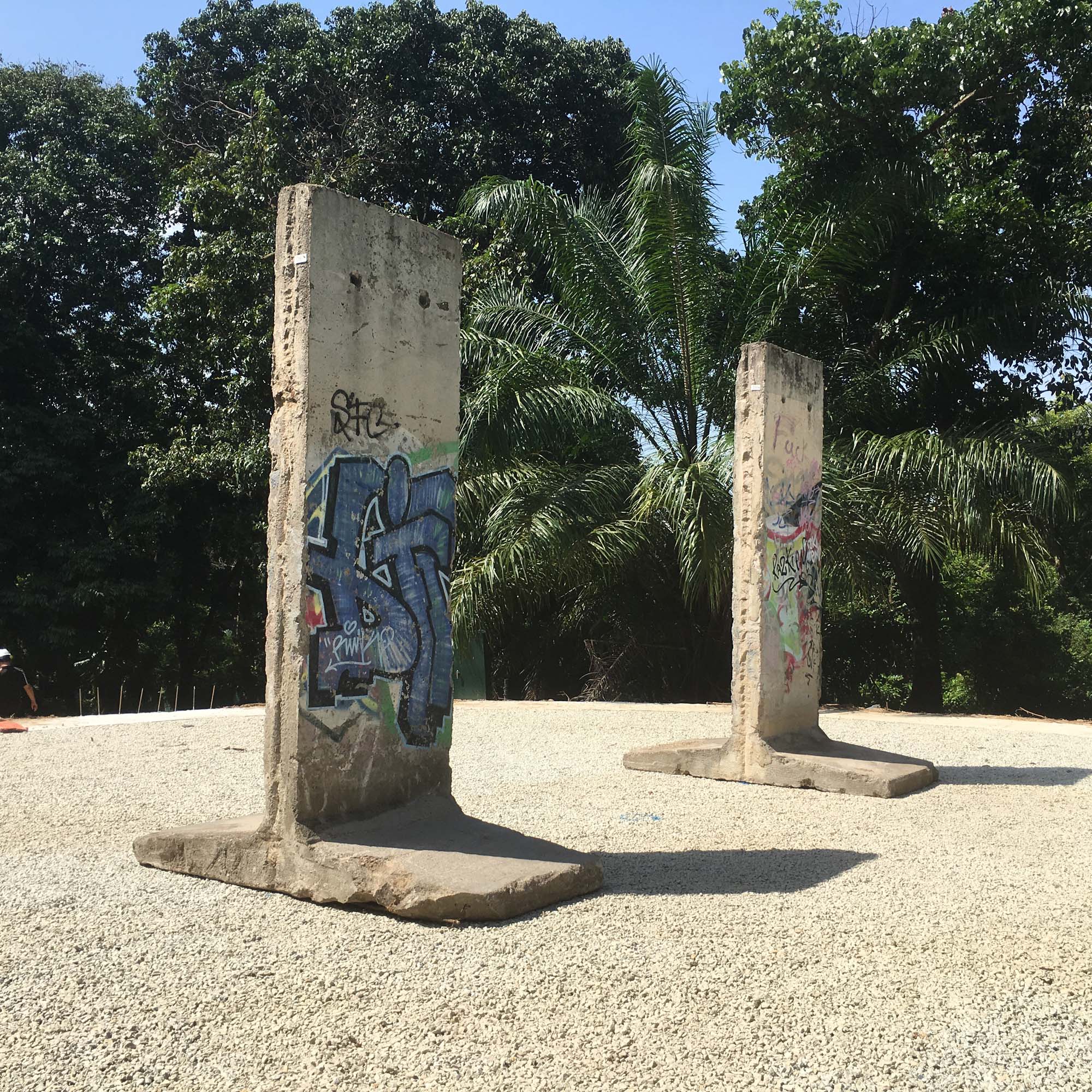 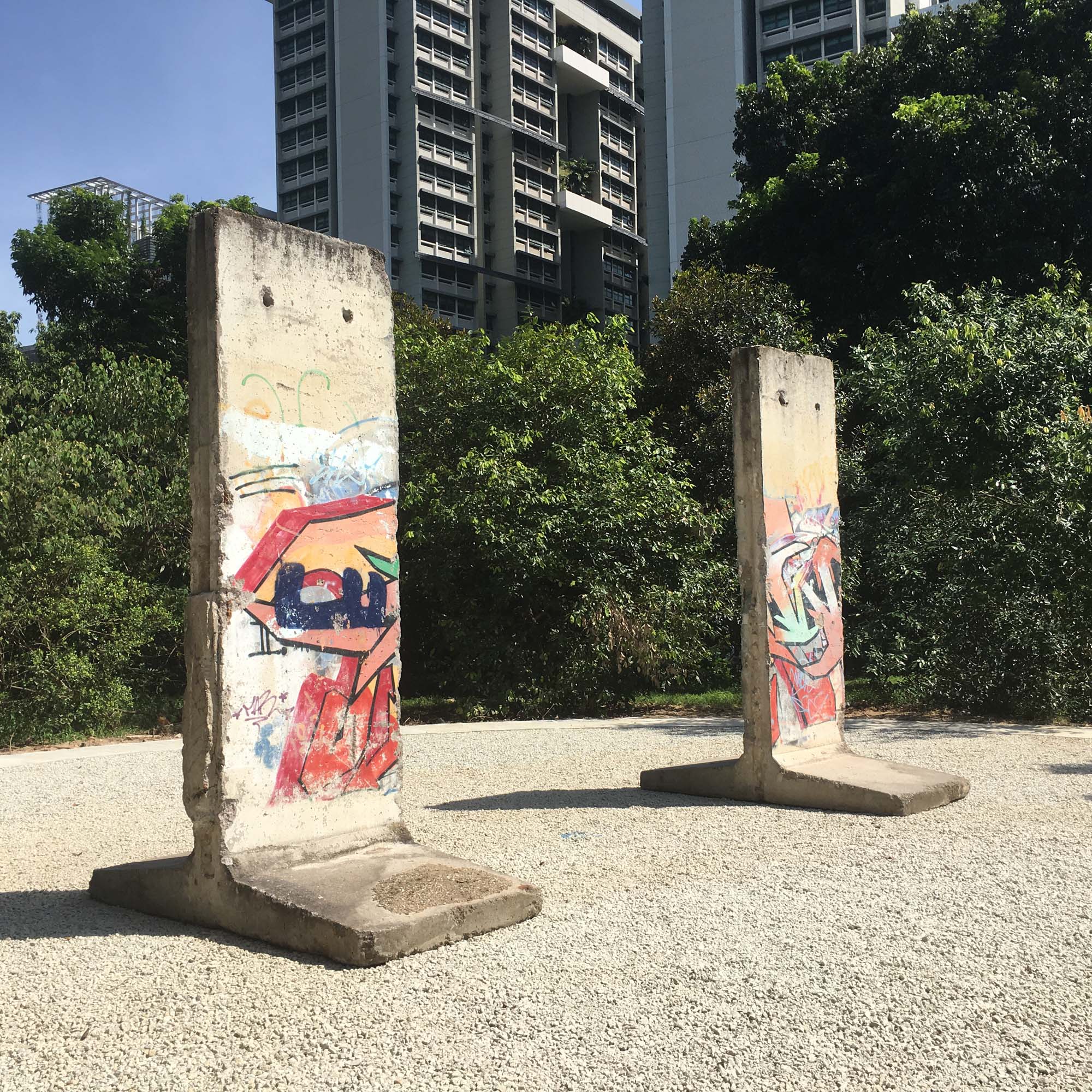 Each segment of the Berlin Wall weighs approximately four tonnes, stands at 3.6 metres tall, measures 1.2 metres across and 27 centimetres in thickness, and is supported by a base that is 2.1 metres wide.

A Tembusu Forum on the historical significance of the Cold War was held in conjunction with the unveiling.

The event was widely covered by the media, and some of the reports can be found here: