Is heritage important? Why? 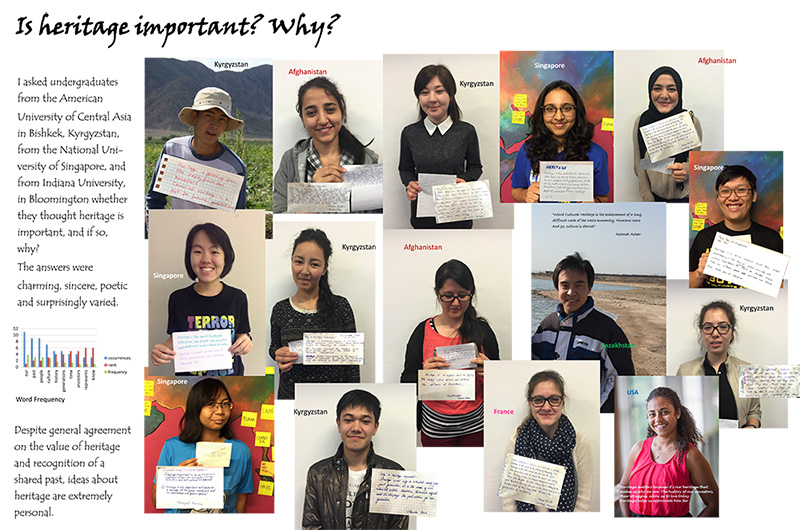 Undergraduates from Tembusu College (National University of Singapore), the American University of Central Asia in Bishkek and Indiana University participated in a small project conducted by Prof Anne Pyburn while she was in teaching in Kyrgystan. They were asked whether they think heritage is important, and if so, why? The answers were charming, sincere, poetic and surprisingly varied. Despite general agreement on the value of heritage, preservation, and the importance of recognition of a shared past, the students' answers showed that ideas about heritage are extremely personal.

Although this is an extremely preliminary and small scale study, it has implications for the value of the concept of "world heritage" which tends to distance people from their own history and make the past seem homogeneous, irrelevant, and boring. It also inclines people to think that there is only one correct story about the past, which many scholars have begun to see as Colonial and damaging to Indigenous peoples and groups who are politically disadvantaged. Promoting world heritage may not be the best mechanism for preservation or even education.  We should probably begin to talk about the world's "many heritages".