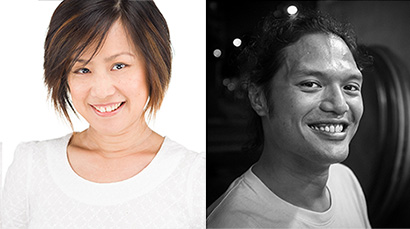 Henri Lefebvre teaches us that space is not a given: it is, instead, the manner in which one interacts with, relates to, a place that generates this momentary thing called ‘space’. Thus, space is brought forth through one’s act, craft, tekhnē; where something, perhaps even something new — in all its potentiality — is introduced into the world, alongside all its possible consequences.

It is in this spirit that the students in the Singapore as “Model” City? senior seminar embark on their intervention projects; where they attempted to respond to a place, open a relation — thus, always already a question — with it, whilst keeping in mind that any response entails being responsible; not just to the people who might have been there, not just to the place, but to the very space that is created.

In this panel, Margaret Tan will reflect on the questions behind the quest of the seminar: in particular, the diacritical marks which haunt its title. After which, Jeremy Fernando will attempt to meditate on the notion of interventions, on the relationship between the one who intervenes and the site of the intervention. They will conclude by presenting various interventions that have been made by their students over the various semesters.

Jeremy Fernando is the Jean Baudrillard Fellow at the European Graduate School, where he is also a Reader in Contemporary Literature & Thought. He works in the intersections of literature, philosophy, and the media; and has written sixteen books — including Reading Blindly, Living with Art, Writing Death, and in fidelity. His works has been featured in magazines and journals such as Berfrois, CTheory, TimeOut, and VICE, amongst others; and he has been translated into Japanese, Italian, Spanish, and Serbian. Exploring other media has led him to film, music, and art; and his work has been exhibited in Seoul, Vienna, Hong Kong, and Singapore. He is the general editor of both Delere Press and the thematic magazine One Imperative; and is a Fellow of Tembusu College at the National University of Singapore.

Margaret Tan is a Fellow and Director of Programmes at Tembusu College, a Research Fellow at Asia Research Institute’s Science, Technology and Society Research Cluster, and the Co-director of the NUS Art/Science Residency Programme, National University of Singapore. She holds a PhD from the Department of Communications and New Media, NUS, a Masters in Interactive Media and Critical Theory from Goldsmiths College, University of London, and a degree in Fines Arts from RMIT/LASALLE College of the Arts. Prior to joining NUS, Margaret lectured on art history and theory, and practised as an artist. Working from a feminist perspective, and with a range of media, her works have been showcased both locally and internationally. Margaret engages art now as a teacher and administrator; she believes strongly in the potential of art in opening up spaces for discourse and contemplation.

Yanyun Chen teaches drawing at Yale-NUS College and Nanyang Technological University in Singapore. Her studio-based practice is driven by questions and craft, through contemplating the relationships between theory, process, method, and the art work. She attempts to open conversations about what it means to draw, read, think, respond. Her works revolve around the themes of suspension and animation of death/dying, memory/memorials, light and atmosphere, and nudity/nakedness/bare. Her works have been exhibited in Singapore, notably ChanHampe Galleries, Visual Arts Development Association Singapore, Jendela (Visual Art Space), and NoiseSingapore. She is a Ph.D. candidate at the European Graduate School in Switzerland, where she also obtained her Masters in Communications. She received the Lee Kuan Yew Gold Medal Award and the Nanyang Scholarship for her Bachelors in Fine Arts [Hons] 1st class from Nanyang Technological University (Singapore); and has been trained at the Florence Academy of Art (Sweden), The Animation Workshop (Denmark), and under puppet makers Miroslav Trejtnar and Zdar Sorm (Czech Republic).

To register, go to: NUS Centre for the Arts