A group of 12 Tembusu and NUS students, led by historian Dr John van Wyhe, Fellow of Tembusu College, undertook an expedition to Sulawesi (Indonesia) from 19-31 May. The aim was to study the state of nature conservation on the 11th largest island in the world and to re-trace the footsteps of the great Victorian naturalist A.R. Wallace who examined the island between 1856 and 1861.

Their first stop was the city of Makassar in the south. Here the students saw historic sites such as the old Dutch Fort and attended lectures and met fellow students at Hasanuddin University. Another unique opportunity made possible by the Study Trips for Engagement and EnRichment (STEER) programme was a visit to the home of the charismatic mayor of Makassar, Danny Pomanto. He regaled the students with his plans for future development.

Not far from Makassar, the group visited the Leang Petta Kere limestone cave where archaeologists have recently discovered that some of the ancient hand stencils (or hand prints) on the cave walls are 39,000 years old- the oldest human handprints in the world.

Next, the team visited the Bantimurung-Bulusaraung National Park with its famous waterfall. This was one of Wallace’s favourite collecting sites. And to this day the area swarms with many species of gloriously coloured butterflies. The river waters above the falls are coloured an astonishing milky-blue colour from the limestone hills.

On another excursion, the team was given an educational tour by ‘Blue Forests’, a conservation organization dedicated to preserving and restoring mangrove forests. This took place in the remote village of Bontomani in the Pangkajene region, about 65km to the north of Makassar. The efforts of conservationists to preserve and restore the mangrove seemed to be an impossibly enormous task.

The team then flew to the port city of Manado on the northernmost peninsula, and other side of the island. From there they made an excursion to the town of Tomohon in the shadow of the picturesque and still active Lokon volcano. The bustling local market contained many shocking scenes because the locals sell and eat fruit bats, rats and even cats and dogs. From the mountains the group descended to the picturesque Lake Tondano. The lake lies in a vast valley which is in fact an ancient volcanic crater. North Sulawesi remains volcanically active. Nearby was Bukit Doa, a volcanic vent and hot spring. The expedition team scrambled up to examine a whole hillside of bare rock of many colours, giving off clouds of steam and sulphur, like a scene from a volcano. Trickling down from the hillside was a stream of scalding hot water.

One of the highlights of the trip was a visit to Tangkoko Batuangus Nature Reserve. Here they saw, up close, a troupe of Crested black macaques. Like many of the species in Sulawesi, these tailless monkeys live nowhere else in the world. Further into the dry and open forest, their guide took them to a tree that was home to a family of Tarsiers- the smallest primate on earth. These tiny creatures have enormous eyes to help them hunt at night. While the team watched in breathless amazement, the tiny tarsiers leapt about four feet to a small tree and grabbed grasshoppers with their little hands. These have finger nails not claws. The same tree was filmed by Sir David Attenborough for one of his natural history films.

The final stop was a snorkelling trip to Bunaken Marine Park. The group was treated to a tropical coral reef in all its splendour. Multitudes of fish of endless variety swam in all directions and the entangled forests of coral were equally colourful. The team were lucky enough to see a large pod of dolphins, very close to the boat, and to swim just feet away from graceful Hawksbill and Green sea turtles.

The state of nature conservation in Sulawesi is very serious. Almost all of the mangrove forests are gone. The strange wild pig, the Babirusa, has gone extinct in Tangkoko. The exotic brush turkey, or Maleo, that also lives nowhere else, is now extremely scarce. The Black macaques too used to live all over the island. Now they survive only in a few pockets. And they are still being killed and maimed by poachers as the team witnessed animals injured by snares. Yet there are some glimmers of hope, perhaps, as in the effective reduction (but not elimination) of poaching in Tangkoko by the establishment of long jail terms and harsh fines. The team witnessed breathtaking landscapes and plants and animals that are amongst the most amazing and beautiful on Earth. And they encountered many different peoples with their different languages, cultures, traditions and ways of life. 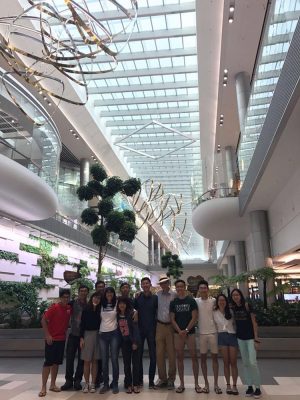 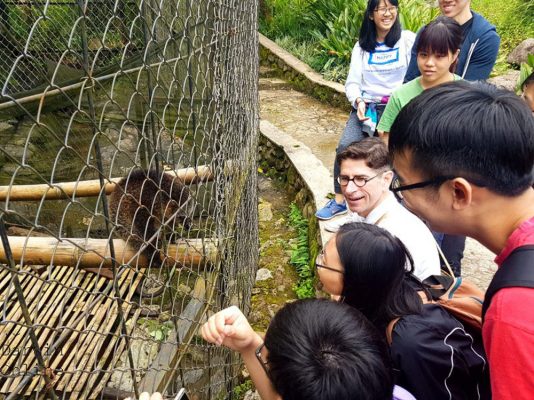 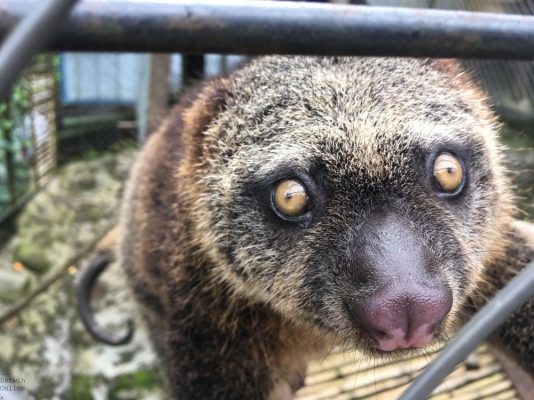 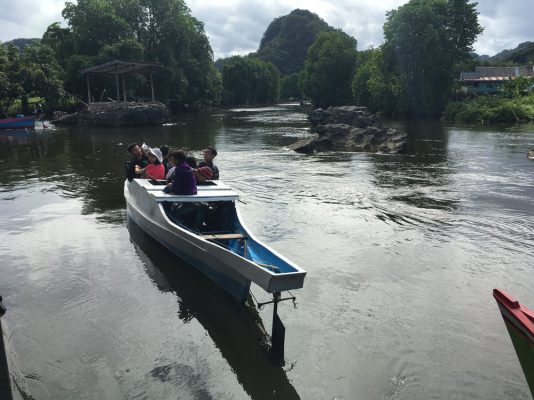 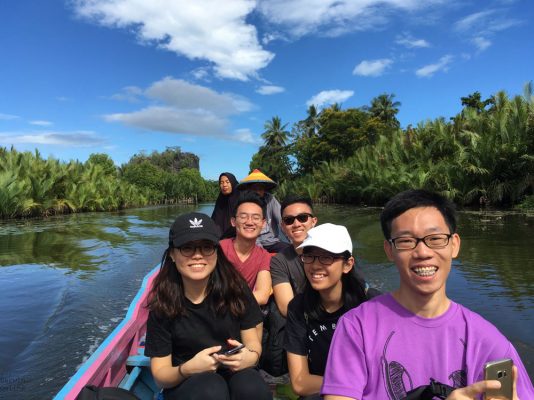 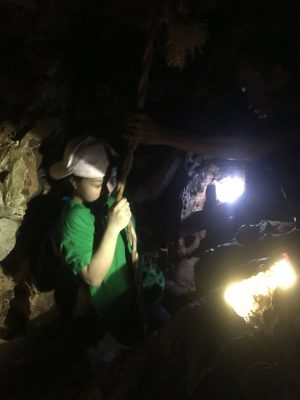 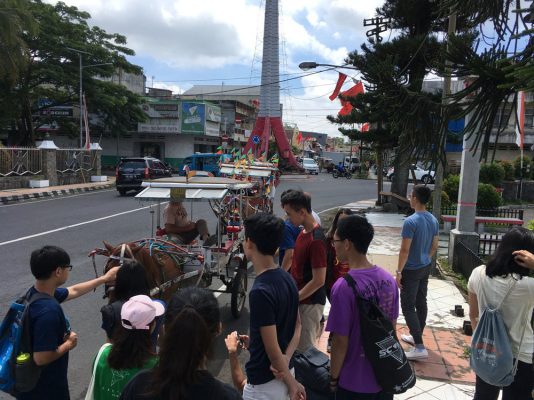 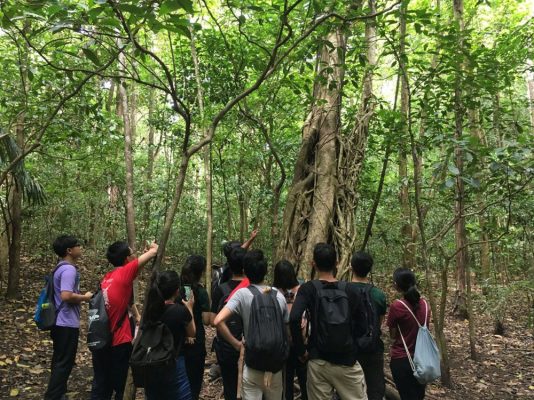 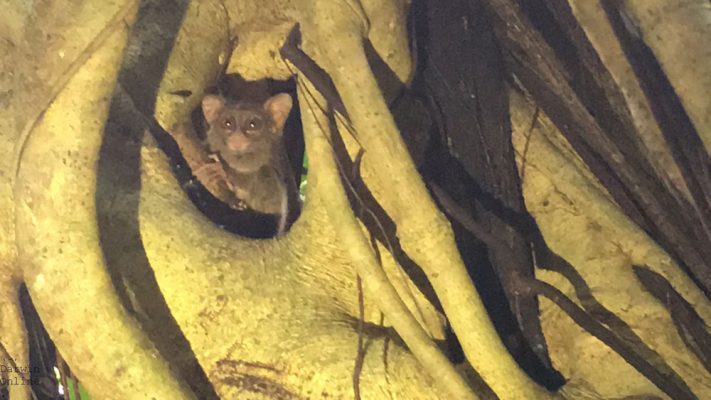 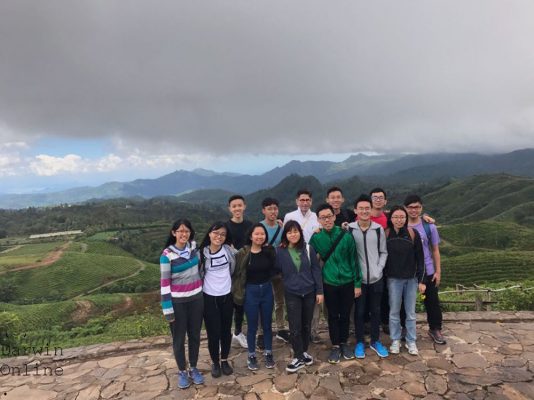