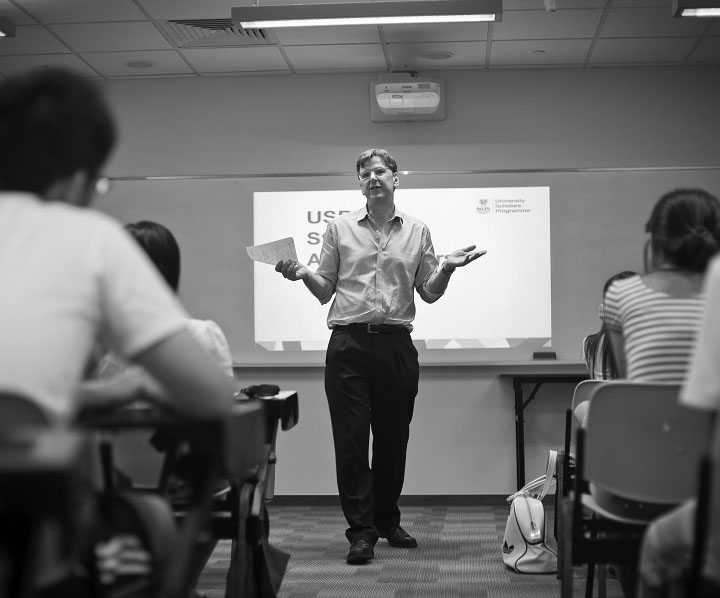 Tembusu College expresses its heartfelt sympathy to our friends at Cinnamon College for the loss of their founding Master, Prof. John Richardson.  John was a friend and close colleague of mine, first during the four years we worked together in the FASS Dean’s Office, and later when we became the first Masters of, respectively Cinnamon and Tembusu colleges.  Tembusu actually began in an office in the “Old Administrative Building” (now demolished) which then housed the USP Programme, and which John graciously loaned to us during our planning year of 2010.  In 2011, John and I walked together across the bridge over the AYE, along with students from our two colleges, to joyously open UTown.

John was a passionate advocate for his programme, and his college.  The two colleges were friendly rivals in those first few years, but John and I always respected one another, and cooperated to keep things steady.  Once, when a dispute between student leaders at the two colleges threatened to get out of hand, John and I arranged to very publically have dinner together in the middle of the our shared dining hall to cool tensions and demonstrate our friendship.  I like to think the current good and easy relations between Cinnamon and Tembusu were forged through such mutual efforts in our early years.

John was tough-minded, but also self-deprecating, reflective, and possessed of a sense of humor.  He did his best at every task, and for that reason was given many responsibilities over the course of his career at NUS.  It is no exaggeration to say that John gave his life to this university.  His passing was a shock, and came too early.  But I’m truly glad to have known and worked with John Richardson, and will cherish his memory.