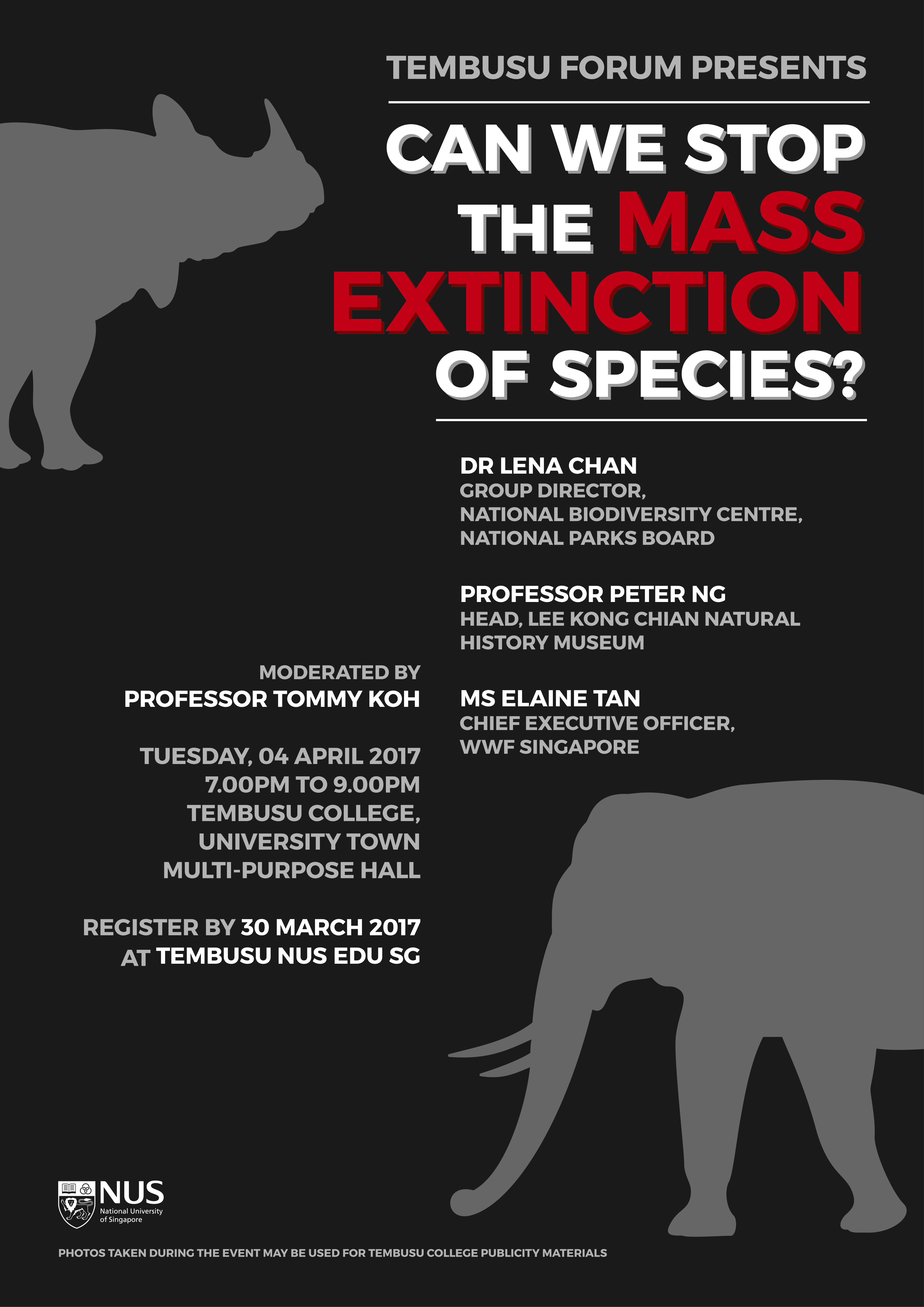 6.50pm:     All to be seated in Tembusu College Multi-purpose Hall

Dr Chan obtained her M.Sc. from McGill University, Canada, and her Ph. D. from Imperial College, the United Kingdom.   She worked on the Malaysian Conservation Strategy funded by World Wide Fund for Nature (Malaysia) from 1981 to 1987.  She has published numerous scientific papers and book chapters on conservation biology and ecology.

For the Tembusu Forum, Dr Chan will argue that mass extinction of the species is a sweeping statement that is meaningless.  Some of the larger animals might be threatened, as their survival requires large areas and also connecting migratory routes.  However, we continue to discover new species, make re-discoveries and new records, when we carry out biodiversity surveys.  The long-term survival of species depends on the intactness of the ecosystems that harbour them, even in cities.  We should continue to enhance, enrich and re-create a diversity of habitats for species as they are essential for the quality of life and our survival.

Professor Peter K. L. Ng is Head of Lee Kong Chian Natural History Museum, and Professor at the Department of Biological Sciences, Faculty of Science, National University of Singapore (NUS). He is a world-renowned expert in aquatic biodiversity, particularly in the systematics and diversity of decapod crustacean (crabs, lobsters, prawns). His scientific contributions have firmly established NUS and Singapore as a significant regional and international centre for carcinology (study of crustaceans). His standing in the regional and international scientific research community and close links to an extensive network of regional/international colleagues and collaborators, have also led to his being a key driver of/participant in various high profile multi-national collaborations and initiatives including: 1) Expedition Anambas (2002), a scientifically highly fruitful biological exploration of the Indonesian islands of Anambas and Natuna involving scientists and managers from almost all the South China Sea (SCS) states, which stemmed from the Workshop on Managing Potential Conflicts in the South China Sea; 2) various multinational research expeditions to megadiverse marine biodiversity hotspots such as the Philippines; and 3) various ASEAN and international workshops.

For the Tembusu Forum, Professor Ng will take the position that the “spate of mass extinctions, while tragic, is far from fatal to Planet Earth and life as a whole. It has happened before and will happen again. Nothing lasts forever anyway – not even species. So we should just be practical and not get overly sentimental or emotional. Whatever will be, will be – must be.”

Ms Elaine Tan is the CEO of WWF-Singapore (World Wide Fund for Nature Singapore), the world's largest conservation organisation with offices in about 100 countries.

With a 25-year career in strategic communications and leadership management, Elaine joined WWF in 2011 with valuable experience from the non-governmental organisation (NGO) and public sectors. Since joining WWF-Singapore, the organisation has grown its supporter and donor base to more than 90,000 and established itself as the go-to international NGO on environmental and conservation issues. Against a backdrop of complex environmental challenges and increased pressure on natural resources, WWF-Singapore works with stakeholders such as governments, corporates and communities to build a more sustainable future for Singapore.

In her larger remit to WWF globally, she is a Board Member of Earth Hour Global (the world’s largest ground-up movement for the environment) and a member of the Senior Executive Team of WWF’s Asia Pacific regional growth and strategy group, which oversees conservation funding for 20 offices across the region.

Elaine’s other achievements include successes with World Vision, an international humanitarian organisation. She led its fundraising, corporate marketing and communications team, and was responsible for the significant financial and donor growth of World Vision’s office in Singapore from 2004 to 2009.

You can find the writeup on the Forum here: Mass extinction analysed and NUS Newsletter, page 11 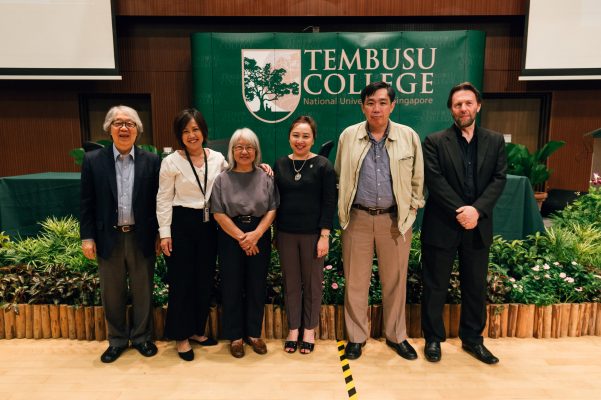 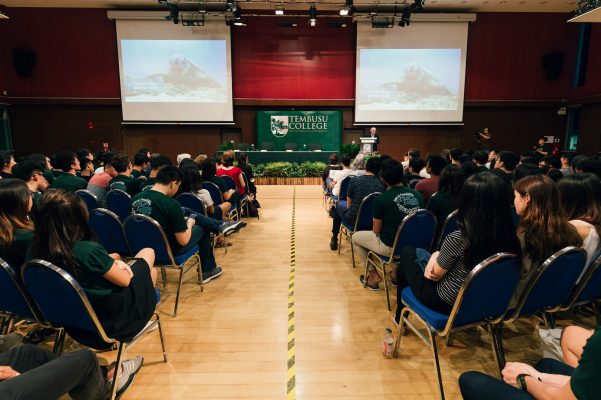 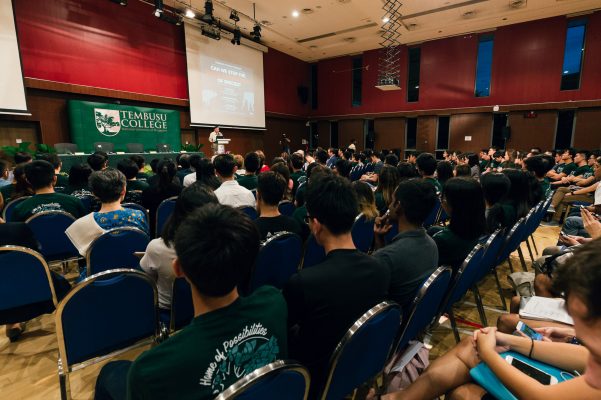 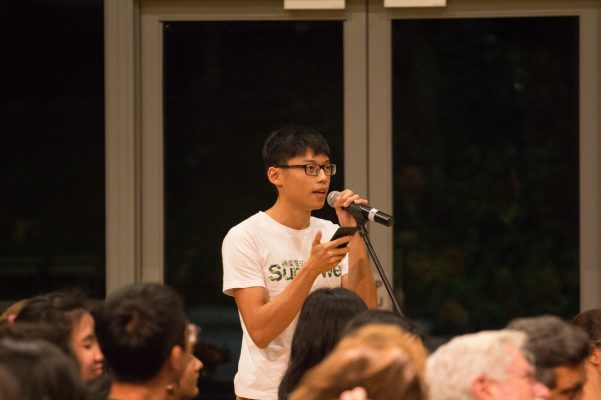 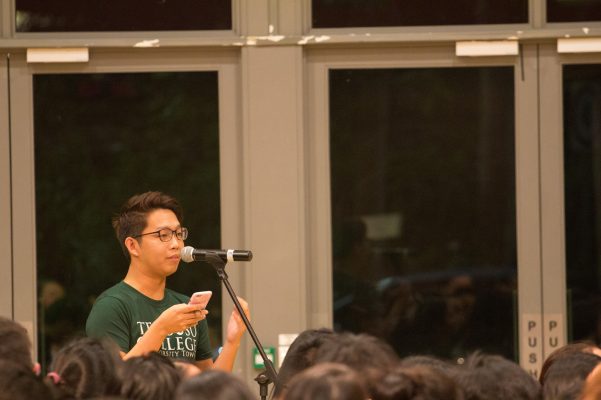 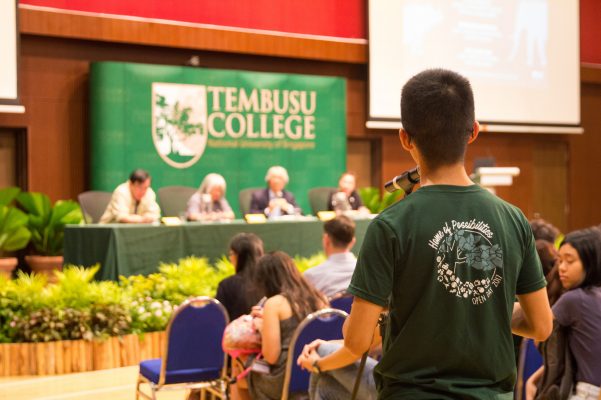 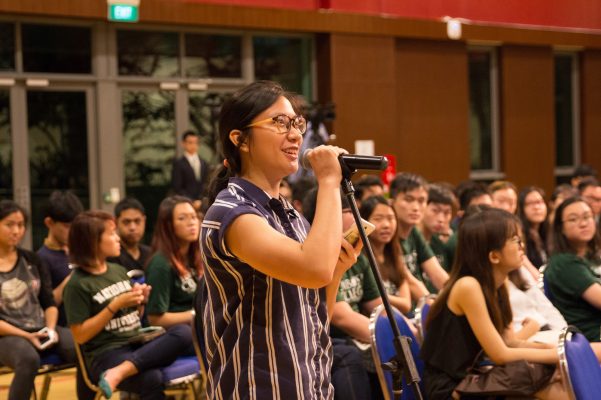 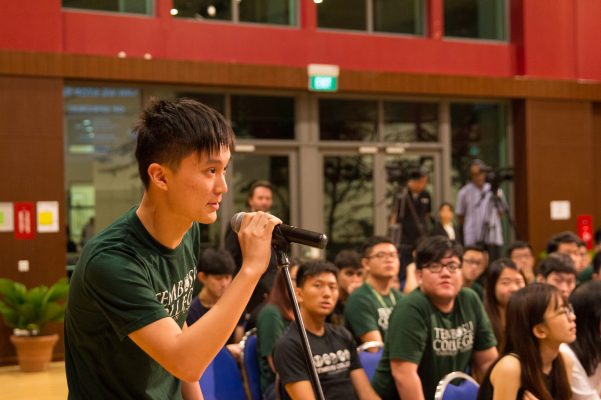 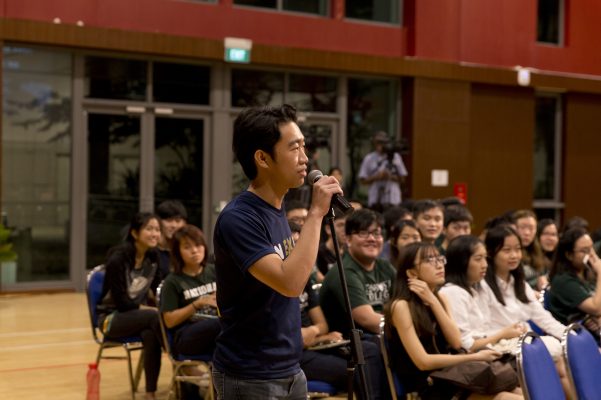