Into the heart of Borneo 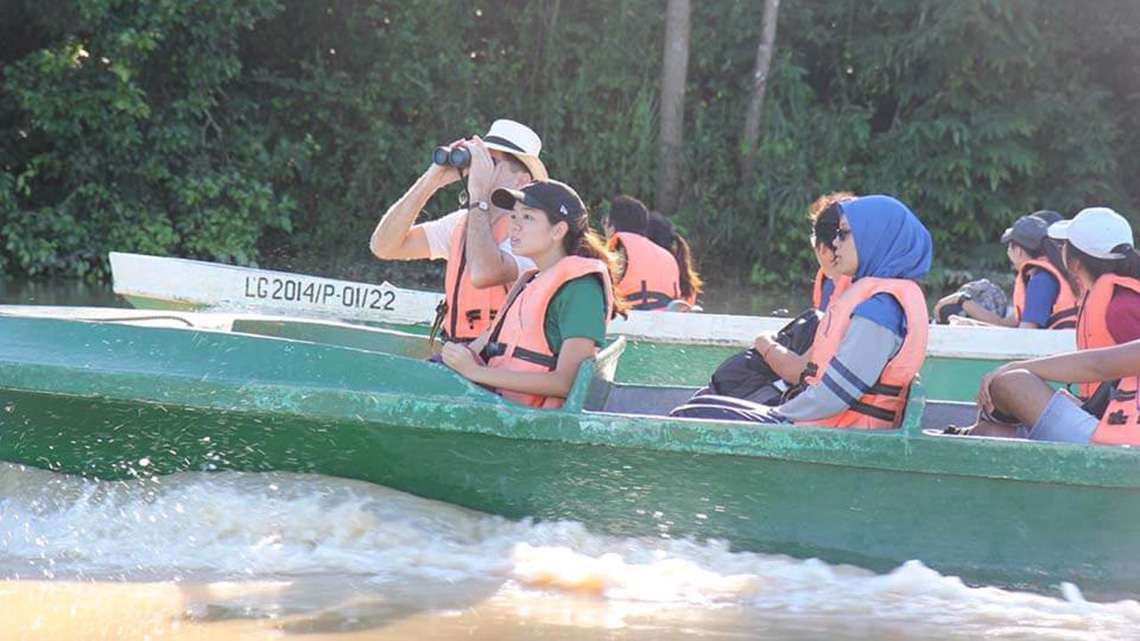 A group of 14 NUS students, led by historian of science Dr John van Wyhe from Tembusu College and NUS Biological Sciences, undertook an extraordinary expedition through Borneo from 8 to 20 May under the Study Trips for Engagement and EnRichment (STEER) programme to study the state of nature conservation on the world’s third-largest island.

The first stop was Kuching, the capital of Sarawak, Malaysia, where the team toured the historic city centre, including the Brooke Gallery housed in the 1880 Fort Margherita. They also visited Matang Wildlife Centre, home to hundreds of rescued animals including orangutans, sun bears, gibbons, hornbills, crocodiles and leopard cats, and learnt about the difficulties in rehabilitating wild animals that have spent too much time with humans, as pets for example.

The group then travelled by sea to Bako National Park under the expert guidance of a representative of the Malaysian Nature Society (Kuching Branch). Along the beaches and in the forests of Bako, they had close encounters with Langur monkeys, the bright-eyed Bornean bearded pig, fat-bellied Proboscis monkeys, a large tree snake, flying geckos and the strange Colugo or flying lemur, as well as many unique species of pitcher plants.

An unexpected flight cancellation left them stranded overnight in Kuching. However, the students managed to salvage the expedition by splitting into groups to book accommodation and a next-day flight to Mulu on a small twin-engine aircraft. As they flew over Sarawak, they saw vast geometric blocks of oil palm plantations rapidly replacing Borneo’s native forest, which gave way to a multicoloured carpet of virgin forest as they briefly crossed the Bruneian border.

At Gunung Mulu National Park in Sarawak, the group visited the village of Batu Bungan, accompanied by a local Penan guide. The Penan were, until recently, hunter gatherers in the forests of Borneo and, remarkably, there are still about 300 Penan living as nomads in the area. It was here also that Dr van Wyhe was particularly excited to spot one of the most beautiful insects in the world, the Rajah Brooke butterfly, first discovered in Sarawak by famed naturalist Alfred Russel Wallace in 1855. 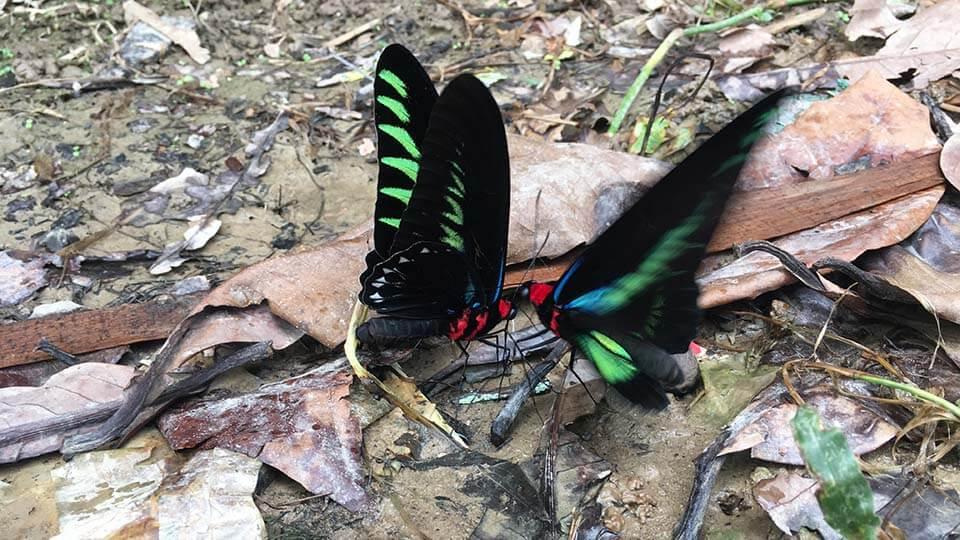 Next up were the famous limestone caves, nesting place of millions of birds and bats. That evening, the group caught a breathtaking display of the nightly exodus of millions of bats spiralling up into the sky.

The expedition travelled next to Brunei where they were hosted by staff and students of the Universiti Brunei Darussalam. After a long boat voyage to the Kuala Belalong field studies centre deep in the jungle, they saw more unique wildlife and had the opportunity to meet modern-day Wallaces — researchers discovering and collecting new species. They also met Mr Lim Hong Huai and Mr Raymond Chew, Singapore’s High Commissioner and Deputy High Commissioner to Negara Brunei Darussalam respectively.

The group then flew to Kota Kinabalu in Sabah where they toured the Sabah Museum, a natural history and cultural museum, before heading to Sandakan and meeting members of the eco-tourism and conservation group APE Malaysia. Under their guidance, the group visited the Sepilok Orangutan Rehabilitation Centre within the Kabili-Sepilok Forest Reserve, where they got up close and personal with orangutans, sun bears and brightly-coloured short-tailed macaques.

At the tiny village of Sukau along the Kinabatangan River, they spotted a myriad of beautiful species such as the Serpent eagle, Black eagle, Purple heron, Stork-billed kingfisher, and the giant Storm stork, of which less than 500 survive in the wild. The group also helped to plant 100 native tree saplings in a part of the forest destroyed by logging, and were treated to dinner in a house on stilts by a local family. 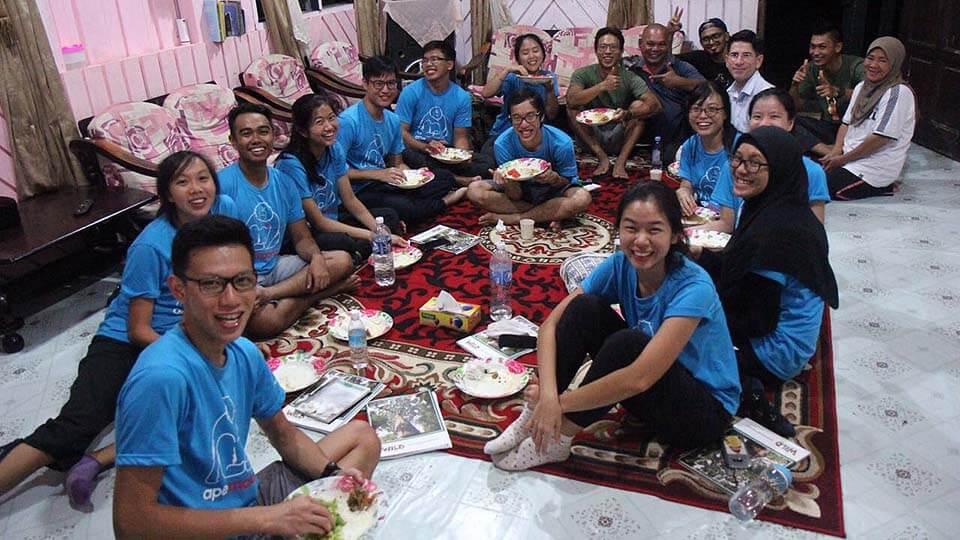 Having a meal with a local family in Sukau

A highlight of the trip happened on the final river cruise, where the students witnessed, from only a few meters away, a group of Pygmy elephants feeding by the water’s edge, and heard the distinctive trumpeting emanating from the nearby forest. They also observed, enthralled, a wild female orangutan and her child high up in the branches.

Save for a few bumps, bites and bruises, the team returned safely to Singapore with experiences of the region to last a lifetime.